Embodied Learning: It’s Not What you Think. 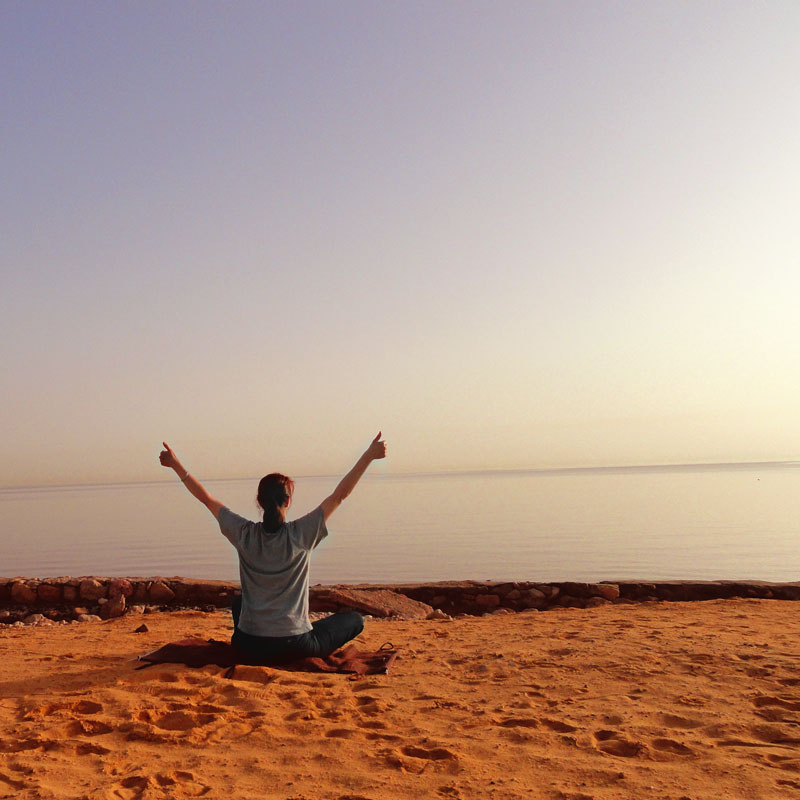 All learning is bodily, beginning through the senses.

In the Yoga Sutras, the five senses are called Jnanendriyas (entrance doors): smell, taste, sight, touch, and hearing. These are accompanied, or complemented by the five Karmendriyas (exit doors, or means of expression): elimination, procreation, movement, grasping, and speaking.

Between the entrance doors and the exit doors—between sensory perception and action—lies the mind. Sort of.

Central to yoga and Buddhist philosophy is the idea that the mind itself is an illusion. Believing in this illusion is one of the primary sources of ignorance (avidya).

The mind thinks that it is necessary that we think; in order to transform sensory perceptions into actions. In fact, thoughts are themselves a sixth form of sensation, but separate from the five jnanendriyas, for they do not act as an entrance door. Instead they are a wholly internal sensation, sort of an access to an inner landscape: fantasy and delusion, among other things.

How can we close that gap between perception and action, between “mind” and body?

What tools do we have for seeking clarity between mind and body?

For a start we can practice working with: breath; awareness; asana; mantras; meditation.

Meditation encompasses most of those things. Meditation is, ideally, a mode of “being within”, which through sustained practice clears away the thinking that clouds awareness. Through meditation we can be a “witness” rather than the “thinking being”. As witness, we can observe thoughts as they come and go, rising and falling or ebbing and flowing, like waves on the beach (see Balancing Effort and Surrender).

As witness, we become more acutely aware of our senses, unclouded by thoughts. Among the various yoga practices available to help us to sharpen this focus are: pranayama (breathing), drishti (visual focus), mantra (vocalization), mudra (touch), and pratyahara (sense withdrawal).

An asana practice, ideally, aims to tune out of the multi-tasking, outwardly focused, concerned about everyone else busy-ness of everyday life and tune into the details and subtleties of one’s self. Intense listening and following instructions is part of this focusing—but it runs the risk of taking away from the self-determination of the student.

There is a long yoga tradition in which the student must surrender to the teacher, on the way to surrendering the ego to the higher self. While surrendering the ego may be the ultimate objective of an intense asana practice, more immediately, the exercises seek to sharpen the practitioners’ focus on the inner world, sharpening and clarifying awareness, creating a stronger, keener witness; witnessing the bodily sensations and the associated thoughts by way of creating a space between those sensations and thoughts.

We can gradually move this witnessing off the mat and into everyday life, hopefully creating a space between sensation / perception and action / reaction; a space in which to pause before reacting; a space from which we can assume control of our actions.

According to neurologist Viktor E. Frankl:

“Between stimulus and response there is a space. In that space is our power to choose our response. In our response lies our growth and freedom.”

The autonomous nervous system controls our involuntary organ functions, including heartbeat, breathing, liver, digestion, waste elimination and so on. By involuntary we mean that it works independently of what we want, and whether we’re paying attention or not.

What’s most important in terms of learning is that repeated activity, repeated patterns of behaviour, lays down neural pathways through these nervous systems—and these pathways can be altered by changing the patterns.

One of the most accessible ways of doing this is through pranayama (breath work). Although breathing is an involuntary organ function—meaning we will breathe whether we work at it or not—our somatic system (nerves, muscles, diaphragm) gives us control over some of those muscles, and we can consciously control how we breathe.

By controlling how we breathe, we provide feedback to the autonomous nervous system, such that we can interfere with, and even fundamentally alter or change our fight or flight responses (among other things).

Some people maintain that the fight or flight response is pre-cognitive—that our reaction to certain stimuli is beyond our control because it happens before we have a chance to think about whether to, and how to, react to the perceived threat.

Although this is the default action, it is not the only possibility. Martial arts training, for example, prepares for these stimuli, and trains responses to these stimuli, such that the response (although possibly remaining pre-cognitive) is a different one than before training.

Similarly, witnessing our thoughts, sensations and reactions provides an opportunity and the ability to step into that space between stimulus and response. This frees us to choose how we respond. We can’t control the stressor but we can choose our response.

In short: on one hand, you are not in control of your autonomous nervous system.

On the other hand, you can take control of one part of it: the breath.

Our body / being is highly responsive to environmental factors, to stimuli provided by the world around us (through the five jnanendriyas). And our life history is one of well-trodden paths—habitual and learned responses to these stimuli.

The repetition of these responses has laid down deep neural pathways that make it highly likely that we will respond the same way again the next time we experience a familiar stimulus. If we continue living in our inherited ignorance, these responses are precognitive, and beyond our control.

To change to mindfully, consciously, knowingly change. Therein “lies our growth and our freedom”.