How to Turn Tough Times into Triumphs. 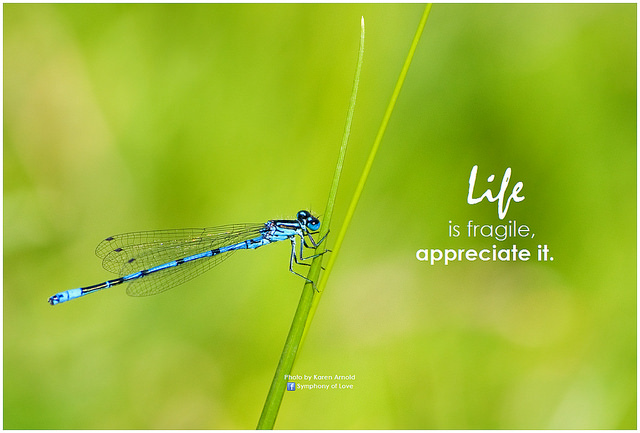 *Editor’s Note: No website is designed to, and can not be construed to, provide actual medical advice, professional diagnosis or treatment to you or anyone. Elephant is not intended as a substitute for medical or professional advice, care or treatment.
~

“It is always consoling to think of suicide: in that way one gets through many a bad night.” ~ Friedrich Nietzsche

She showed up at my course three days after attempting suicide.

She found her husband’s hand gun, took aim, pulled the trigger and missed. The bullet screamed past her head and hit the thermostat resting innocently on the wall.

By the time her husband, a jeweler, arrived home she was pouring over the thermostat and its manual attempting to fix it and weeping.

Now, two decades later she is alive and well; they have a new thermostat and she has the will to live.

She taught me much about life and death during that course having recently visited both.

The thermostat took a bullet for her.

Joan (not her real name) had never fired a gun before.

The thermostat was a small target for her first shot.

When ending her life made sense to her she was in a very dark place. She felt horrible, fat, unwanted and worthless.

All of these were qualities, not of Joan herself, but of her mind. They were mutinous thoughts that had overturned her priorities and rationality. The predominate result of these was a sensation of claustrophobia.

Her decision to shoot herself wasn’t to end her life, it was to free herself from the tight darkness of the abyss she found herself in.

So, she wasn’t trying to kill herself, but to free herself.

When people commit suicide it is because death seems like their best, even sensible alternative.

As I spoke with Joan it became obvious that she had lived a life with few alternatives. Introducing her to the idea of cultivating options, alternative thoughts and behaviors not only fostered her creativity but it likely saved her life.

Her exploration began simply. We went out onto the driveway and I suggested that she walk to the garage, about 20 feet way. She began to walk, focusing her attention on her destination, the garage.

I suggested that instead of looking ahead that she actually notice each step. This provided an easy alternative for her. Now she had two options, which is what she needed when she pulled the trigger that day, two or more options.

We spent the next half hour exploring other alternatives for getting to the garage including walking all sorts of funny ways, crawling, whistling while she walked, skipping, focusing her attention on other things as she walked and many more.

Joan lightened up noticeably as alternatives made each moment more interesting and less rutted.

It didn’t take long for Joan to add alternatives to every aspect of her life. She, in effect, turned the funnel—that directing her to suicide as the best decision—upside down. Now she had many, many alternatives and was a pro at generating more.

Many years later Joan is alive and well. A new thermostat cost only 29 bones and her life is priceless to her.

Trapped by those loud, troublesome thoughts.

All her attention was focused on that small group of thoughts with none of it left over for her body.

She wanted to escape the thoughts so badly she didn’t care if she put a hole in her head.

Returning to attention on her body was the next powerful step for Joan.

Her body transformed from simply being too fat, which her mind had suggested repeatedly, to beautiful, capable of endless sensations running the gamut from grand pleasure to pain. At any point in time her body could offer her sensations that grounded her on Earth, reminding her that she was here.

She felt her feet on the Earth, the warmth of late spring in the air, and the sensations, tastes and smells of eating a hamburger for lunch.

Attention focused on her body reminded her that she really has a lot to live for: no matter what her mind says to the contrary.

Bodies want to live, they gulp for air; returning attention to her body reminded her of the preciousness of life.

Seeing the way to freedom.

Attention on her body reminded Joan to feel.

But she still needed more light and lightness. She needed an alternative to the continued lectures and thrashing that her negative thoughts offered her.

That was easy to provide. Minds offer endless, ongoing conversations, judgmental commentary about how good or bad we are.

In Joan’s case the conversations turned bad and then worse.

Relief for her, and for many clients I have worked with is as simple as focusing our eyes upward, which offers the experience of exiting the world of ongoing conversations and entering the visual world where there are no judgements.

The moment Joan focused her eyes upward she lightened up, smiled and laughed quietly to herself.

She got out of her head and into a world of pretty pictures. Pictures that went by at the speed of light reminding her that nothing lasts. The best and the worst of life are only temporary.

Joan practiced focusing her attention upward, into pictures until it became natural. It only took a few minutes, and turbo charged the other changes she was making in her life.

Three weeks after her suicide attempt Joan and her husband went to the gun range.

There she donned the mandatory safety glasses and ear mufflers. She quickly became a good shot, able to hit a can at 20 yards consistently.

On the way home from the range Joan joked with her husband. They considered numerous alternatives for the route home, setting on one that neither of them had taken before.

Had things gone even a little differently Joan wouldn’t be with us today.

Actually, life for all of us is quite fragile. We are all so close to not being here: so we may as well make the best of each moment we have.

This is one fine pleasure planet and we are here for a limited engagement; enjoy the ups, downs and in-betweens.

“The bravest thing I ever did was continuing my life when I wanted to die.”  ~ Juliette Lewis