I Can Never Forgive You. 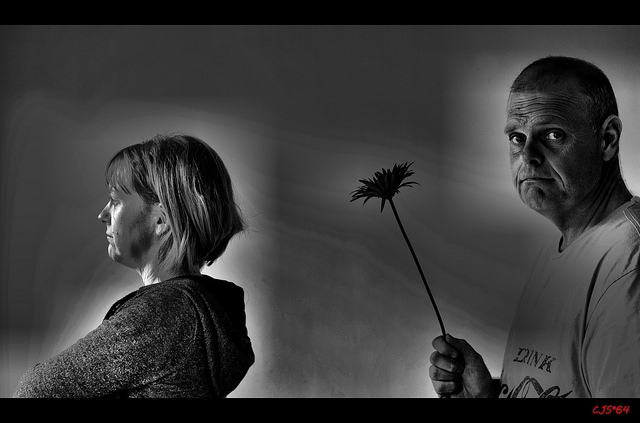 I have a few things that I can’t seem to forgive.

I live with these things bumping around inside—bruising and hurting—and have lived with them a long time…some longer than others.

I, like Brene Brown—who says she worked on forgiveness for 10 years—have been letting the notion of forgiveness steep inside me for a long time, mulling it over, periodically pulling out my still-needs-to-be-forgiven incidents to see if I can fit a square peg into that round hole once more.

I was relieved when I heard her say she rumbled with forgiveness for 10 years. I was beginning to lose hope for myself and for forgiveness, beginning to think we would never hook up, never even be able to be in the same room together. To find out that someone else had also been struggling with it for so many years, put me in good, albeit stubborn, company.

I am aware of the famous quote: “Holding on to anger and resentment is like drinking poison and expecting the other person to die.” I know I should forgive. I know it only hurts me and not my forgivees. I want to forgive. But I just can’t seem to make/let it happen in some situations.

“In order for forgiveness to happen, something has to die.” ~ Rev. Joe Reynolds

So, a few mornings ago, when I once again heard Brene tell the story of how she had worked on forgiveness for 10 years and then heard her pastor in church say the “something has to die” line, so that the pieces finally fell together for her, I found myself wondering if maybe that was the piece that was missing for me too.

I felt some hope—mixed with dread at the thought of death and grieving—that forgiveness might be possible for me.

Three days later I was still thinking about the dying—and trying on the grief that must necessarily follow death. I didn’t want to grieve. But I thought Joe and Brene might be correct. I think I might have to let something die in order to be able to forgive.

There are incidences from the past that still bring up pain and anger, even though I understand why the person did what they had to do. Is that forgiveness, the understanding of the cause? Or maybe some form of forgiveness? When I agree with them and see their point and am even kind of glad they did it that way, but still feel the pain it caused me at that time?

Maybe I don’t understand what forgiveness really is. A quick Bing search brought up:

Forgiveness is the intentional and voluntary process by which a victim undergoes a change in feelings and attitude regarding an offense, lets go of negative emotions such as vengefulness, with an increased ability to wish the offender well. Forgiveness is different from condoning (failing to see the action as wrong and in need of forgiveness), excusing (not holding the offender as responsible for the action), pardoning (granted by a representative of society, such as a judge), forgetting (removing awareness of the offense from consciousness), and reconciliation (restoration of a relationship).

I am finding that there is in me a small, slippery part that thinks my lack of forgiveness provides me with something useful and justified. It provides me with a type of book/place mark, a reminder, of sorts.

By hanging on to the resentment, pain, anger, etc., so that it brings up the pain every time I think of it, I don’t ever allow myself to forget to protect myself against such instances. I think, after many years of working on this for myself, that that is what lack of forgiveness means for me: defense.

And indeed, to let go of my pain and anger, almost seems like a betrayal of myself. Because if I succeed in letting those place markers die, mourn their loss and manage to be able to forgive and move on, don’t I leave myself wide open to further pain and possible hurt?

If I forgive that person, then what defense do I have to stop them from harming me again? What reminds me that I must keep my guard up against them and those like them? And why do I think that my defensive stance would stop anyone from hurting me again? That’s not going to stop anyone from offending or harming me. It’s just stopping me from living fully.

Lack of forgiveness holds the pain that never lets me forget—and never lets me rest. And I am tired; I want to rest from this lifelong vigil.

Lack of forgiveness also allows me to feel superior to the offender. Even if I never say it out loud, I get to think things like, “Well at least I never did that!” in comparison when I somehow hurt someone else. So apparently, I have degrees/hierarchies of offense, and if I judge your offense/faux pas as worse than mine, then in some sick, convoluted way, I win and you lose.

Is it a simple tit for tat, then, for me? I can’t let go because I might need that pain for ammunition some time in the future to use against you—even if it’s only in my own mind? Wow. Yuck.

So, more determined than ever to resolve this lifelong dilemma after those lovely discoveries, I am still exploring what might need to die. After much thought this last week and after watching Brene’s video several more times, I think it is ideas I hold that have to die.

Why has it taken me so long to realize and face the fact that it is not always possible to avoid hurting others, even when I am doing the best I can—even when I am making aware, conscious, heart-centered, well-thought-out decisions?

Sometimes we must make difficult, hard-won, unpopular decisions based on our ethics, morals, obligations and beliefs. When we make these decisions, perhaps even choosing the lesser of two (or more) evils, we can expect that not everyone is going to like our decisions. And we can also expect that our decision may hurt someone. That someone may be a person we dearly love, respect and admire—someone we are close to.

I cannot ask anyone, even someone I carefully love, to go against what they know is right for them, in order to keep from hurting me. I just can’t justify that in any way—even when the pain it might cause may be bumping around in here for years.

Followed by Forgiveness and Release, those two bedfellows who travel closely, gracefully and mercifully together.