Me, Myself & I—How to Recognise the Different Parts of Ourselves & Get them Communicating. 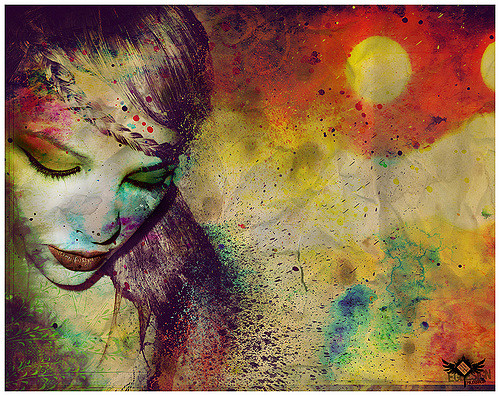 Have you ever noticed that there isn’t just one of you?

I’m not meaning that in a “you’re crazy” kind of way. I’m not talking dissociative identity disorder/multiple personality. Simply, it means that there isn’t just one version of us. Any of us.

One of the things I love about my work is that I never know who’s going to walk in through the door. Every day, someone new walks into my consulting room, and we talk together for a while. I guess that’s no real surprise, given that I’m a psychotherapist and that’s what psychotherapists tend to do. However, what might be more of a surprise is that they’re all the same person!

We all have those three people too. Every single one of us. It’s how this adventure we call life works; it’s what creates the drama, and the learning.

First, let me tell you about “Beth.”

Beth phoned me a few days ago to see about making an appointment. She was anxious, apologetic. She told me she thought she was being silly, and should be able to deal with this herself. She felt she was wasting my time. There were people with far worse problems than hers; she was sure I’d think she had no business being here.

I, on the other hand, was already hearing one of those people I’ve just been talking about.

“Beth” walks in the door, flustered. She apologises again for troubling me, then asks if I want her to take her shoes off as she’s aware of my nice clean carpet. I tell her no, it’s fine, and ask her just to wipe her feet and if she’d like to hang her coat up. She declines, then comes in and sits bolt upright on the edge of her chair, holding her folded up coat tightly on her lap along with her swelling briefcase. She looks burdened from carrying far too much, but clearly feels unable to put any of it down, or accept help.

I invite her to tell me some of what’s brought her here. Everything comes spilling out. Beth’s in a highly pressured job, and is responsible for a team of people she tries to protect at all costs. She’s about to be promoted again, and this will take her way beyond her comfort zone. She’s already on the edge. She turned up today to find her boss had decided to fly off on a business trip at short notice, leaving her to lead a meeting and give a presentation she only learned about when she arrived at work. She’d broken down and had one of her “usual almighty melt downs.” However, she’s quick to tell me she wasn’t cross with her boss, as she owes him a lot.

I say I can see how stressful that would have been, for anyone, but she instantly jumps in, wanting to tell me just what “almighty melt down” means. She describes in horror how she turns into someone else.

Beth Two, or “Myself”

The Beth she turns into shouts, screams, sobs, flings herself down in her office, head on her arms on her desk, while her anxious team waits around helpless and without direction. She tells me she doesn’t want them to see it’s too much because they’ve got enough on their plate already. She describes the shame of having to try to pull herself together enough to make herself stay, when every part of her wants to push past everyone and run away. She looks up at me, tear-stained and crumpled over her coat and bag. She takes a tissue at my invitation, and blows her nose loudly. She looks about eight years old; she’s nearly 40.

So, it’s time to help Beth to start to think about all this in a different way. To begin to start looking at the different parts of herself, get them talking. I suggest to her that I’m observing two different Beths in the room. One is the Beth who’s sitting there, stressed and exhausted, over-burdened and frightened, feeling like she should be able to cope but feeling ashamed that she can’t. And that this Beth seems to be feeling like she’s got to be a grown up, when actually she’s not feeling very grown up at all. She nods.

Then I say that there’s another Beth I can see. This Beth thinks it’s silly to feel unable to cope or to not know what to do. This Beth also feels she mustn’t be a trouble, and must protect and look after everybody else. I say that I’m thinking back to what she said about wanting to run away, and am wondering when a younger Beth maybe felt like that, too. I point out how she’d said she wasn’t cross with her boss because she owed him a lot, even though he’d let her down. I wonder if she’d ever felt like this before—burdened, frightened, let down and having to carry too much? If there’d been other times, when she was younger, perhaps, that she’d felt like having an almighty melt down and just running away, but wasn’t able to because she owed someone a lot?

I’m appealing to a different Beth now: the Beth who can observe and make connections, find steadiness and calm, move out of, and beyond, both “Me” and “Myself.” I’m speaking now to Beth’s “I.”

Beth halts in her tracks, and stares at me as all the pennies start to fall into place. It’s like a domino rally. Beth three, her “I, The Observer, Self,” is realising how Beth One, her “Me Now Self,” is behaving just like Beth Two, her “Myself Back Then Self” used to want to behave when her Dad would suddenly disappear for no reason, leaving her Mum distraught and unable to cope.

She describes how she, Beth, would be the one to try to look after her and pick up the pieces, how she hadn’t known what to do, how part of her had wanted to run and another part had wanted to sob. But that she could never be angry, because she needed them both.

And finally, we’re there.

The different parts are able, at last, to see each other and speak to each other. Beth’s observer self—her “I, The Observer, Self”—can look down the illusory tunnel of time and see exactly what’s going on. The repeat, the mirror, the game, the learning, the gift. And, seeing that, she can move beyond it and into her leading edge, her now wiser, up-to-the-minute, spiritually evolving and insightful self. Beth’s moving back into her “I Am Presence.” The drama’s easing, the crisis is passing. The work’s being done.

Don’t you have to just look on in absolute awe at us all?