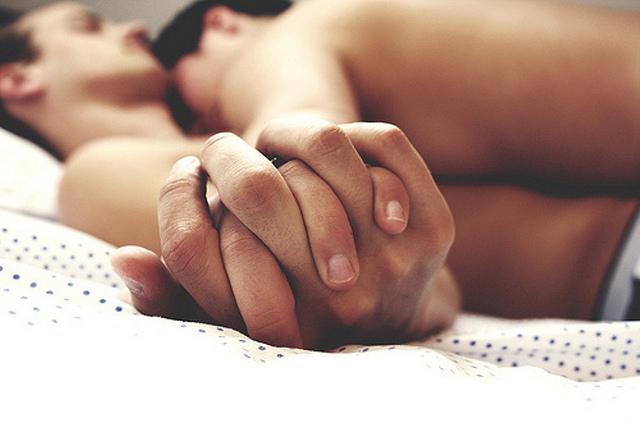 Last year, I was closing out my second year post divorce and lamenting how it was actually more difficult than the first.

I think in those first few months or year after coming out a long term relationship whether you were married or not, you’re just in shock and then survival mode. So although there are lots of tears, and an inordinate amount of deep-seated pain, we kind of glide through it all as if on a cloud…because the whole thing is pretty surreal.

By the second year, that cloud tends to dissipate and propel you flat on your ass from thousands of feet in the air.

When you hit the ground, you hit it hard.

Let me tell you, it hurts.

Up until that point, I had closed myself and my heart off into a tiny little box to protect it. There were men…quite a few, in fact, that came in and ultimately left because I was not in any position to give anything of myself.

The ones I did feel something for, I fought. I fought every vulnerable feeling that came up like I was battling a terminal disease, leaving them exasperated and finally resigned that I was not going to give in and allow myself to be loved.

I had done a whole lot of healing during those two years, but if I’m perfectly honest, I was totally over myself by that point. I was caught between the burning desire within me that was longing with such passion for real intimacy with a man and the complete terror of what would be required of me to have it.

Fear had me paralyzed. Normally strong, confident, sassy, self-assured Me was full of it—fear of being vulnerable, fear of allowing a man to know the real me, fear of being exposed that I wasn’t “enough.”

Let’s face it, I’m telling millions of other people’s stories here. So many of us are filled with fear. We’ve all been hurt before. Nobody has been immune from a broken heart. But we allow it to hold us back from real intimacy and connection with other people. We allow what’s happened in our past to completely void out the possibility of manifesting anything better for the future.

I let all of that go over New Years.

“We are not held back by the love we didn’t receive in the past, but by the love we’re not extending in the present.” Marianne Williamson.

The first day I met Jennifer Pastiloff at one of her retreats, she was handing out leather bracelets ingrained with the inscription, “I Have Done love.” I fell in love with it immediately. But when I considered purchasing it, my cynical mind immediately went to the place of, “You can’t wear that. You aren’t doing love right now. You don’t even believe in it anymore.”

Which I knew was the kind of thinking I had to let go of if I wanted to find it again.

During that retreat, I listened to many other women like me talk about wanting to manifest love but being terrified of getting hurt again. It’s a common theme we hear and share every day with people who will listen. But I realized somewhere on that last day that I wasn’t going to allow fear to hold me back from having that anymore.

I realized that I deserve to be loved and the only thing that was stopping me was me.

We can’t allow another human being to truly get to know us, on that deep, real, raw level if we’re holding onto fear. If we’re afraid of how we’re going to come across, that we might be judged, that our feelings may not be reciprocated, we will never have what we truly want.

Intimacy comes from being vulnerable. It comes when we become willing to put ourselves out there. It shows up in our lives when we stop playing the cat and mouse game and acknowledge that we’re starting to feel something for another person, and we’re willing to explore that and not run in the other direction so that person can’t hurt us first.

I’ve had real intimacy. It’s beautiful and magical and I wouldn’t trade it in for one second despite having let it slip from my grasp and then gone through all the pain that ensured from that loss.

I have been fortunate enough to have real love and intimacy with a few amazing men throughout my life and not everyone can say that. Some of us have allowed fear to prevent us from ever feeling it at all.

So if we really want it, there’s only one thing left to do: step into the fear and walk through it, knowing that nobody ever died of a broken heart.

And it will be worth it to be able to say the words again one day… “I have done love.”