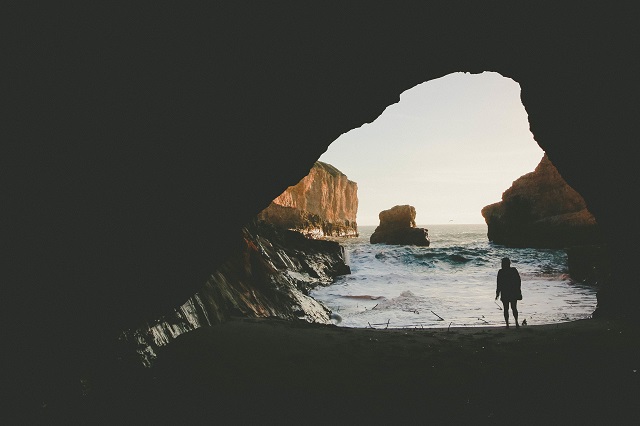 I have been told that I am obnoxiously optimistic, and it is true.

Although happy is my default, I have my bad days, my hurt feelings and my resentments—reminders that enlightenment is a process not an achievement.

There are times when being positive can be exhausting.

For decades I pretended that I had no “negative” emotions. Everyone loves happy, giving girls right? Nobody wants to hear about anger, sadness and fear.

Imprisoned by the chains of bitterness from always putting others first, I fought to free myself. Like many, I struggled  to convince myself that love for me endures even when I disagree, feel darkness or am a total bitch.

I thought I was doing well, until I felt infatuation—intoxication—for the first time in what seemed like an eternity. He encouraged me to be authentic, but he had his own demons and would withdraw from me from time to time.

Still believing that my worth was dependent on someone else’s perception of me, I did what I thought would work to stop the withdrawal. I would be positive, happy and vacuous. This was a role I had experience playing, so I slipped right back into character.

In a complete absence of vigilance and diligence for my personal expansion, I retreated to my comfort zone of people-pleasing and incongruence. At least he would not take away the light of his attention and support, or so I thought. Why would I think that to keep him around I had to lose me?

The energy of resentment and helplessness started to build.

Fear blinded me to the inevitable disaster. Ironically on the fourth of July (Independence Day), fueled by the deadly trifecta of too much alcohol, anger and disappointment, I came completely unhinged with a simple comment. Physically and emotionally out of control, I lashed out with my hands, my words and all the “negative” emotions I had stockpiled. A tornado has less power than the terrifying magnitude of my rage.

In the aftermath of that explosion, afraid and ashamed, I wrote down the raw emotions I felt.

She tries to bring him up to soar with her.

Attempting to align his soul with hers.

She flies, her heart filled with wonder at the feel of his hand in hers,

Encouraged by his smile and touch.

Feeling unworthy of happiness, he releases her hand,

A deep cavern where he can revel in the comfort of his shame and sorrow.

She follows him into the darkness,

Barely able to see the brightness she left behind.

Strangling on the grief and misery.

Craving his touch, she slowly extends her hand, which he pushes away.

Spewing out all the hopelessness, anger and bleakness she absorbed in her pursuit.

She crawls back toward the warmth of the sun.

Ascending, soaring once again, with a hopeful look back.

Sometimes we get a second chance to behave like a compassionate, productive human being, and I was lucky to get this gift. This man was able to separate my explosion from all the things he knew and respected about me as a human being.

He tells me often that we are all perfectly imperfect, and in an act of grace and mercy found forgiveness for what I thought was unforgiveable behavior. In that reprieve I found the strength to overcome my emotional defaults and self defeating behaviors. I offer myself compassion and realize that decades formed them and I have no magic other than my will to make them dissipate.

Eradication may be impossible, but we can develop an awareness of the behaviors that get in the way of our growth.

We may never get completely over fear of abandonment which prompts people-pleasing, but we can recognize the physical and emotional cues that this triggers. I tell myself to “sit still” when I feel the need to emotionally chase or run from someone.

Co-dependence plagues many of us to the extent that we cannot recognize ourselves outside of the relationships we have. While our default may be to live for someone else or feel uncomfortable in our own skin, we can take small steps to establish some independence whether through self care or exercises in empowerment. I hope that I am communicating to my teenage daughters that they are whole outside of a relationship and so get to choose who they love.

Fear rules the lives of many who have suffered from abuse. This fear is not always rational and can preclude us from trusting relationships even with family and friends. Although the fight or flight response may never go away, acknowledging it can allow us to calm the panic and isolate the feelings until they can roll over us like the waves they are.

I coach people to take notice of the flush and rise in blood pressure that indicates fear and panic are asserting themselves, so that they can do something for calm—like exercise, meditation or just some deep breaths.

We all have emotional defaults, some of them are healthy and some defeating.

We can choose to be afflicted—victims of our own thoughts and beliefs, or we can cultivate awareness and compassion for our fragility and keep moving forward.

5 Ways we can Kick Fear in the Teeth and get on with our Lives. 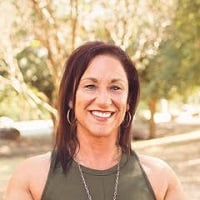