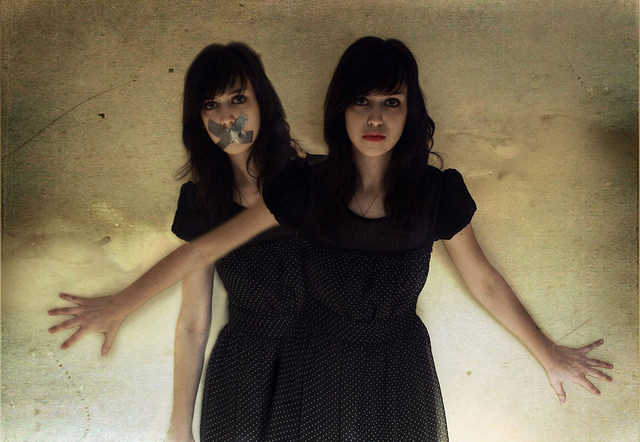 I grew up with someone who was mentally, emotionally and physically abusive.

They told me I was stupid, ugly, lazy, disgusting and fat. They made me feel small and worthless.

“No one likes you.” “Suck it up.” “You can’t do anything right!” This is what they told me. It was especially vicious when I needed love the most—when I struggled to get out of bed each day, socialize and attempt to do the things I valued.

This particular someone said I needed to fix my hair this way or that, put on some more make-up and lose weight. These were things I’d never considered as a child, but I suppose they were influenced by society.

I forever had images of “perfect” girls shoved under my nose. “Look more like her,” they said. I felt so insignificant, ashamed and crushed viewing those images. I wanted to be loved the way they loved these women. I wanted to be seen the way they saw them. Sometimes, they’d make comments about how pretty or thin I used to be—back before I, “let myself go.” I feared I was growing uglier as I was aging. It seemed unbearable.

The mirror became an obsession, and I’d stand in front of it sometimes for hours as I checked my body and face. I’d imagine myself with thinner thighs, a smaller waist, tinier arms, longer hair, straighter teeth, a smaller nose (which they’d pointed out was unfortunately larger than others’) and more pronounced cheekbones.

I didn’t ever feel pretty.

Soon, this person began the real physical abuse. Since I wasn’t measuring up to their ideal, they told me to lose weight. This meant eating less. In fact, they tried to stop me from eating during the day. I’d sneak bits of fruit here and there, feeling safe that the calories in it were low enough that I’d still lose weight. I drank tea and forced myself to avoid everything else—especially anything containing fat.

They watched closely, and if I ever slipped up, they’d lash out and insult me.

I felt so victimized, so low, so worthless, so stupid and so inept. I’d see my friends eat and wonder how it was fair that they were still loved and accepted while I couldn’t be. I became jealous of the girls who could eat whatever they wished and remain thin. Yet out of my fear, I wanted to please this person and thus avoid being violently disgraced. I was terrified of further pain, but the torture was real.

Sometimes I couldn’t help but eat—a lot. It seemed the more I was restricted, the less control I had over the portions I did eat. Sometimes, I was so oppressed that all I could fantasize about was food, and when I could eat something other than fruit or salad. I began to binge when no one was around, shoving my mouth full of any taste I could find and reveling in the blissful burst of flavors. Afterwards, it left me feeling sick, miserable, ashamed and filled with self-loathing.

When they found out what I’d done, they’d brutally assault me with words until I felt so low, so unloved and rejected, so grotesque that I wanted to die.

This person was my worst nightmare, but I felt stuck. They kept my self-esteem so low that I didn’t love or accept myself at all. I avoided doing anything I enjoyed because of my belief that I was not worthy of it, that I was an utter failure, that I was hopeless. It left me extremely anxious and depressed, lost, lonely and scared.

And the worst part of it all, is that “someone” was me.

It had been this way for as long as I could remember.

Why was it so hard for me to accept myself? Why couldn’t I be kind? Why did I stand in front of that mirror and dislike what I saw so much that it brought me to tears of anger and frustration? Why was I so lazy, so weak, so needy? Why was my body so inherently “wrong” while other women—tall, leggy, toned and beautiful—were so right?

It wasn’t fair, and I felt hopeless. While I’d been told my whole life I that I had a pretty face, and I was both tall and leggy, I didn’t feel good enough—ever.

The older I grew, the more exhausted I became of hitting the “Sick Wall.” I’d make progress, then when something happened or changed in my life, I’d fall back into the black, tangled maze of illness. The depression sank its angry teeth into me. The damp darkness stifled my senses until I was a delusional mass of pain.

I began to realize that maybe the thoughts were just thoughts. Maybe they weren’t true.

Maybe—as hard as it was—I could still do what I valued and etch my heart into the things I did each day. Maybe I could let life happen without fighting it, running from it or turning to something else to ease the blow. Maybe it was really frustration, anger and pain disguised as self-loathing. Maybe I was trying to control how I looked, because I couldn’t control anything else. Perhaps it came from my past suffering—the death of my father, the changes at home, the enraged lashing out of my sister, the defeated indifference of our mother, my mental illness, rejection from my peers, the best friend who left me, and the struggle to reach my goals and dreams.

Instead of facing the real things in my life with compassion for myself, I was making everything more difficult and miserable with my anger. That anger turned inward simply because it had nowhere else to go.

It seems most of us do this. We self-destruct, because we are our easiest targets. We hold onto this “victim and monster” story of ourselves for so long that we can no longer see differently, and we live and act according to it.

I never recognized or appreciated what was so wonderful and lovely about me! So many women do the same. None of what we feel has to do with who we are or what we look like—or who others are or what they look like either, for that matter. The self-destruction all had to do with tunneling a storm of emotions that I had no idea how to actually handle.

That was the real problem. I knew that once I learned how to properly face what I was feeling—what I was going through—in a helpful, proactive and healthy manner, the abuse would become less constant.

I’d always have those critical thoughts, but I wished they’d not matter someday.

And I wish the same for you. 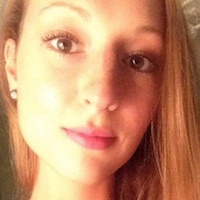