The Art of Connected Creation. 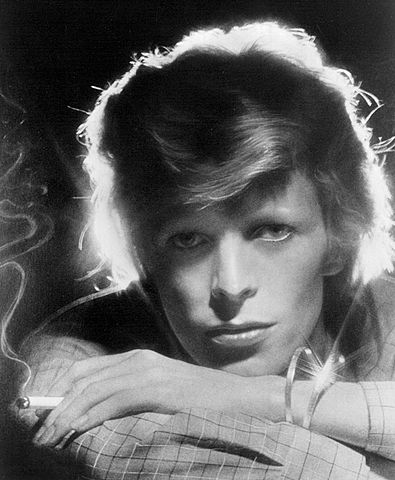 Art is not dead—and neither, I assure you, is David Bowie.

No, I will not in my next line postulate that his exit was all a vast publicity stunt designed to get him the No. 1 U.S. album debut that long eluded him, followed by blissful anonymity and retirement to a private island (cocktails, perhaps, enjoyed poolside with Elvis).

I will say that rarely has the trajectory of a life, career and death so perfectly illustrated that we are all by our very nature creative beings, inextricably connected and eternal.

The most amazing aspect of this is that Mr. Bowie was cognizant of it all.

The depth of loss I have felt since learning of his passing blindsided me. Yes, I was a fan, quite literally from birth. My father sang me to sleep with Space Oddity, priming me for a lifelong adulation that might most accurately be described as obsession.

But I am sane enough to know that David Bowie was not my kin. When, in the dead of night, I lay sleepless and weighted with grief, watching one performance after another via our magical interwebs and feeling as though my insides had been hollowed out, I began to wonder what the hell was wrong with me. I was mourning someone who was technically a stranger as if I had known him personally.

Then I scrolled through comments on social media. The number of people expressing my very thoughts and feelings was startling. Overwhelming, even. I began to feel defensive, argumentative.

Wait just a minute—he was my Bowie, not yours. You don’t know what he meant to me, how his work spoke to me—saved me, even. How dare you pretend to feel what I am feeling!

Righteous indignation, it seems, is a stage of grief. We want ownership of our loss. We want to believe our feelings are unique. We want to feel we are special.

And we are. Of course we are. Have you ever stopped to think about the remarkable confluence of events that had to happen in exactly the sequence and timing they did in order to result in your conception and birth? That any of us comes into being is an actual miracle, a scientific improbability.

The problem is these bodies we are born into. They make us feel separate. We think of them as our Selves. We judge ourselves sternly on this assemblage of skin and bone and we expend ridiculous amounts of energy trying to manipulate our outer casing into what we feel is an accurate reflection of who we are.

But who we are is that inner whatever that existed before we came into this form and in that sense, we are all the same. One. Connected. Energy that would flow freely if only we could get over obsessing about these shells.

David Bowie got that. To him, the body was a tool, a means to an end. He was often referred to as a chameleon, which is reductive and false. He did not shape-shift blindly or passively. He simply never mistook his body for anything other than what it was: a vehicle for sharing his talents and connecting with others in the world. Early on, he studied mime, Kabuki theatre, dance. His music was just one facet of the performance art he created. When David Bowie performed, the same man was never onstage twice. He was always in character, telling a story, sharing an experience with his audience.

For here is the thing that art does at its best: it forges a bond between artist and audience. It taps into the parts of our soul with which we may not even be fully in contact. It’s a homing device, our heart light sparked and glowing and saying, yes, I feel that too.

As a writer, my greatest gratification has been hearing from readers who were touched by my work. So too it must have been for David Bowie, though on a scale few of us can comprehend.

Should we have any doubt that he appreciated his relationship with his fans, we need only look at what he so painstakingly left us: bread crumbs along the path to his passing, the farewell so clear only in hindsight: His final album, Blackstar, with it’s haunting lyrics and startling accompanying videos; His stage musical, “Lazarus,” in which Thomas Newton, the character Bowie embodied in The Man Who Fell to Earth, confronts his end; His concerted use of social media to promote his final curtain call while neither announcing it as such nor inviting an ounce of sympathy.

These are the acts of a man who knew he was dying, and chose not only to confront it and make a last offering to his fans, but to turn his mortality itself into art.

For all his incarnations, David Bowie was, at his core, an artist, and to be an artist is to be open, always, to the deepest vulnerabilities of being human. This may be the first time we have seen this done so fully and fearlessly, but as surely as Bowie was a trailblazer throughout his life, it will not be the last.

We all pretend in our struggles that we have forever to sort things out. We ignore that we are, every moment, moving toward our inevitable end. But in his end, David Bowie found a way to connect the dots comprising the performance of a lifetime and weave them together at last with the fine threads of humanity of the real man behind the masks. His fondness for the otherworldly proved fitting, for while he gave so many of us the escape we sought when inhabiting our skin here on this planet seemed too much, he ultimately proved how valuable and fleeting our time here is.

My worry over my sanity at so wholly grieving the passing of a rock star I never met was fleeting, too. Our relationship was not, I realized, a one-way street. The exchange between us—between him and every last person who connected with his music and performance art—is as real as the changes his work effected in my life. I am a different person because he lived. And millions of people can say the very same thing.

That, to me, is proof of the power of an artist who is aware and tapped in. Our bodies die but the energy we create and the connections we forge live on, sending ripples across the universe.

Lest this all feel too heavy, I’ll leave off with this: in a move I imagine our Starman made with equal measures of deliberation, reverence, humor and an artist’s perfect manipulation of the social media our world now so reveres, David Bowie’s last Twitter follow was God.

5 David Bowie Lyrics that Changed the Way I Saw the World. 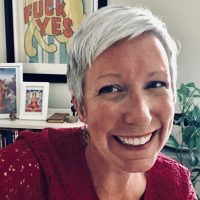