The Cost of Ghosting: Let’s Be Considerate When Ending a Relationship. 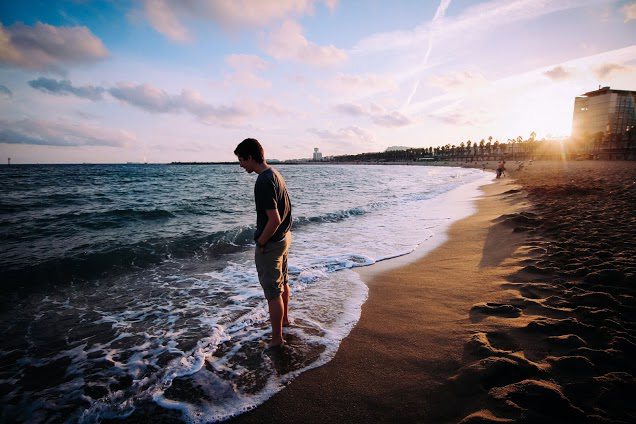 I’m fairly sure that the first time I heard the term “ghosting” I was reading an article in elephant journal.

While I had never heard the term used before, I certainly knew it. In my 34 years, I have been ghosted a number of times.

For those unacquainted with the term, “ghosting” is when a person in your life drops out of it completely without any explanation. This person doesn’t respond to phone calls, texts, letters or any communication. They are simply gone. I used to describe it, before I knew there was a word for it, as having someone make me feel like a ghost but then haunting me.

I don’t know if there’s anything more hurtful to do to someone than render him or her invisible.

Many people think of dating scenarios when they think of ghosting, but the first person who ever ghosted me was my closest friend. It happened years ago, before social media and texting were a part of my life. We lived in different states by that time, but we had always kept in touch with phone calls and letters. Then without explanation or warning, my phone calls were screened. My letters stopped receiving replies.

I’m the kind of person who invests all of myself in relationships so it took months of unanswered phone calls and unreturned letters to realize that I had been ghosted. Even after I stopped trying to get in touch, it took years for me to deal with all of the emotions I had about this experience.

Losing a friend and grieving for that friendship is always tough.

I’m a recently divorced single mom now, and I have experienced ghosting in the dating world as well. While still hurtful, most of the men who have chosen that route have been casual acquaintances where the loss didn’t really do more than hurt my pride.

Then I met someone who I fell for from the start.

Let me make a quick disclaimer: I am not the kind of woman who falls for every man I take an interest in. Actually, before I met my ex-husband, I was the kind of girl who never fell at all. Then I got married, and we can fast-forward through the heartbreak of divorce a decade later since it’s not really a technical case of ghosting when the person you marry just checks out of the relationship but is still physically there.

Let’s fast forward to now. Yes, I fell for someone too fast and too soon, and as an Empath I’m already someone who feels too much. I also accept the fact that I am responsible for my own feelings, and no one else has an obligation to return those feelings. Still, it is painful to once again be in a situation where I can be ghosted so easily by someone I care for so much.

I’ve seen articles that justify ghosting other people, and I’d like to send this message out to everyone who has considered this option when ending a relationship of any kind.

We’re all entitled to our feelings, but we’re also responsible for our actions.

Ghosting is an action.

We may be trying to avoid causing pain to someone else, but the pain we cause when we render another living, breathing person invisible to us is so much worse than the pain we would cause by being honest about our feelings.

It takes courage for people to be vulnerable and to love others, and it’s the very least we can do to honor that courage by having a little of it ourselves.

It only takes a moment to respond to a text or answer a call or write a letter. We’re saving the other person from months of questions and attempts at contact just by being honest.

As social media continues to redefine relationships, ghosting seems to have become more commonplace. We can block calls and texts and unfriend someone on Facebook.

It all seems so impersonal now that technology has taken away so much of our face-to-face contact.

In a world that places so much distance between us, I hope we can remember that the person on the other side of our emails and text messages and phone calls is a person with feelings just as real as our own.

I keep hoping that one day that will count for something.