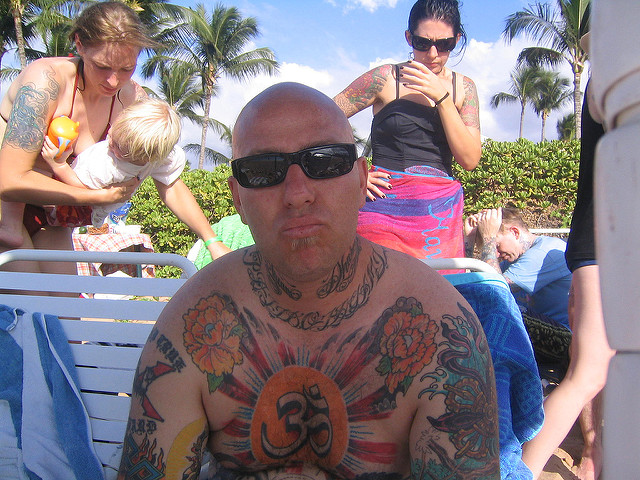 The following article originally appeared on the Shambhala Times, our partners in creating enlightened society. In this post, Cameron Wenaus of Retreat Guru and Sarah Lipton, Editor-in-Chief of the Shambhala Times conducted an interview with Noah Levine, author of Dharma Punx, as part of their Radical Compassion column.  Special thanks to and Emma Sartwell for transcribing the interview and writing the piece.

Envisioning a spiritual teacher, you might picture a serene, glowing pacifist, exuding calm equanimity. With his tattoos, can of Red Bull, vape pen, and the voracity of his thoughts, Noah Levine is more like a Manhattan cab driver, or member of Minor Threat. He may not be the popular image of a meditator, but from Levine’s point of view, Buddhism is a punk tradition.

“I think you and everybody who has practiced already knows the answer to how meditation is rebelling,” he says. “We’re rebelling against our tendencies that create suffering for ourselves.”

The tradition of rebellion goes all the way back to the Buddha:

“Just after his enlightenment, the Buddha used the Pali term pratita tagami that says: this goes against the stream. You have to go against the stream—against greed, against hatred, against delusion.” Furthermore, “all through the teachings, he’s talking about craving for pleasure—we’re born with it, it’s innate in us. Happiness, the end of suffering, comes from going against, from rebelling against, this craving and clinging tendency that we’re born into.”

From this perspective, Buddhism is a radical act of rebellion against our deepest programming. Levine says, “We have to go against our survival instinct, which is to hate pain and to try to push pain away, to develop the compassion to turn toward pain, to learn to care about pain. We’re rebelling against our survival instinct now from the inside. Developing compassion is radical—it’s not just this easy thing to do.” Real compassion is not complacency or politeness, it’s a revolutionary stance, and it is difficult work.

Once we begin to see these conflictual tendencies in ourselves, we also see them in the world. Levine tells us:

The Buddha saw the dissatisfactory nature of the world, we can see it, and the punks Levine grew up with in the 70s and 80s could certainly see it. “I think that the punks were onto something,” he says. “As most counterculture, subculture groups are, they’re onto something. In my experience, the punks were especially dissatisfied. There was a political critique and a social critique of the injustice, of the suffering, of the confusion in this world.”

So what do we do with this dissatisfaction? Unfortunately, Levine explains:

“The punks’ solution was to critique the world, and often, unfortunately, to become self-destructive in response to the destruction in the world. I mean punk is such a big umbrella—there’s so many different genres and forms. There’s some very positive punk and some very political punk and some very progressive lyrics and motivation that’s talking about equality and talking about: Let’s create an enlightened society. There is punk that does that, and then there’s punk that says, Let’s just burn it all down. They’re good at pointing out the problem, but often not good at getting to the solution, and often get into a nihilistic, hopeless place.”

Levine’s experience of first hearing punk music at age 10 was that, “these people were dissatisfied the way that I felt dissatisfied.” Similarly, coming to the dharma at age 17, addicted to drugs and in juvenile prison, he felt that the Buddha was dissatisfied the way he was dissatisfied: “I was like, ‘Oh, the Buddha gets it. He’s talking about suffering. He’s pointing towards the truth of reality.’” The connection was made: “I feel like punk rock and rebellion and counterculture are all founded on the First Noble Truth—the truth of dukkha, the truth of suffering.”

Importantly, there are three more Noble Truths: the cause of suffering, the cessation of suffering, and the path to liberation. Levine noticed that the Buddha is “also pointing towards the causes and the solution. The solution obviously isn’t self-destructive anarchist rebellion; it’s engaged, loving, wise activity. The dharma, the Buddha-dharma-sangha, the triple gem, takes the solution and gives us a possibility of creating enlightened communities or enlightened societies.”

“I believe that the practice, the meditative awakening practice, the eightfold path, is mostly pointing toward an internal rebellion. But then the outcome of that is often activism, or some sort of social engagement, which is the expression. We rebel against the forces in this world of greed and hatred and ignorance and confusion. It’s the engaged activity of awakening.”

It’s like a feedback loop of internal and external:

“In order to end greed, we have to be generous. Activism is an act of generosity that’s also ending one’s own greed. So it’s both internal—from the inside out—but also sometimes from the outside in. I know one of my experiences was in order to have some internal forgiveness, it was a lot due to the external actions that I did, making amends to people, apologizing, repaying, becoming free from debt. The karmic purification wasn’t just on the meditation cushion; it was also in action.”

Levine spoke at Naropa’s Radical Compassion Symposium last October. When asked what he’s bringing to the event, he says:

“I’m bringing my voice and I’m bringing a Theravadan Buddhist voice and a Generation X voice and this flag that I’ve been waving: This is Rebellion. This is a radical thing that we’re doing from the inside out; it’s not just about our own awakening, but really it’s about trying to create a positive change in the world.”

Levine’s recovery model, Refuge Recovery, has sprouted groups all over the country, and he runs a Refuge Recovery House in Los Angeles. Levine also runs Dharma Punx sitting groups, and authored the books Dharma Punx and Against the Stream. He has created a lot of internal and external change, done a lot of sitting, and listened to a lot of punk music. He sums up the bodhisattva punk path, saying:

“As we develop more compassion and have compassion for our own pain, then we become more compassionately engaged in all of our relationships, hopefully in some sort of active way to create a positive change. Whether that’s environmental activism or human social services or animal rights, in some way we dedicate our life like a bodhisattva for the benefit of all beings. This is something that has to come from going against the stream.”

I can imagine being in the back of a cab or in a shrine room or in the pit of a punk show as Levine explains:

“Compassion is radical. What we’re doing is trying to spread and encourage and support people in developing compassion, and then spread and develop and support that compassionate engagement with the world. If Mahakala played the guitar, he’d make some sort of death metal. It’s fierce wisdom, it’s fierce compassion.” 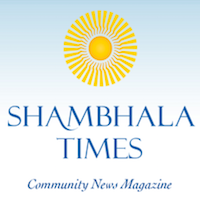