6 Mistakes I Made on the Spiritual Path (& What I Learned from Them). 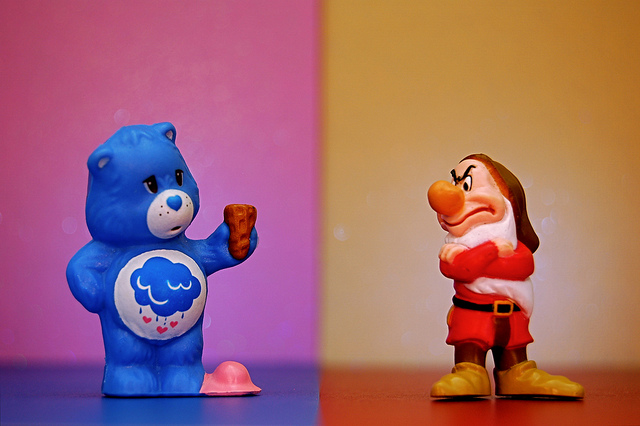 The spiritual path is a journey of starting to look inward instead of outward. Walking down this road allows us to gain a better understanding of ourselves, our existence and our life purpose.

But it’s certainly not an easy endeavor.

Any time we alter our perspective or take on a new venture, we risk making mistakes—even with spirituality.

Discovering our spirituality allows us to realize our truth, which can make us feel as if we’ve regained our sight after being blindfolded for years. That excitement can lead us to taking some wrong turns.

And that’s okay. I have realized that it is only through mistakes that we learn. If we don’t take the wrong turn, we will never be able to glimpse the right one. What matters is that we extract the lessons and benefits from these mistakes, instead of giving ourselves a hard time about it.

Below are six mistakes I’m not ashamed to admit that I made during the beginning of my spiritual journey. It took some time, but I learned to accept them and forgive myself. And today, I’m actually quite thankful to have experienced them.

When I first immersed myself in the realm of spirituality, I started paying more attention to people’s lives and perceptions—particularly people who viewed life differently. As a result, I judged them for not sharing the same beliefs.

I would spend hours trying to make them see what I saw. Now I know that every one of us is walking a particular path and mine may not match yours. I learned to respect how people experience their spirituality. I may use meditation, while others use star gazing. There’s no right way, there’s only a way. I know some people who know nothing about Buddhism, meditation or spirituality, and they’re actually more spiritual than most people I know.

It doesn’t matter how you do it, it matters why.

2. Bragging about my spirituality.

I used to brag about being a spiritual person, particularly to the “not-so-spiritual” people I knew. If I went out to eat, I would let the whole restaurant know that I was a vegetarian and sadly, make other people feel guilty about eating meat. If I attended a meditation class, I would brag about how I was on my way to becoming enlightened and others were not.

Truth is, there’s nothing to brag about when it comes to your spiritual journey. Sooner or later, everyone will be walking down a spiritual road his own way. To brag about it is utter non-sense, because spirituality is not something rare—it is present everywhere, within everyone and it will be further developed when one is ready.

3. Refusing to expand my knowledge.

When I first began, I was quite interested in Buddhism. Its effect on me was so strong that I refused to learn about other dogmas. I remember once being told about Taoism and refusing to read about it, because I thought I had already learned everything from Buddhism.

With time I realized how wrong it is to remain close-minded regarding new principles, religions and teachings. We will never learn unless we expand our minds and remain open to different opinions. We can accept different truths and in the end decide which one suits our own way of thinking. Perhaps they can even help us form our own truth, which may not be present in any book or living teacher.

4. Making myself do “spiritual” things.

During my first year of being introduced to Buddhism, I forced myself to do things that I didn’t feel like doing. Meditation, for instance, became a sort of homework I believed I shouldn’t skip. Taking weekly walks in nature was a must.

Eventually, I learned to listen to my desires and my body. I would go one month without meditating and that was okay. I usually ended up doing things that brought me more peace than forced meditation. And sometimes, I would meditate three times a day. I learned that spirituality was about the outcome of our experiences, rather than the nature of them.

Within the first month of reading spiritual books and attending daily meditation classes, I assumed I’d be enlightened. I truly believed the results would be tangible that soon. And sadly, when I didn’t see progress happen quickly, I would leave my practice.

It took me more than a year to know that in spirituality there is no result. Every moment, every experience and every breath we take is the result. It is not a job nor an assignment that we will be graded on. Waiting for an answer in spirituality is like waiting for a plane at the train station—it will never come.

Spirituality is simply a truth that we realize rather than a result that we touch.

This was my biggest mistake of all. I gave myself such a hard time for falling. I became angry at myself and the teachings for not allowing me to walk a straight line.

But spirituality is not a straight line. There will be ups and downs and we will make mistakes more times than we think we can, but the secret is to accept them and let them go. Whatever I do, is neither right nor wrong. It is what it is.

Perhaps these mistakes rang true for you or maybe you’ve made different ones. Whatever our wrongdoings, acknowledging them is the first step on the spiritual path.