Autonomy or Authority—The Truth about our “Democracy.” 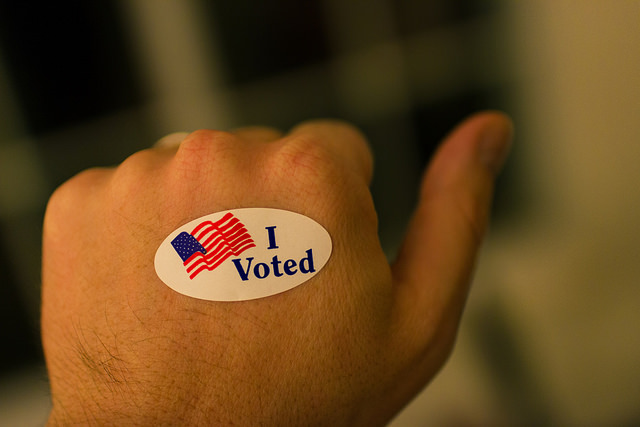 A tension between autonomy and authority lies at the heart of our society.

There seems to be a perpetual battle between following a traditional authority, and finding an autonomous approach—one in which we work it out for ourselves. As discussed in Autonomy or Authority part I, I favour the latter approach.

An autonomous society is one in which “we the people” decide what laws we will live by. It is a society in which the people take a much more active role than simply rocking up to a polling booth once every four years and casting a vote.

But for f*ck’s sake—you have to at least rock up to the voting booth!

The importance of exercising my right—my privilege—to vote really hit in the aftermath of the horrific events in Dili (1999), during East Timor’s independence movement. It made me keenly aware that I live in a society where I can cast my vote and not be shot, macheteed or beaten for opposing the government of the day.

It was not that long ago that many Americans could not vote. In my lifetime, people have been beaten, arrested and shot in the United States for trying to exercise their political rights. Current moves to restrict voters’ access to the polls are returning us to that dark but not so distant past.

A strong swing toward authoritarianism is a significant part of why Princeton University recently declared that the United States is not a democracy, but a plutocracy. It also appears to be why Donald Trump is doing so well in the polls.

Somehow Trump has managed to appeal to the authoritarian tendencies within the conservative elements of the electorate while at the same time appealing to the anti-authoritarian reactionary elements.

So what am I talking about? What is the difference between authoritarian and autonomous government?

This is why the Christian lobby is on the political right. They believe in the absolute authority of their God and Christ. They demand absolute obedience to his laws and commandments (as they selectively interpret them).

Admittedly, the theory of the authoritarian personality is much disputed. But researchers have recently demonstrated a strong correlation between (so-called) conservative values and authoritarian values—most notably a resistance to change. The one thing that they absolutely cannot bear changing is the existing power structures.

This is why their pronouncements so often appear to be racist, xenophobic and antipathetic to (so-called) political correctness. Any suggestion of white privilege or male privilege challenges existing power structures.

What is called political correctness is grounded in a theory that says that we construct our reality through language, and that we can change our reality by changing our language. You don’t need me to tell you how the social status of people of colour might be affected by being referred to using derogatory and denigrating terms. Or women. Or migrants.

What’s important here is that all of these things come together in one package for those who believe that there is an absolute truth, and absolute good, and that we should have a leader who can defend and uphold that truth, and those values.

This mindset is the antithesis of democracy, and autonomy.

We also know that for too long, the government of the United States has only been for some of the people.

What the f*ck?! How can we even speak of a “bottom” 90 percent?! That can only make sense to a statistician—or an economist.

Oh! Or a plutocrat. A plutocracy is a society in which the wealthiest people make the rules—when the billionaires buy the politicians who sit in the Congress and make the laws that the rest of us are supposed to live by. When they make laws that offer tax cuts to the billionaires, and their millionaire servants, and keep the masses (yes, the 99 percent) in debt servitude.

How has this come about? Well, because most of the people have come to believe—been taught to believe, coerced into believing—that there is an absolute truth, an absolute right. They believe that that is what should determine what the law is.

An autonomous society has a system of social governance in which the people make the laws. The word comes from Ancient Greek and literally means self (auto) norms (nomos). For norms, we can quite reasonably include rules, laws, customs and practices. In short, it means that we decide for ourselves what rules and laws we will live by.

Wait a minute, isn’t that what Abe said?

Living in an autonomous society requires effort—we have to take a stand, we have to take action. If we sit back and watch events unfold, the authoritarians will (continue to) have their way.