Burning the Bramble—How I Overcame the Abuse of My Childhood. 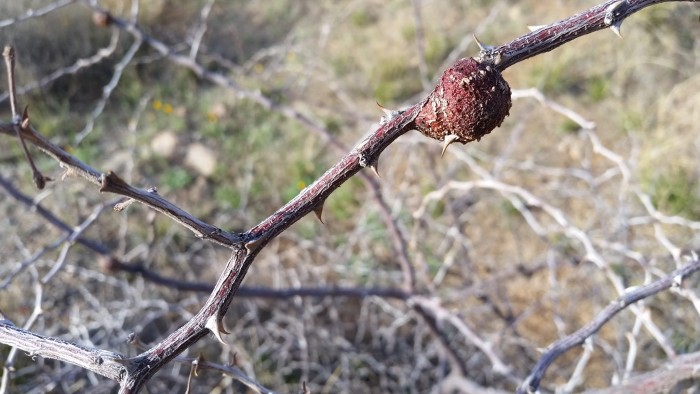 It’s taken over 30 years for me to reach survivor status. When I was living life like a victim, I didn’t see myself clearly. I didn’t realize that I was living that way. I just knew that I was different.

Most of my life, I felt like the dented can that someone stashed at the back of the bottom grocery store shelf.

I believed that I was unworthy of the good things in life. I deserved to suffer—in poverty, in abusive relationships, in addiction, in obesity and sickness. When life was cruel, when I didn’t get what I wanted, when people were unkind, I always believed that I was getting what I deserved.

My career in corporate healthcare helped me to make the connection between these negative self-beliefs and the abuse from my childhood.

I started with my company in an entry level position. After spending a year in that role, I began looking for other positions. I’m qualified, competent, educated, hardworking, and well liked around the office. There was no good reason why I shouldn’t be promoted. Logically, I knew this to be true.

I could see it right up until the moment that I applied for a new position.

Then, I was full of doubt. I didn’t feel like my qualifications would be good enough. I didn’t know if I was capable of doing something more. If I knew that one of my coworkers had applied for the same job, I would make up my mind that they would be chosen for it over me.

Eventually, I realized that I was working against myself.

I was taking the time to write about and visualize the job I wanted. I was applying and interviewing pretty regularly. But in my heart, I didn’t believe I could have it.

I knew that it wouldn’t be possible for me to advance until I believed that I could. I would stay stuck until I could figure out why I felt so undeserving.

I started with the obvious: I had never done a bigger job before. What if I didn’t have the chops? That was part of it. I journaled about it. I took it to meditation. I began to see that it wasn’t just in my professional life that I was holing myself back.

I had been holding myself back in all areas of my life.

Or, if by some miracle things were going well, I would find a way to sabotage myself. I would lose weight and gain it right back. I would pull back from relationships that felt too intimate. I would give up when things got challenging—professionally, creatively, or emotionally. But, why?

That was the question that would change my life: why did I shrink back from the things I desired most?

It came to me like a flash one day. I found the metaphor in my heart for what I was feeling. Suddenly, everything made sense.

When that man touched my three-year-old body, each time he put his hands on me, he planted a seed inside me. The seeds would be watered by the neglect of my mother, who knew of the abuse and did nothing. They would be multiplied by the abuse of my father. The cruelty of life would shine on them like a blistering July sun, until they grew into a thorny bramble that surrounded me completely.

My brier cage protected me from the outside world. My relationships were superficial—the thorns kept others at a safe distance. I could hide there, without the risks that would have come from vulnerability or authenticity. The constraints of my brier house kept me small, almost invisible. I saw the world through the filter of it, feeling trapped, and stuck, and utterly alone. Just as the thorns would pierce the flesh of anyone who dared get too close to me, they would cut me to my core if I tried to push the boundary of them.

Living this way led me to make poor choices with my life. Mostly, I just settled. In relationships, professionally, with my physical health, and pretty much everything else I did. I let others decide what was good for me—even people who were unkind to me. If they showed me—the broken girl in the bramble cage—any affection, I would gladly allow them to tell me who I was and what was good for me.

I thought that forgiving my abuser would be the key to my freedom. I’ve never been more wrong. Forgiving my mother was infinitely more difficult. Her betrayal had wounded me much more deeply than what he had done. Forgiving her was pivotal, but it was just the beginning.

My true healing began when I realized that I had allowed this cage of thorns to keep me from living to my full potential. By staying inside my brier cell, by holding my true self back in relationships, by playing small and safe in the world—I had literally taken over where my abuser left off.

I had spent a lifetime punishing myself for his actions.

I was choosing to see myself as damaged. I was choosing to live like a victim. Though unconsciously, I had chosen a life sentence inside the prison that was planted in me when I was three years old.

The wonderful news was, now that I was aware of it, I could make a new choice.

Today, I choose happiness, and joy, and peace. I choose love. I choose to live authentically. I choose to be free—to have meaningful relationships, to chase my dreams, to find success in the world.

I set that prison of brambles on fire and rose up from the flames galvanized in wisdom and strength. Then, I chose to forgive myself for all of the years I didn’t know what I didn’t know. I became aware of my resilience. I began to see myself as a child of the universe—perfect and full of potential—just like everyone else.

When we recognize our wounds, many times we retreat from them. They are painful. No one wants to relive the worsts days of their lives. But, if we can endure the pain that comes from opening those old wounds, the information stored within them can change our lives. If we can find the lesson, the pattern, or even the gifts in those experiences, we can make new choices.

We can choose to be free from the prisons of our past, and create a life that we love.

We can choose to burn the bramble and begin again.