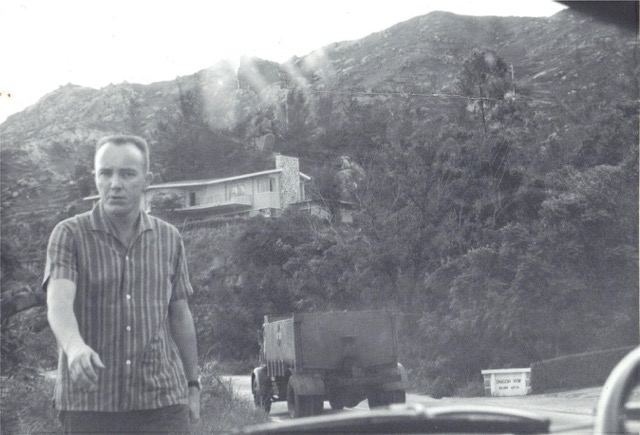 “The Dalai Lama told TIME Correspondent Dan Coggin, who journeyed to the god-king’s exile in the Indian Himalayas at Dharamsala, that ‘Tibet still exists despite all the Chinese have done. But I don’t know for how long. Another 20 years like this and there will be no Tibet.'”

When I was 18, living in Houston with my mom and little sister, I received a large, very official looking check in the mail from the United States government.

I called my father, by then remarried and living in San Francisco by way of Bangkok, and asked him if it had anything to do with him. He told me it was his pension…from working in the C.I.A.

Besides his work with the Marine Corps, the United Nations, TIME Magazine, the Associated Press, and dozens of other meaningful journalistic jobs throughout his life, my dad was a real live spy.

There is still so much of my father’s heroic life that I do not know about, but I speculate using news clippings and imagination. He was not the type to talk about himself or his many accomplishments, a humble giant, a friend of kings. When he died in 2012, I knew I would spend a lot of time giving homage to him in words, for words were the common bond that held us close, even if unspoken. He was the brave journalist. I am his daughter, the poet.

I read his articles in back issues of TIME Magazine, and came across quotes that linked him to the Dalai Lama, linked him to the Himalayas, and mountaintops, and mystery. I wish I could ask him about that day (and so many others). Instead, I wrote him this poem:

of which you never spoke.

that would have shaped you

to be more of a man

in our eyes, than the man you were,

this past that built you

before we were even born.

Why didn’t we know you?

I found out more about you

after you died than

I ever knew when

There were too may wars

tucked into the bags under your eyes,

too many of your CIA secrets

to distinguish the truth from the lies,

and I know you couldn’t

sleep for the last

but this was just the beginning,

of your renegade reporting,

the beginning of a career

to get to the story.

both men of honor,

Both with peaceful hearts,

Or just an interview and a story?

in the Temple of His Holiness, dad?

Was there a mountain under your feet?

Were there a million stairs that led upwards infinitely?

I know you took pictures,

you were a photojournalist,

I know you took pictures, dad.

Where are the pictures?

Why do I keep having to prove to myself

that my dad was a hero,

in all these different languages?

What did you wear to the interview at the temple that day?

Did you wrap yourself in robes,

or were you the bellbottom-business class American?

I keep painting the scene in my mind,

the heavy smoke of sandalwood permeating

the sacred space all around,

And they let you in, dad.

The Dalai Lama let you in

to hear the plight of Tibetans from his lips,

and he trusted you to convey his plea

to the most widely published American magazine,

and all I keep wondering about

are those little details.

Did your left-handed script scribble down

every word, or did you listen with your eyes and heart?

Did he trust you from the start,

or did you build something

with the storylines of your young brave face?

All I keep wondering about is

did the steam rising from his tea

And did he grin? Laugh?

Did you both laugh?

Did you make him comfortable?

I bet you made him comfortable,

in his temple. Somehow you

and he opened like a White Lotus to you.

You heard the stories of his

(the River of Happiness)

to commit suicide as proud Tibetans

rather than suffer under Chinese control.

You must have sipped your tea

as he told you of the

the eleven-headed Buddhist God of Mercy,

and thrown into a gutter with

how did your heart become this depository of

Did you know then that you were also exiled?

That you were a young man

who would spend the better part of his life

in Asia, telling the horror stories

of wars that were not yours to witness, dad?

Korea, as the youngest sergeant in the Marines, 18,

oh, how your blue eyes must have cried at all they’d seen.

Then as a journalist in

And what surely pushed you to the extremes,

the 1971 Atrocities in Bangladesh,

DAN COGGIN has spent most of the past seven years observing turmoil in Asia—grim but invaluable experience for his latest assignment, this week’s cover story on Pakistan. A former Marine, Coggin witnessed the Indonesian crisis of the mid-’60s, went next to South Viet Nam and then served as New Delhi bureau chief. Assigned to the Beirut bureau last fall, he continues to contribute his expertise on Pakistan. He was one of the 35 newsmen expelled from Dacca on March 26, but in April he trekked from India by oxcart, rowboat, motorcycle, bicycle and bus to become the first American journalist to get back to the Eastern capital. He returned again for this week’s story and, despite his having seen much war in the past, found that “this one has special horrors.””

All before I was born.

that I have reached out to reporters,

who know the name Dan Coggin,

Hero to the Liberation War.

I found out that,

you made a career

to tell you their stories,

to confess their humanity,

Why didn’t you tell me your story, dad?

with His Holiness the Dali Lama,

in that remote temple

did sweat roll down

as the spiraling tea steam rose

into your blue sky eyes?

looking across the table

to that god-king man,

did you stay inside yourself,

or did you look up through the steam and

Dad, wherever your spirit is now, I hope the light in you knows I am continuing your legacy; scribbling, scribbling, as it all unfolds. I love you. 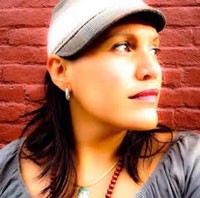