Do You have Boundary Issues? 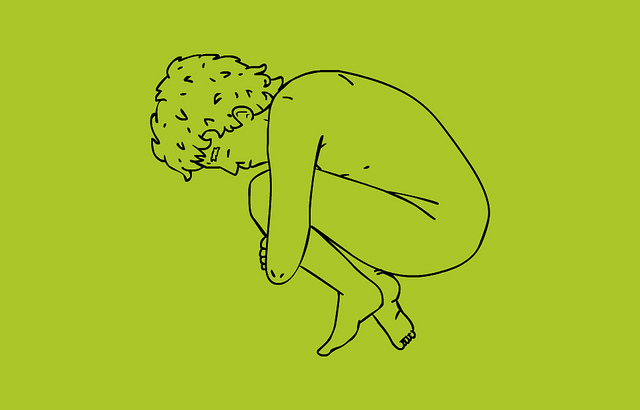 I’ve been having boundary issues in the last few months.

I began looking at boundaries when, a few weeks ago, I was preparing myself to spend an evening with a group of folks that included a person I don’t really like. I’m an introvert and a very private person, so I’m aware that those factors might have lot to do with this issue.

I don’t have a good, solid, logical reason for not liking this person. I just know I don’t. And I am hopefully learning to simply honor that gut instinct and let it be what it is—without questioning myself, without beating myself up for not having a good, ready reason.

Before that evening, I was trying to figure out why I don’t like her. In my musings, I came across this: She wants to be too friendly too quickly. Her questions are too personal. From there—and via a long, difficult trail—I hiked over to: She lacks boundaries.

The problem was put before me again when a (different) acquaintance kindly told me I had offended and embarrassed her in front of some other people by something I said. I was most impressed with the kind, sweet—yet assertive—way she started the confrontation. I thanked her for being honest, kind and assertive in telling me; I sincerely apologized for my mistake.

But after my apology, I could tell from what she continued to say that she assumed I was often a careless person without respect for other people’s boundaries. She seemed to think it necessary to point out why it was rude and careless and how it would not be a good thing to continue doing that to everyone. She went into quite a bit of detail, making it clear that she had put much thought into the matter and made many assumptions.

I really wanted to take offense, and I was hurt by her assumption. I found myself unable to be offended, though, when I looked at it from her side. She had drawn an incorrect conclusion from my innocent mistake. We did not—and still do not—know each other.

Indeed, I consider myself to be highly aware and careful when it comes to other people. Then I made an assumption (in my mind only) about her: Well, she’s just too uptight. I quickly and easily recognized this assumption as knee-jerk and defensive on my part, and it did not last long, thank goodness.

But after a lot more thought on the subject, I realize that the problem is that we all have very different ideas about what constitutes a “boundary”—and what healthy boundaries really are. There is a broad and relative definition of the word “healthy” in this context. Add into all that, the idea of different cultures, regions, races and countries having their own ideas about those definitions.

Brene Brown points out that her research has shown that boundaries are simple to define, but not always so easy to enforce. In explaining them, she says boundaries defined are when we know what we can and will tolerate and what he can’t and won’t tolerate.

The problem comes when we need to enforce what’s okay and not okay for us, she expounded. And we do need to. No one wants to seem unkind and bossy by clearly pointing out what is okay and what is not—especially in that moment when someone has just done something that is not okay. It can get tense.

But she goes on to point out that empathy, compassion and vulnerability—and therefore “whole-heartedness”— are not possible without well established and enforced boundaries.

When we let someone breach a boundary (do or say something that is not okay with us) and then try to silently pretend it’s okay, we often become bitter and resentful—and then blame the other person for stepping on our toes, as if they should have been able to read our minds.

But how can they know they’ve crossed a boundary—and where those boundaries are—if we don’t clue them in and show them our boundary maps?

As I think more about it, it seems kind of disrespectful to not make our boundaries clear. It would be like forcing someone to take on an expedition into a new, uncharted land—and glibly and condescendingly telling them they have to do it without any maps.

And, oh yeah, the maps exist, but you can’t have them.

All we’re really saying is that everyone has their own, specific ideas about what is okay for them and what is not. Which seems reasonable to me. It also seems reasonable for everyone, including me, to have the right to enforce those ideas—in non-violent ways.

And having come to that conclusion, it is also a good idea, I think, to point out that there do seem to be some folks who are not very aware or respectful of boundaries—even when those boundaries have been clearly pointed out—and who don’t seem to have or enforce any boundaries for themselves. In my introversion and privacy, I find these folks difficult to be around.

So really, my problem seems to be two-fold:

My solutions seem really clear to me right now: Establish and maintain my own boundaries—kindly and assertively—and let other folks do the same. Steer clear of those not able to or interested in respecting my clearly established boundaries.