How I’m Supporting my 8-Year-Old through Gender Transition. 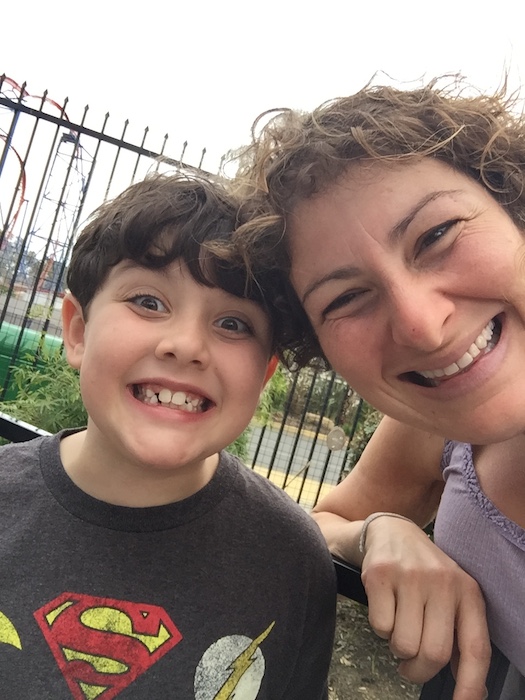 On International Woman’s day today, I noticed my grief showing up in response to the daughter that I no longer had.

My eight-year-old child, who was my daughter, is transitioning to become my son. He has changed his name, clothes and hair style. He has asked his class, Sunday school, family, and friends to call him by a new name, use male pronouns, and accept him as a boy.

I haven’t even really begun to mourn the loss of my daughter because I’ve been too busy welcoming, loving, accepting, and getting to know my son. I think I also have been waiting to see if my daughter might reappear as quickly as she disappeared.

Our child’s first words on this topic weren’t: “I’m a boy.” He was not a tomboy or even apparently confused about his gender.

A year ago, he asked for a boy haircut and received one. He was bullied by friends for this, and I thought that would be the end of him wanting to look like a boy. At the time, I didn’t realize that he didn’t mind being called a boy—he just didn’t like being called an ugly or weird-looking boy.

One evening in Target, he was choosing superhero item after superhero item. He told me that he feels like a boy—only I didn’t get it. I thought he was telling me he felt confused because he liked boy stuff.

The very next day, it became clear.

When I arrived at school to pick up my daughter, I didn’t see her anywhere. I asked another student (who was actually my daughter’s closest “frenemy”) if she knew where she was. The student told me that my child was talking to a teacher, because the two of them had gotten into another fight. When I asked why they were fighting, she said, “well, you should know, your daughter’s secret is that her inner-person is a boy, and she thinks you are going to be mad at her.”

The next thing I knew, I was sitting with the co-teacher team and my child, who shared this secret with me. Thanks to the conversation I’d just had with the other student, I managed to stay cool, calm, and collected—even though it felt like my head was spinning around,exorcist-style.

As we walked away from school, we talked about how he could dress and be anything he wants. At that moment, we walked past a person dressed as a female but appeared to be male. They were dressed to an extreme, wearing fishnets and a crop top, short pigtails dyed green, piercings, makeup, high heels—and a huge smile.

My child took the sight of this person in and then turned to me, grinning ear to ear. I said: ”if that isn’t a sign from god, I don’t know what is.”

When my husband came home from work that day, we all talked. Our child was clear on his desires and plans.

He confessed that this had been a secret for the past year, and that he was relieved to get it out.

The next day, we were supposed to visit our entire extended family for Ben’s grandmother’s 90th birthday. I called ahead to prepare them for our child to tell them he is transgender. Ironically, I had been anxiously awaiting the results of recent blood work for our child, and I had told myself that if they showed diabetes or something physically wrong, I would wait until after the birthday celebration to share it.

I never imagined I would be calling to prepare them for this.

After a great conversation with Ben’s family, I went to bed feeling as ready as we could be.

I had borrowed the book I Am Jazz from a second grade teacher, which proved to be extremely helpful throughout the weekend. Uncles, cousins, grandparents, and the great grandmother were all fantastic. Our child still looked like our daughter, because he had not transitioned his presentation. His 10-year-old cousin shared with him that he shouldn’t change his name, and she refused to call him anything but his original name.

That influenced him to consider keeping his original name, but only for about the next 24 hours.

The main message from the extended family was love and acceptance—but they also attempted to reassured him that this was normal, “a phase,” something similar they had also experienced. He wasn’t sure they quite understood what he felt.

When we got home from the trip, he asked for a new haircut, boy clothes, and a new name.

He originally choose the name that he knew we were going to call him if he had been born with boy genitalia. When we asked if that was why he chose that name, and he said it was. We encouraged him to come up with his own name—since this transition was coming from his inner truth, we felt that it should be the name of his choice. He asked for a name book, which I had just recently gotten rid of. So, the top 100 boy names of 2016 on the iPad would have to suffice.

After studying the list, he liked two names, and when he said the first one, both Ben and I loved it too.

It seemed like a perfectly sweet fit—and so far, he hasn’t looked back

For the first couple of days, I was still questioning to myself whether or not this was real, but there was nothing more real than what was happening. He was crystal clear on his desires and feelings. There was no option other than total love, acceptance, and support. Now, a month into this process, it’s impossible to say we’ve even begun to grieve for our daughter if she doesn’t return. It’s not like I said goodbye to her—I just welcomed him.

I’m going to miss her. I already do miss her, but it’s not quite like a death, because he is here.

I get to say: ”why aren’t you using a fork? I’ve told you over and over to use the fork?!?!” Yet I don’t really know this child like I thought I did. I love him, but feeling a distance as I acquaint myself with my own child, is still odd and uncomfortable.

During those first few days, every time he called me mom, I had to remind myself: okay, I’m still mom. You are a new person, but I’m still your mom. He truly seems to be a different person in various ways. There has been a dramatic shift since he has transitioned. There’s a weight off his shoulders and a confidence about him. There’s a happy glow that hasn’t been there very long time.

There is no hesitation or waffling. He is feeling free of his secret.

I’m grateful to have a happy child who was brave enough to share his truth.

No parent knows who is going to bully their child or love their child. Most parents I know only pray for health and happiness for their child. But if our children vary from the norm, we know that they could be targeted, hurt, tormented, killed, or pushed to a breaking point.

As parents we worry, and want to protect them.

As I begin to walk this path as my transitioning son’s mother and advocate, I will educate myself and manifest resources. I know that he is leading the way, but I want to help smooth this transition. Our kids look to us to make sense of the world. Luckily, they can’t see that we don’t know much more than they do. But often they know a lot more.

Our children know what makes their hearts sing, what their inner truth sounds like.

My child knows this about himself, and my child is sharing it with the world.

I am grateful, and I am so proud. 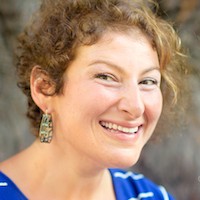