Sufism: Opening Ourselves to the Divine. 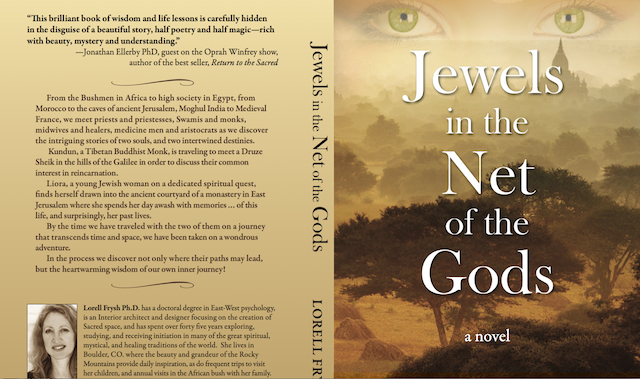 The following is an excerpt from Lorell Frysh’s book, Jewels in the Net of the Gods.

*Editor’s Note: Here at elephant, we’re notorious bookworms—we love them, and want you to love them, too. But, recently, we found out books are one of the worst things for the environment. Before you buy your next book, read this and this. Keep reading, but read responsibly. This book is available as an ebook on Kindle and Nook.

Sufism, Liora soon to found out, is a spiritual path going back to the time of Abraham, considered to be not only the first Jew, but also the first Sufi due to his state of realization.

For centuries Sufis traded and travelled the ancient silk routes, knowing full well that their journey was a far greater one than was outwardly visible. Theirs is a journey towards the experience of Divine interplay between creation, manifestation, and the one who experiences it all ~ between the Lover, the Beloved and Love itself. This is the state that 13th century Sufi mystic poet Mevlana Jelal‐ad Din Rumi had expressed as “I, you, he, she, we ~ in the garden of mystic lovers, these are not true distinctions.ʺ

She learned that Rumi invited friends to enter into that mysterious ‘paradise beyond all the false barriers’ that we unconsciously create as an illusion of protection and survival.

Liora’s heart was open and willing. And sure enough, not long after she bought the lamp she was invited into that mysterious garden and went gladly. The orchard she entered came in the form of the Sema Turn. The Turn is a moving meditation practiced by the whirling dervishes. It is imbued with symbolism, its spiritual goal to lose the separate sense of ego identity and merge with the fluid process of the dance of life itself.

Liora learned that the whirling Dervish dancers wear tall brown felt hats which symbolize the tombstone of the constricted ego; they wear black cloaks which they remove before they dance as a sign that they are removing that constricted ego consciousness; and their swirling white robes representing the purity of the soul. The steps of the dance, she learned, are simple and few. Stepping right foot around the left, right palm open to the sky receiving spirit, left palm turned downwards bestowing blessing on the earth. Spinning like the planets turning around the sun, her body turned around her heart.

Of course, Liora thought, whirling is an inherent pleasure. Children do it naturally. As a child she would whirl often. She remembered a trip to Mozambique taken with her family when she was young. They stopped at a beach north of the capital Maputo where the Indian Ocean was mill‐pond calm. And out knee deep in water, a lone whirler was turning slow circles, joining sea to sky in the rhythm of some deep inner intuitive pattern. ʺWe come spinning out of nothingness, scattering stars like dust,ʺ Rumi wrote.

Liora discovered that while turning, a person can experience absolute stillness. She felt as if she was perfectly centered, a threshold between the worlds of immanence and transcendence, the axis mundi centered in the heart, ‘in the world, but not of this world.’ In these moments, Sufis say, we become open vehicles for Divine ‘Ishq’, the love glue that holds the universe together. In those moments Liora felt herself drop her habitual sense of separation, as she opened to the dynamic interplay between action and stillness, vibrancy and silence, fullness and emptiness, the dance between doing and being. “The dervish is a doorway,” Liora heard it said. “This is the way of the Dervish.”

“Jewels in the Net of the God is a tale lived out across sacred traditions and time. It reads like an alchemical mix of mystical journey, spiritual autobiography, and love story woven through luscious lifetimes. The miraculous of the deep currents that carry us in this life swirl to  the surface in each encounter, each chapter. Through this rich story these currents coax us to “meet ourselves in our own heart.”

~ Tobin Hart PhD , university professor, author, psychologist, and consultant, interviewed by  Oprah Winfrey. He is co-founder and chair of the Board of Directors of ChildSpirit Institute. His latest book is The Four Virtues; Presence, Heart Wisdom and Creation 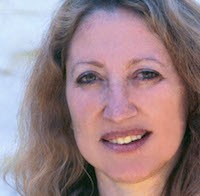