The Imperfect Path from Addiction to Sobriety. 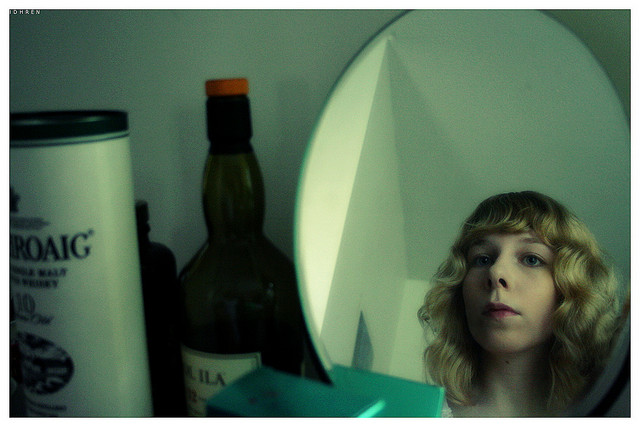 For years, I struggled with my identity.

I was raised around very prominent ego-driven people and really didn’t know or trust any other way—especially my own intuition. Crowd-following was where I felt the most comfortable, albeit it was typically a small crowd.

As time went on, usually in the midst of my flailing relationships and a reckoning for partying hard as a younger twenty-something male full of testosterone and an unhealthy booze habit, I’d find myself getting into all kinds of confrontations—because of alcohol.

Women who would enter my life for varying lengths of time would warn me of my attitude and drinking habit of which I was oblivious to.

I didn’t give a f*ck. My drinking was normal and not an issue. As one might imagine, these relationships were typically centered around a superficial nature and not surprisingly, fleeting.

I was conditioned to be an alcoholic from an early age.

Drinking was the conduit through which all of my interests flowed. I let go of so many good habits to pacify my desire to consume—with the explicit intent of getting laid which rarely happened anyways.

Time and time again, I drank myself into alcohol induced comas and would experience out-of- body experiences (I learned of this phenomenon later on in life). No one could wake me, period.

At some point though, the words of at least one or two of these gallant messengers who cared enough about me to say something finally sank in.

I chose to stop drinking six out of the seven days a week that I had been and quickly noticed surprising retaliation from a lot of my alleged friends for abandoning them but I remained determined to overcome it.

It was a gradual process away from alcohol abuse towards sobriety and I failed miserably many times. However, after a long enough stint of a severe cut back in my consumption, I realized how depressed I truly was.

Numb and careless of others before now, my empathy was really just a puddle of diluted beer piss and vomit. Stair-stepping towards better health through weight lifting and ignoring friend’s requests to join in on their sorrows, I began my ascent into a world of awareness, caring and better health.

[Note: I learned to replace bad habits with good ones over time.]

It was the recurring message that women were sending me that really helped my own welfare over time.

They cared about me—they saw something in me that I was incapable of seeing within myself at the time but nonetheless I began heeding their warnings.

I slowly began to listen.

It still took two long term relationships to utterly fail—ending in a toxic whirlwind of hatred and spite before I realized, “I’m the problem.” Granted, alcohol was not a center piece in either, but the residual self-destructive nature of my personality was.

I’d trusted in my ego nature for so long that I had not given my intuition, empathy and self-awareness a chance to blossom. It’s tragic actually, to spend one’s youth so destructively.

Patterns remained, such as the company I kept for a long time. I was comfortable around other addicts and eventually I admitted that I was an addict—that I have an addictive personality.

There’s nothing wrong with this by the way.

Sobriety has been faithful to me although at times, I’ve cheated. I have faltered and succumbed to cannabis as a coping mechanism and the perilous tobacco cigarette. What an awful way to treat one’s body—poisoning it, over and over and over again day after day (referring to cigarettes).

I’ll admit that cannabis was a gateway drug that led to profound psychological changes; influencing my spiritual nature today.

I never felt good when I smoked this incredibly addictive substance (cigarettes). It really f*cked with my psyche and has taken a long time to even begin restoring health to my organs—deep tissue healing and also the release of that cellular memory.

I’ve since turned over a new leaf in life, now in my thirties. I moved to a new locale and spend a lot of my free time outdoors, hiking mountains and cycling or walking. I’ve discovered happiness in health and it treats me pretty damn well—feeling so youthful and vivacious again.

I rekindled my creative nature that had lain dormant for so long.

My mind, body and spirit feel more wholesome and I carefully choose the company I keep understanding that I’m still susceptible to these substances. So I keep my distance from them and the people who choose to remain married to them.

I have nothing against anyone who chooses to orchestrate their lives this way—I’ve simply chosen differently for myself and my own well-being.

Slowly but surely, I’ve discovered more and more of my tribe and am incredibly thankful for that. My intuition serves me and my ego is on a leash as it should be.

Humility has taught me the value of learning from every situation that presents itself to me from day to day. Yes, I enjoy a drink from time to time but not on a regular basis—not habitually. It’s nice to get high every once in a great while too, but cigarettes are a definite No in my life.

Cooking is a pastime I enjoy as a means of propagating good health but I do indulge as well—how can we not enjoy our cake right?

I should note that I went to incredibly great lengths to overcome these handicaps that had previously held me back from the things I love so dearly and would not have likely found the inspiration to be sitting here now, writing this and sharing my story with the world.

I’m no longer ashamed of where I’ve come from and am quite content with where I’m headed.

Sobriety is tough, but if we are to ever realize those dreams we’ve so often tucked away at the behest of these crippling habits, we must endure the path less traveled. We must persist, that our nature is good and that our health is vital to longevity—whether this day be my last or 50 years from now.

Today, I realize how compassionate and sensitive I am—no longer masking shame, guilt or sorrow with a bottle. I lead a very transparent life and no longer burden myself with the self-imposed judgement, persecution or ridicule that once plagued me. It’s a higher vibration or wavelength that I’m riding on now and it feels great to feel so wonderful—sound in mind, body and spirit.

Help is available and I’ve sought much of it to gain the clarity I value so deeply today. If you need help, reach out to someone. Please, reach out to me if you have to but don’t give up. We’re all rooting for you—those of us who’ve risen from the depths…we’re here; we’re in this together. 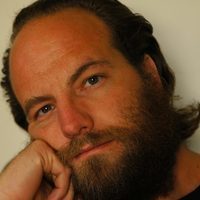