All She Ever Wanted to be was Someone’s First Choice. 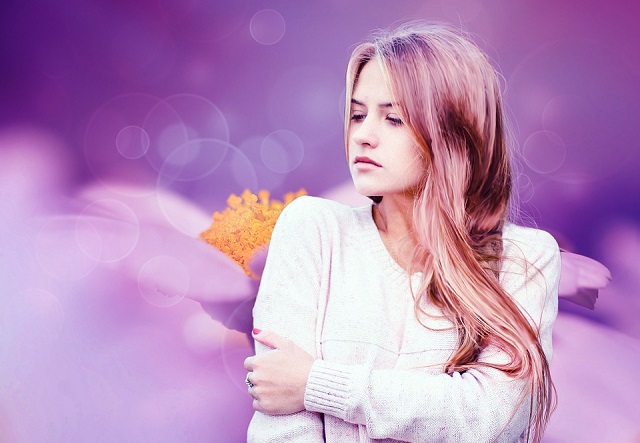 Her needs were simple and few—all she ever wanted was to be someone’s first choice.

She breathes love as the wind moves the clouds above fields rich in their emerald lushness. She feels it radiate in her heart and shine out through her eyes so full of hope, because she loves with the force of a thousand armies yet with the softness of momma’s arms.

She doesn’t just love—she is love.

Yet it seems that no matter how sweet her kisses are, or how pure her heart, she is just never the first choice.

It’s not that she always questions her worth, but it just seems that no one else can read the language of her heart, no matter how many times she bares it.

She’s thought that once or twice it may happen—that someone would stand up and say that he chooses her above all others—but then reality would creep in like the black smoke churning from a midwinter’s fire, and she’d be left alone and shaken to her core once again.

Sometimes she was partially chosen, in pieces and bits for those parts of herself that they loved to taste. But regardless of how sweet her smile, or how hot her bare skin burned, no one’s ever stayed and said they wanted more.

Perhaps if she’s honest, she’ll admit that sometimes she’s wondered if she was unlovable—that maybe it was her lot in life to remain without someone to hold her close during the dark nights that sometimes seemed too long.

She doubted her truth and wondered if there was something wrong with her—if she just loved too strongly or too differently. Possibly she was just a little too passionate, or maybe it was just that the fire burned so bright behind her eyes that anyone who dared come close enough feared they’d be burned up within the flames.

Yet even on occasions when she’s wondered what was wrong with her that no one ever chose her, she knew deep down it had nothing to do with her at all.

If she’s honest, she’ll admit that at times she’s settled for less than she wanted—just to feel the way a man’s hands got tangled up in her long hair and how intoxicating words slung in sugar could be when they were tossed out underneath the barren blood moon.

She wanted to be someone’s first choice so much that she she hung onto the men who promised someday, and just not right now, because it was the draw of a potential high that kept her addicted—the lure of having something she’s never had before.

Yet when days dragged into weeks, and weeks became buried by months, she knew that (once again) she wasn’t the first choice. Maybe she wasn’t even the second or third, but really all along it was a secret so seductive it couldn’t ever be whispered aloud.

Yet, even though none of them ever choose her, even fewer could stay away for good.

It was painful not being good enough to be seen out dancing underneath the streetlights together or sharing a glass of wine as the sun dipped below the mountains—yet once the moon rose high, it seemed there wasn’t any other place these men wanted to be.

If it had just been about sex all of the time, then it might have been easier for her to barricade her door to these men once and for all—but it never was.

She knew that she touched a special place in each of these men, but perhaps it was too electrifying or too deep, because regardless of how they cared for her or what an amazing woman they thought she was—she just wasn’t the type to be their first choice.

It hurt her—more than she’ll ever admit—to have loved these men, who in the end pretended as if they barely knew her, those who made it seem so effortless to walk away from her and her blue-green eyes that rippled like the north Atlantic. But she was used to this role, and so it was one that she knew how to play brilliantly—that is, until she lost the ability to pretend that it didn’t matter.

Because once she took off the shrug of her shoulders and the toss of her hair, all she was left with was a cold lonesome bed—and as she would crawl beneath the heavy comforters, she would wonder how a bed so full of life and pleasure could ever be left as frigid and empty as the one she now occupied.

For a while, she pretended that it didn’t hurt—and she just simply chose herself, thinking that at least she could put herself first, even if no one else could.

While she found happiness once again, and became impassioned about the way the moonlight radiated off her skin and how the sunrise always seemed to understand, she realized that just because she had chosen herself, it didn’t mean that she still didn’t long to be someone else’s first choice too.

She doesn’t doubt her worth anymore, and instead she knows that it’s just going to take someone truly spectacular to understand the song her heart sings.

She knows that he is out there somewhere, wishing for a woman exactly like her—and that when they finally do meet, nothing about her will scare him. Except maybe the thought of losing her.

“Why Would I Want to do Dishes?” The importance of “Choosing” your Partner in Relationships. The Buddhist Notion of Love.
See relevant Elephant Video