“Why Would I Want to do Dishes?” The importance of “Choosing” your Partner in Relationships. 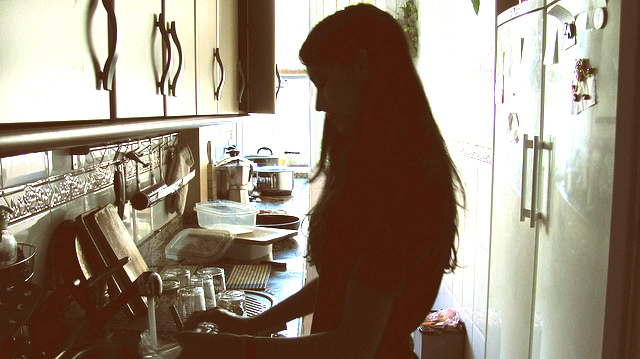 You’ve Gotta Wanna Do The Dishes. Why Choosing your Partner is the #1 thing that keeps the romance alive.

Standing on opposite sides of their newly remodeled kitchen, the cleanliness and order of the room in stark contrast to the current state of their relationship, Brooke and Gary are a couple on the brink. The tension seems dangerously thick compared to the subject of their latest argument, their expressions a mix of shock, wonder and fear as they edge closer and closer to the fault line of their relationship.

While on the surface, they are arguing over a mundane household chore, in truth they are fighting for their relational lives. Finally, in a fit of desperation, Brooke reveals what she wants Gary to instinctively understand: “I want you to want to do the dishes.” Gary, unable or unwilling to recognize the test that has been laid before him, smugly announces, “I will never want to do the dishes.”

In this scene from the 2006 film The Break-Up, Gary has totally missed the boat—a perfect opportunity to make his girlfriend feel she is chosen by him. Naturally, when I discuss with couples the importance of feeling chosen in their relationships, someone references this scene, usually stating flatly, “I suppose I am going to have to want to do the dishes.”

Yes, you are. When we feel chosen, we feel loved.

Choosing our partner does not necessarily happen on the “big day,” in the pretty dress and the fancy suit; it does not happen when everyone is watching. Choosing our partners happens in the regular moments of life—in the dead of night, when a crying baby rouses an already exhausted couple, and one partner says, “Go back to sleep. I got this one.” It happens in the heat of an argument, where everything in us is telling us to win and to fight dirty, but instead we say: “I see you are hurt. Please help me understand.”

This kind of choosing is essential to the formation of a healthy bond, found in something as simple as a cup of coffee made just the way she likes it, or a date night planned at his favorite restaurant when she would rather stay in, or even—in Brooke and Gary’s case— a stack of clean dishes. It registers in us when we see our partner reaching beyond their own comfort zone to connect with us. Too often the small moments in a relationship can be written off as unimportant or inconsequential. But it is precisely these “small” moments that carry the biggest message of I choose you, I love you, I pick you.

Megan, at 35, has been in a relationship for 10 years and married for four of them. “I knew the day my husband really loved me, when he showed up at the dressing room of H&M holding clothes he thought I might look good in.” Before that, Megan said getting her husband to go shopping with her was like pulling teeth, let alone getting him to help in the process.

She went further. “It sounds silly, but when he came bearing clothes, he might as well have been bearing gifts.” Megan said in that moment she knew she mattered, and this was her husband reaching for her. Megan’s husband sent her this message, and his effort, though small by most standards, tells her very clearly: You can count on me. I will be here for you.

The stakes in intimate relationships are high and the risks are many.

Real relationships are not as they are billed by our sentimentalized popular culture. Love can be scary—flirting with the possibility of heartbreak at every turn—it can feel dangerous and exposing.

We all share the same fear: Will you be there when I need you? Knowing we are chosen offers shelter in an otherwise perilous situation. If we are able to cultivate the practice of actively choosing our partners on a consistent basis, trust can form and pave the way for deep connection. This is what some researchers have begun to call “positive sacrifice,” the deliberate practice of choosing to act in the interest of the relationship at the expense of immediate self-interest. When a sacrifice is made in our direction, we get a clear signal that it is safe enough to endure the exposure of that love.

Brian, a New York City lawyer, an admitted commitment-phobe, said he would have felt more comfortable moving in with Mindy, his girlfriend of two years, if she were more willing to amend her busy schedule to accommodate his ever-changing calendar.

Brian knows his trial schedule is a lot for anyone to handle, a large part of the reason he’d lost relationships in the past. In an effort to make sure his relationship with Mindy did not meet the same fate, Brian began a campaign of choosing Mindy. In the face of mounting work pressure to put in more time, Brian did the opposite: He began to boundary his weekends and to leave work early to be with Mindy.

However when Mindy did not reciprocate, Brian felt abandoned and alone. Though Mindy insisted that she wanted to move in and move forward in the relationship, she focused most of her attention on her job and time with friends. Brian vacillated between trying to accept his position in Mindy’s life and feeling like he needed more. Ultimately Mindy’s inability to prioritize her relationship with Brian, made Brian’s decision for him.

Though the fear of losing Mindy could have compelled Brian to settle for a less than fulfilling relationship, he ultimately decided he wanted and deserved more from his partner. Brian reported it was not that Mindy had to work a lot, but that he was left feeling as if Mindy was not as devoted to the relationship as he was. For Brian’s part he wondered how this would manifest in their lives going forward in building a family.

The disparity between Brian and Mindy’s devotion to the relationship left Brian feeling exposed and unsure of his value to her. Brian did not feel chosen.

When working with couples I ask each partner to imagine that they have a bank account attached to their relationship, and each moment of actively choosing is a deposit in the relational account. As the account fills, and their partner feels chosen, trust begins to form. If there is little to no attempt at choosing, as in Brian and Mindy’s case, withdrawals are made on the relational account. If there are too many withdrawals (e.g. affairs, disengagement, lack of consideration), we will have a negative balance in our account, while resentment and distrust begin to fill the void.

Actively choosing our partners in the ordinary moments of the day in, day out, sends the message that you are safe to trust in me, and I will show up for you.

Trust in relationships is more broadly defined than the promise of fidelity. Trust is defined as the expectation that our partners will behave benevolently and will consistently respond to our needs. The building of trust is born out of choosing our partners or feeling chosen by our partners, over and over again, day by day, over time.

What is more, it’s not just robotically making these positive sacrifices, but in wanting to make these positive sacrifices—these actions show a level of psychological, emotional, energetic and material investment in the relationship. When these investments are made, we get the message that our partner is intending to hang in there with us and therefore it is safe to invest in them, as well. Trust and vulnerability allow us to be truly intimate (the secret to a long and happy relationship so many of us crave), but the road to that deep intimacy lies in choosing our partners in the everyday and routine moments of our lives.

We do have to want to do the dishes. We have to reach in the direction of our loved ones and we have to know we are reached for, too.

Unfortunately for Brian and his Hollywood counterpart Brooke, their characters did not understand the importance of positive sacrifice and were not practiced in the art of choosing.

Relationships fail for just this reason every day, keeping the lights on in therapy offices like mine across the country.

Every day we have an opportunity to ask: Am I choosing my partner?

The answer is clear and simple: choose each other, every day and all the time. True love doesn’t have to exist within a fictional realm of romantic comedy, poetry, or love ballads. Our capability to connect, to couple wisely, exists within us.

So the next time you find yourself battling over something seemingly inconsequential, will you be like Megan’s husband, exercising the gift of choosing? Or will you be like Vince Vaughan’s Gary, staring blankly at a sink full of dirty dishes and wondering where it all went wrong? 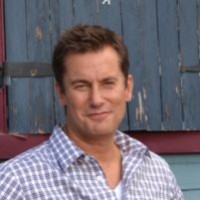