Wilhelm Reich: Our Government Literally Burned His Books, Read these Quotes to Find out Why. 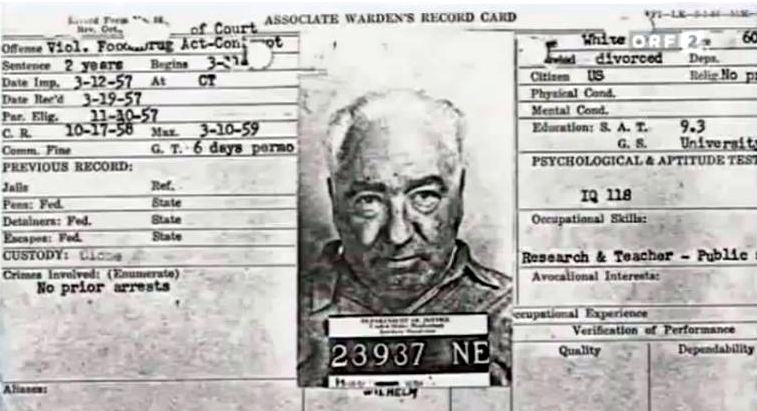 They literally burned Wilhelm Reich’s books. He was an Austrian psychiatrist and psychoanalyst who wrote the book on orgasm: The Function of the Orgasm.

There is no question that his ideas were radical. He claimed to have discovered a “vital energy,” or universal life force. Whether such energy exists or not we may never know. But the body of Reich’s research, his intelligence and radical ideas make him worth a read.

He died in federal prison on a two year sentence for failing to comply with court orders prohibiting some of his activities and research, just days before he would have been eligible for parole.

Suggesting that sex and orgasm are vital to every aspect of our health leads rather directly to the conclusion that we ought to be getting it on more often than we are. And in 1930 that was a radical idea. It might even upset a lot of uptight people today. Which may explain why Reich is better known for being a radical than for the substance of his ideas.

I offer you the opportunity to judge for yourself this radical psychoanalyst, to reach into your own experience and discover if perhaps the things he says make a lot of sense and could contribute to a satisfying life and a more robust sex life.

I have taken the liberty of adding my own commentary for each quote or group of quotes. These titles are my own spin on the quote that follows. I have concluded the Reich quotes with one about the man himself. I considered putting the final quote first: so please feel free to read it first if you wish, it may inspire you to dig more deeply into the Reich quotes themselves.

“Psychic health depends on orgastic potency, i.e., upon the degree to which one can surrender to and experience the climax of excitation in the natural sexual act…. Psychic illnesses are the result of a disturbance of the natural capacity for love.”

On God and fear.

“Most intellectual people do not believe in God, but they fear him just the same.”

You are naturally satisfied.

“If the psychic energies of the average mass of people watching a football game or a musical comedy could be diverted into the rational channels of a freedom movement, they would be invincible.”

“Only the liberation of the natural capacity for love in human beings can master their sadistic destructiveness.”

“Every seemingly arbitrary destructive action is a reaction of the organism to the frustration of a gratification of a vital need, especially of a sexual need.”

“The unity and congruity of culture and nature, work and love, morality and sexuality, longed for from time immemorial, will remain a dream as long as man continues to condemn the biological demand for natural (orgastic) sexual gratification.”

“The few bad poems which occasionally are created during abstinence are of no great interest.”

The vital importance of sexual energy.

“It is sexual energy which governs the structure of human feeling and thinking.”

Finding your truth through expression.

“And the truth must finally lie in that which every oppressed individual feels within himself but hasn’t the courage to express.”

How to be great.

“You are different from the really great man in only one thing: The great man, at one time, also was a very little man, but he developed one important ability: he learned to see where he was small in his thinking, and actions. Under the pressure of some task which was dear to him he learned better and better to sense the threat that comes from his smallness and pettiness. The great man, then, knows when and in what he is a little man.”

Step out of your cultural patterning.

“The fact that political ideologies are tangible realities is not a proof of their vitally necessary character. The bubonic plague was an extraordinarily powerful social reality, but no one would have regarded it as vitally necessary.”

“Because you have no memory for things that happened ten or twenty years ago, you’re still mouthing the same nonsense as two thousand years ago. Worse, you cling with might and main to such absurdities as ‘race,’ ‘class,’ ‘nation,’ and the obligation to observe a religion and repress your love.”

To be a better person

“The Little Man does not know that he is little, and he is afraid of knowing it. He covers up his smallness and narrowness with illusions of strength and greatness.”

“Mistaking insolence for freedom has always been the hallmark of the slave.”

The freedom to make your own mistakes.

“Man’s right to know, to learn, to inquire, to make bona fide errors, to investigate human emotions must, by all means, be safe, if the word freedom should ever be more than an empty political slogan.”

“Look at yourself and embrace what you see.”

“See yourself as you really are. Listen to what none of your leaders and representatives dares tell you: You are a ‘little, common man.’ Understand the double meaning of these words: ‘little’ and ‘common.’ Don’t run. Have the courage to look at yourself!”

“I know that what you call ‘God’ really exists, but not in the form you think; God is primal cosmic energy, the love in your body, your integrity, and your perception of the nature in you and outside of you.”

“Not until man is willing to recognize his animal nature—in the good sense of the word—will he create genuine culture.”

“Rooting in work is crucial to any accomplishment. Rooting in mere enthusiasm will in the long run force illusory measures to keep the fires of empty enthusiasm going. And this makes politics and politicians.”

“He had a great capacity to arouse irrational hatred obviously, and that’s because his ideas were radical in the most extreme sense of the word “radical.” His ideas have something to offend everybody, and he ended up becoming the only heretic in American history whose books were literally burned by the government.”

Timothy Leary spent five years in prison for unorthodox scientific ideas. Ezra Pound spent 13 years in a nuthouse for unorthodox political and economic ideas. Their books were not burned. Reich was not only thrown in prison, but they chopped up all the scientific equipment in his laboratory with axes and burned all of his books in an incinerator. Now that interests me as a civil liberties issue.

When I started studying Reich’s works, I went through a period of enthusiasm, followed by a period of skepticism, followed by a period of just continued interest, but I think a lot of his ideas probably were sound. A lot probably were unsound. And, I’m not a Reichian in the sense of somebody who thinks he was the greatest scientist who ever lived and discovered the basic secrets of psychology, physics and everything else, all in one lifetime. But I think he has enough sound ideas that his unpopular ideas deserve further investigation.