My Family is Homeless but still Living the Dream. 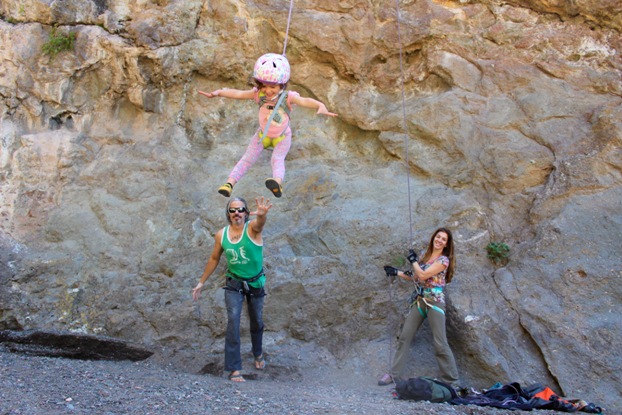 I once was the golden child. The regional Rookie-of-the-Year. The exemplar of everything that’s right with America.

Then, suddenly, I was less than human. In just a few months’ time, I became a bleating, cloven-hoofed animal known as the corporate scapegoat, the kind of creature that appears when companies need to downsize.

By spring of 2009, at the height of the Great Recession, my sales manager at a leading conferencing company in West Los Angeles was actively managing me out. Normally I would have resigned, rather than suffer the shaming that comes with having low revenue numbers, but the job market was going the same direction as my sales, so I pressed on, despite my soaring anxiety levels.

By fall, I took Xanax to get through the day and Ambien to fall asleep at night more often than I’d like to admit. Half of my sales team—and 40 million other Americans—were on a similar treatment plan.

Then, mercifully, the axe dropped. Without fanfare, I was let go at the end of October. Turn in your keys and your computer. Don’t let the door hit you on the way out. Despite having seen it coming, I cried the whole way home.

How did this happen?

Only seven months prior, I’d been on a sunny beach in Cabo San Lucas being praised at Gold Club, the annual recognition trip for top-sellers. Now I was unemployed with student loans, credit card bills, health insurance payments, and a Venice beachfront apartment I could no longer afford. I felt dog-piled by defeat.

To solve the rent problem, my husband lobbied we move into his camper van, a relic from bachelorhood. As the owner of an online retail business that was feeling the sudden cash crunch affecting millions of Americans, he chose to cut his own paycheck rather than let an employee go. This left us with enough money to pay bills and necessities—if you don’t count shelter. To brighten the prospect of becoming homeless, he suggested a road trip down the coast from California to Argentina: “It’ll be like camping!” he said. “But, you know, intense.”

As cramped and foolhardy as the idea sounded, I agreed to go, reasoning this would be our last hurrah before really settling down. In a couple of years, the economy would recover, and we’d go back home. I’d get another corporate sales job. We’d buy a house, get new cars, and have a baby, as planned.

We dragged most of our belongings out onto the Venice boardwalk, gifts for the dreadlocked vagabonds and ailing veterans in our neighborhood. We put journals and photo albums in storage, sold my car, and kept only what we could fit into the van. Basically, some clothes, surfboards, and kitchen supplies. And then we drove south.

The pace and contour of our life changed as dramatically as the passing geography.

We went from spending time together only on the weekends to never leaving each other’s side. Sky-rises and suburban sprawl gave way to dusty pueblos and small fishing ports. Instead of fighting traffic on the 405 Freeway, we negotiated deep potholes and bulging topes on terrifying mountain roads. My office was no longer a cubicle but rather a picnic table in a campground, or a threadbare couch in a hostel.

On driving days, we listened to and awkwardly repeated phrases from our How-to-Speak Spanish CDs, or I read aloud chapters of Latin American history, painfully learning about the slaughter of indigenous peoples and U.S. involvement in modern geopolitical warfare.

Gone were the city nights of expensive wine bars and nightclubs. Now we visited ancient ruins in Mexico, climbed volcanoes in Nicaragua, jumped off waterfalls in Honduras, and paraglided off the Andes in Venezuela. More days than not, we sipped cervezas at sunset on a bench in one of the many Plazas de Armas and quietly people watched.

Given the intensity and immediacy of our shared experience, an intimacy heightened between us, but it also grew between each of us and the land we traveled and the friends we made and the cultures in which we were immersed. We were living hands-on, in the thick of it, not sequestered in safety and convenience, nor limited by routine or plans. Every day presented a new adventure, a new opportunity to connect to each other and the world at large.

And then our time was up. Or, at least it was supposed to be.

After two years of non-stop traveling, we found ourselves pregnant in Huanchaco, Peru.
What’s your plan? Everyone wanted to know, from parents and friends to people we barely knew on Facebook.

Well, the plan, of course, was to go home, resuscitate my career, buy new cars and a house in the suburbs, and have a baby. But whose plan was that anyway? It certainly didn’t feel like our own anymore, and I wondered if it ever had been. In hindsight, it felt more like a product of social inertia than personal desire, a kind of American Dream default that came with adulthood.

So there we were, two people in our mid-thirties, faced with the choice of how to spend our days. And, in the incisive words of Annie Dillard, “How we spend our days is, of course, how we spend our lives.” One thing for certain, we knew the default plan had little to do with realizing our dreams. We were already living our dream, and a fat paycheck, a big house, and a nice car would add little to it.

Ironically, for Americans particularly, we find out too late, if ever—when we’re already mired in car payments, credit card bills, mortgages, and student loans—that our dreams live outside the cycle of debt and consumption, not within it.

But it wasn’t just about us, was it? We were about to bring a child into this world. What kind of life did we want to provide for her? As we considered the gravity of this question, we sat out on the beach with our two dogs—one we’d brought from the States, the other a Peruvian callejero adopted in town—in front of the apartment we’d rented in Huanchaco. A fisherman and his son rode their caballitos de totora, or small reed fishing boats, side by side, the sun setting behind them. Deftly surfing waves, they brought their catch to shore. Watching the boy help his father the same way I’m sure his father helped his grandfather, and so on for 3,000 years back, it was effortless to see how experience shapes personhood. How we’d choose to raise our child would influence who she became and how she perceived her place in the world.

By choosing to raise our daughter on the road, she’d miss out on holiday celebrations, get-togethers, soccer practice, school dances, and weekly piano lessons. We didn’t take those losses lightly. Like all parents, we want to give our child everything, but sacrifice is inherent in any choice.

While weighing the pros and cons of road-schooling versus public schooling, world-travel versus neighborhood friends, global citizenship versus American identity, we drew upon our own experience for answers. In the past two years, we’d not only learned to speak Spanish, we’d become interested, and even well-versed, in geography, history, politics, cultural anthropology, and environmentalism, all on account of them becoming relative to our daily lives. We’d forged numerous friendships from various countries, our connection based more on affinity and shared world-views than proximity of living. And as we moved further from a limited national identity, we learned to find commonality in otherness and kindness in strangers, affirming a feeling of belonging in the world.

The answer was clear.

Nearly seven years later, even though the economy has recovered, we still choose to live our downsized lifestyle, slow-living our way around the world. We completed our Pan-American journey, having traversed eighteen countries (seven of which were with our daughter) before returning to the States last year.

We sold our van, bought a used RV which we retrofitted with solar panels, and have been rock climbing in the West. Now we’re readying to go to Europe in August, with three one-way tickets. We’ll put the RV in storage, buy a used van in Germany, and tour the Eastern Bloc, the Balkans, the Mediterranean, and end another year’s journey in Spain.

At least that’s the plan for now. We never really know where the road will take us.
As for our daughter, she’s three-and-a-half, speaks both Spanish and English, and loves drawing, climbing, books, papas fritas, the color red, and Skype calls with her grandparents.

What was once a trip has turned into a lifestyle. No, it’s more than that. It’s become a philosophy for living, one in which we consciously create experiences full of adventure and intimacy to shape us into the compassionate, curious, and humble people we want to be.

So far, I think we’ve made the right choice. We couldn’t be any happier living our dream. 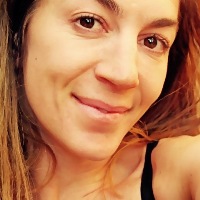