Her Heart Needed a Vacation—So She Left. 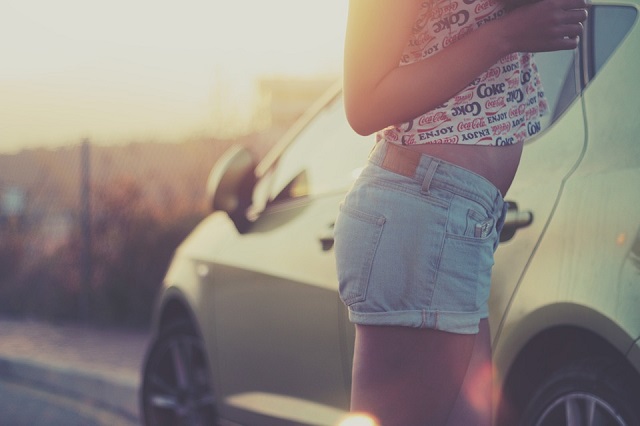 “The older you get, the more you realize that it’s not about the material things, or pride or ego. It’s about our hearts and who they beat for.” ~ R.A.

It’s not that her heart doesn’t still hold love in it, but perhaps it’s just been in the spin cycle for a bit too long, or maybe it’s just that she needs room to breathe.

She wasn’t the kind of woman to wish away the weeks in anticipation for a luxurious trip or time away from work, because she had made her life the kind of existence that she didn’t need a break from.

She loved her little life tucked between 100-year-old pines and fields that shone with Black Eyed Susan’s on a midsummer’s night. She never asked for much, but it seems that what her heart ached for most still remained elusive, as if it was always just out of reach.

So she stopped reaching for it, and she stopped trying to find it, because she became to believe that you don’t find love—but that love finds you.

And so, she had decided to simply see what would happen in life, if she just let it happen. But she had been through too much to just simply let it roll off her back, because sometimes what we experience becomes woven into our roots and grows to be a part of the story that we tell ourselves.

She’d felt that deep hole of heartache—the kind where your breath gets heavy, and it hurts to think about a time when all you did was smile—one too many times in the past few years. And though she always seemed to bounce back, she wondered if she’d really ever be the same again. Maybe she wasn’t supposed to be—perhaps instead, she was designed to be stitched together with the golden thread of all the times she’d broken her own heart by not believing men when they said that they just couldn’t show up for her—that they couldn’t be what she needed.

Sometimes it’s no one’s fault. It wasn’t these men’s fault for not seeing that they were everything she needed by just being themselves, nor was it hers for continuing to see what could be instead of what truly was.

She realized now that she’s been confused for far longer than she would ever have previously cared to admit—not necessarily confused about love or who her heart truly belongs to—but confused by life and the odd way it has of not working out but often unraveling in the most painful way possible, just so it may finally fall together at the last minute.

At least her heart had that tendency, and it’s probably because of it that she always looks forward to the great fourth quarter comeback—because she knows it exists.

She knows that nothing is truly ever over.

And so, she rolled around in the new spring grass knowing that if she was going to make a change for real this time, then her heart needed to take a vacation—somewhere new, somewhere beautiful and somewhere she could catch her breath.

A place that she had never been before, so that she could become someone new—someone who had no need for the same old played out patterns, a woman who had finally learned her worth and with that lesson the necessary strength to live up to her expectations.

So she closed her eyes and chose somewhere just as old-fashioned as her heart, the kind of place that’s warm and where the Spanish moss hanging off the old cypress trees makes you feel like you’ve stepped back into time to a place where people still believed in happy endings.

It wasn’t going to be for very long, but that was okay with her, because all she really needed were a few days of sunshine so brilliant it would put her heart at ease and mornings over steaming coffee against the backdrop of blue herons and shrimping boats already casting out for the day.

It was a chance for her to press reset—to start over, so that if that fourth quarter comeback did come into play, she’d be in the place to be ready for it.

She couldn’t say for sure what awaited her on this tiny island off the coast, but she knew that for some reason she was meant to travel here—it called to her like a place she was homesick for, yet had never before visited. She always seemed to gravitate towards islands, those places that are apart from land, the locations that you have to travel just a bit further to get to.

The significance was not lost on her, because she knew that she often felt like an island, separated from others and always different. She was not always be the easiest to reach, and her roads were rarely paved, but like most beautiful, wild places—she was always worth it.

Something about being surrounded by water made her feel more at peace, almost as if she knew that only those who would travel that far to kiss her shores were also the only ones who deserved to bask in her warmth.

But this vacation wasn’t about forgetting, and it wasn’t about chasing the love out of her heart that lives there so deeply—it’s simply about giving herself time to get caught up and to settle down.

To remember who she was before her heart was broken—and to remind herself just how far she has come. That she no longer has to identify with who she was in the past, and that maybe it’s time to finally tuck that woman between the pages of her worn and creased memory book.

Perhaps it’s ultimately the time for that woman to become nothing but a memory, smelling like late summer violets and rainwater that fell off a hot tin roof steaming under an electric summer storm.

She is different now—life has finally come full circle, and something new is about to begin.

But before her future can begin, she needs some time to hold her heart and just breathe, knowing that whatever does come her way, it has surely been meant for her right from the start.

Because something tells her this time—it won’t miss.