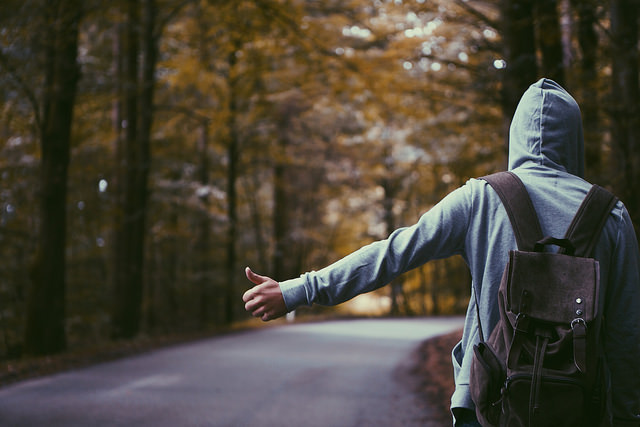 I was never one of those people who always knew what she wanted to be when she grew up.

Rather than following a path of ambition of “this is what I want to do,” my reality was a function of following my intuition. I chose jobs based on what they could teach me on an existential or emotional level in the moment and an attempt to balance my creative life with work life, rather than with a vision of what I wanted for my future.

One of my main goals in my 20s was to explore, grow, experience and develop in as many ways as possible as a human being. This included a wide range of activities, workshops, classes, certifications, jobs and travel.

As a result, my life has followed a somewhat non-traditional path over the years.

“Non-linear” might be the best way to describe my path, especially with regards to how I have made decisions.

On the outside, it may have looked like I was bumbling around aimlessly. But on the inside, I was following a thread. This thread was created by following things that “glowed” in my vision.

For example, someone might say, “A friend of mine rode their bicycle from Seattle to San Francisco by themselves,” and in that exact moment, I knew that I had to do that thing—there was a big glowing energy field around it—and would arrange my life in such a way as to make that happen.

That said, it wasn’t just adventuring for the sake of pure adventuring—there were always major discoveries to be made, such as the development of self-reliance, independence, an ability to be in the moment and to let go. When these “glowing” activities would arrive, I knew that they were part of the next big step of my own personal development. Thus, they were also of benefit to others, as I was happy, growing, and glowing myself.

This “follow the glow” method that I have followed has led me to become a singer, a bike messenger, a social worker, get scuba-certified, become a sound engineer in Ireland, ride my bicycle from Seattle to San Francisco, start a baking business, become a massage therapist and yoga teacher, travel in South East Asia solo for four months, join two samba musical groups, and much, much more.

Between 2011 and 2015, however, I experienced major panic and stress after all of these years of adventuring and exploring, because suddenly I was in my mid-30s and realized that, while I had all of these amazing experiences behind me, I felt behind compared to where all of my friends were in their lives. I was somewhat career-less, husbandless, childless and not able to support myself financially in a significant way.

I then began a thread of career development that, while rich with experience, wore me out, as all of the professions I chose to pursue were exhausting and not in line with my nature.

They were all “helping” professions, so, in theory it was all to benefit others.

But—I went from one thing to another in a fast and furious manner that I could not sustain. Not only was I not benefitting myself anymore—I was sad, worn out, and uninspired—but I most definitely wasn’t helping others in the sense that I was too tired to give, and I was presenting as “stressed out” all the time, and needing constant self-care and support from friends in order to (barely) stay afloat.

I was a wreck.

It had been years since I had “followed the glow,” which is probably how I exhausted myself.

It was a time of realization: I needed to implement the metaphor, “Secure your own mask before helping others.”

In December 2015, I was between jobs, and wasn’t sure what was next in life. I was trying to rest, recover, and figure out what kind of work I could do that would be less taxing. I had been wondering for some time how I could break into the writing field, as I had discovered while traveling in South East Asia in 2011 that I really enjoyed writing—I was blogging daily about my travels and experiences—and it seemed I was possibly even good at it.

Blogging was something that had helped me to process my own experiences while traveling, share with friends and family, and keep track of all that I was seeing and doing. I loved it because, not only was it good processing for me, I was inspiring people across the ocean with my experiences. It was such a great feeling to be able to communicate and express in this way, and I received really positive feedback from friends and community. Their feedback was about the quality of the writing itself, and especially their enjoyment of reading my stories.

This was when I decided I wanted writing to become a regular part of my life.

And, ever since then, I had been wanting to write for elephant journal and other publications, but I kept putting it off as something I would do, “some day.” I had put it to the side and instead focused on these other career paths that wound up exhausting me.

Until—one evening in December of 2015, while enjoying my unemployment, I was scrolling through my Facebook newsfeed and saw a posting for the Elephant Academy. It was a four-month “social media, writing and editing” apprenticeship.

This apprenticeship immediately appealed to me. Now that I had some time and space, my aspirations of writing came back full force from my days of blogging about South East Asia.

The application deadline was the next day.

My heart started pounding with excitement.

And guess what? The apprenticeship was glowing.

I felt no hesitation or debate about this decision.

Instead of worrying about how I could help others, I was choosing something that would bring me happiness and inspiration.

I was accepted into the program almost immediately. And I never looked back.

And exactly what I hoped would happen happened: when given a deadline, I just sat down and wrote.

And as it turns out, after all of these years of exploring and adventuring, I had much to say and share.

And here’s what else happened by following this thread when it glowed:

I published my first piece on elephant journal after the first month of being in the apprenticeship, and every piece I have submitted since then has been accepted for publication immediately.

Not only that, but the reception was major. I had significant readership right away. I received comments from strangers thanking me for my inspiring articles, and in some cases telling me that my sharing challenges from my life made them feel more accepting of their own.

It was touching receiving this kind of feedback, and the whole experience reinforced and fed my desire to write more and more. It has been exciting and redeeming, and now I am writing all the time. I hope to become a columnist at elephant journal as soon I qualify.

As it happens, I was also on the job market during my apprenticeship. I came across a writing and editing position at a marketing company. I immediately applied, submitting a portfolio of writing samples that included some of my published pieces from elephant journal.

I got a reply within a few hours of applying, had an interview the following Monday, and was hired by the Wednesday of that week. I started last Monday.

In case you don’t have a clear idea of the timeline that this all took place in, it has been less than four months since I applied to the program.

The funny thing is, it didn’t even occur to me that signing up for this apprenticeship would lead to further jobs or career development. I just knew that I wanted to write and that I needed structure, guidance and deadlines to make it happen. And that by signing up, I would be certain to create new habits and would have to commit.

And I have already been published six times and have switched career paths in a matter of months.

I signed up for the apprenticeship purely for my own inspiration, and by following my heart, but as it turns out the inspiration has expanded to a wide span around me to countless others.

I actually can help others through my own wisdom, experience, and words, and by doing what I enjoy.

I have a new community of writers, editors and friends.

Suddenly I am a paid writer and editor.

Writing is an integral part of my daily life now. It has become the central way that I am of benefit to others, and impact other people’s lives.

And—I am of benefit to myself! Writing is such a wonderful mode of expression for my introverted and sensitive self, and by being completely and naturally “me,” I as well as others are benefitting massively, because I am happy, energized, and inspired again.

And it is contagious.

It is amazing what you can accomplish when you follow the glow.

Happiness is an Inside Job. 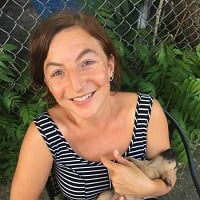