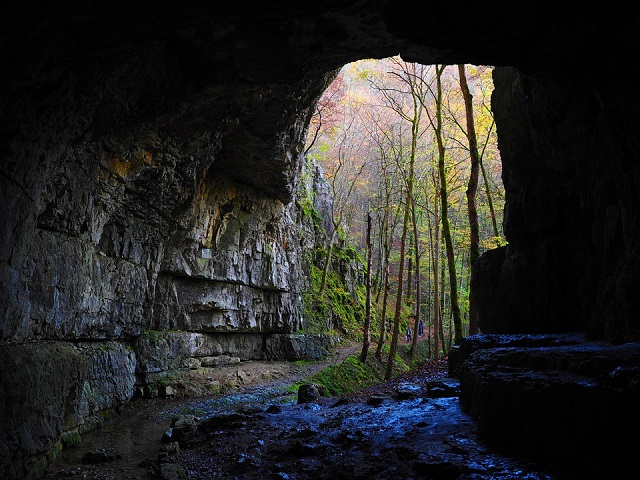 Jim Morrison’s poetry filtered into my world through snippets of songs I heard on the radio as a teenager—and once in a remote hostel in Northern England, at breakfast time.

I remember thinking that time in the hostel, while getting ready for a grueling day’s hike through the fells, that The Doors’ song, “Riders On the Storm,” was a somewhat heavy selection for seven in the morning. But as it turned out, I ended up trudging through a heavy storm all that day, so it was perhaps quite fitting.

A few years later, I began noticing connections between Jim Morrison’s words and those of other poets I admire.

Morrison, lead singer of the iconic group The Doors and reportedly a voracious reader, was influenced by thinkers like Friedrich Nietzsche, Arthur Rimbaud, Jack Kerouac, William Blake and Charles Baudelaire, among others. It made sense that I was attracted to Morrison’s words, as it appeared that our reading list was rather similar.

What I love most about the words of Jim Morrison is the way he penetrates the human condition. He states things that we all think about, but sometimes are afraid to voice out-loud. At once wise and naïve, Morrison’s poetry and lyrics are optimistic but subtly dark, and always they evoke a love of authenticity.

I find it interesting that the name for the group The Doors comes from the title of Aldous Huxley’s book, “The Doors of Perception.” Huxley’s title was a quotation from William Blake’s “The Marriage of Heaven and Hell,” where Blake wrote:

“If the doors of perception were cleansed, everything would appear to man as it is, infinite.”

William Blake, Jim Morrison and I agree on this:

“Blake said that the body was the soul’s prison, unless the five senses are fully developed and open. He considered the senses the ‘windows of the soul.’ When sex involves all the senses intensely, it can be like a mystical experience.” ~ Jim Morrison

Morrison’s quotes have also taught me to trust in the instinct to honor my truth. Not an easy task in a world where being part of the pack feels safer. I’ve learned about love, friendship, living in the moment and letting my freak flag fly.

“People are afraid of themselves, of their own reality; their feelings most of all. People talk about how great love is, but that’s bullsh*t. Love hurts. Feelings are disturbing. People are taught that pain is evil and dangerous. How can they deal with love if they’re afraid to feel? Pain is meant to wake us up. People try to hide their pain. But they’re wrong. Pain is something to carry, like a radio. You feel your strength in the experience of pain. It’s all in how you carry it. That’s what matters. Pain is a feeling. Your feelings are a part of you. Your own reality. If you feel ashamed of them, and hide them, you’re letting society destroy your reality. You should stand up for your right to feel your pain.” ~ Jim Morrison

“The most important kind of freedom is to be what you really are. You trade in your reality for a role. You trade in your sense for an act. You give up your ability to feel, and in exchange, put on a mask. There can’t be any large-scale revolution until there’s a personal revolution, on an individual level. It’s got to happen inside first.” ~ Jim Morrison

“That’s what real love amounts to—letting a person be what he really is. Most people love you for who you pretend to be. To keep their love, you keep pretending—performing. You get to love your pretense. It’s true, we’re locked in an image, an act—and the sad thing is, people get so used to their image, they grow attached to their masks. They love their chains. They forget all about who they really are. And if you try to remind them, they hate you for it, they feel like you’re trying to steal their most precious possession.” ~ Jim Morrison

“No eternal reward will forgive us now for wasting the dawn.” ~ Jim Morrison

“When others demand that we become the people they want us to be, they force us to destroy the person we really are. It’s a subtle kind of murder…the most loving parents and relatives commit this murder with smiles on their faces.” ~ Jim Morrison

“We fear violence less than our own feelings. Personal, private, solitary pain is more terrifying than what anyone else can inflict.” ~ Jim Morrison

“All our lives we sweat and save, building for a shallow grave.” ~ Jim Morrison

“Expose yourself to your deepest fear; after that, fear has no power, and the fear of freedom shrinks and vanishes. You are free.” ~ Jim Morrison

“Where’s your will to be weird?” ~ Jim Morrison

Other times I have just fallen into the beauty of simple words that evoke deep feelings:

“I am troubled, immeasurably
by your eyes.
I am struck by the feather
of your soft reply.
The sound of glass
speaks quick, disdain
and conceals
what your eyes fight
to explain.” ~  Jim Morrison, Wilderness: The Lost Writings, Vol.1

Jim Morrison—American musician and poet, 1943-1971—lies buried in the Pere Lachaise Cemetery in Paris. Lachaise, established by Napoleon Bonaparte, is quoted as being the world’s most visited cemetery, as it is home to the graves of many well-known individuals, including Abelard and Heloise, Marcel Proust, Frederic Chopin, Moliere, Oscar Wilde, Edith Piaf and Eugene Delacroix.

Sometimes I marvel at the similarities between Jim Morrison and Jimi Hendrix in that both were so talented, with vulnerable hearts—keen thinkers, sharply intuitive about what ails us—and both too quickly felled on their road to brilliance. And yet they remain immortal, because as Jim Morrison said:

“Nothing else can survive a holocaust, but poetry and songs.” ~ Jim Morrison

I think that he is right—only poetry and songs will survive. Just like all the ancient recorded tales of old, they are the only windows left to the hearts of men and women long gone.

Words are the magic that holds us together.