Manipulative Relationships: Identifying them & Getting Out. 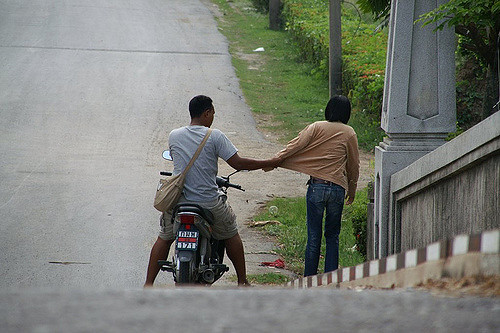 I grew up on fairy tales.

I mean, I couldn’t get enough of them. Especially the ones with a princess in a big dress and delicate shoes, who falls in “forever love” with a handsome prince, who was a frog in a former life.

At some point I stopped believing that I would be swept away by a magnificent person and comfortably attended to in my castle. Now don’t get me wrong, I am sure there are princes or frogs still out there, willing to be my “happy ever after” partner, but I am once bitten, twice shy and now look for early danger signs.

It all began, once upon a time, back in the days of my Internet dating debut. I met a man online who swept me off my feet and far, far away. He was dedicated to me and the relationship but not in a glowing nurturing way, in a threatening, controlling and fearful way. The relationship came with conditions that weren’t clear to me at first. They included never going out without him, always answering his many daily and nightly calls within the first ring, continuously being accused of being unfaithful, and being watched to the point that the only person left in my life was him and the four walls of my home, which were progressively getting smaller. Everyone else freaked out and left.

The problem was I couldn’t see the exit sign, and that was on purpose. It took me three years to leave, and I consider myself lucky.

Before you read further, please accept my disclaimer, “not all princely men, or otherwise” are like the protagonist of this story, but there are some wounded men who, despite appearances, are not the “happy ever after ending” they promised at the start.

In Australia alone, one in four women have experienced or are at risk of experiencing domestic violence and abuse in their lifetime. Of those women affected by domestic violence, the impact of those relationships on their lives, their families and friends who love them is devastating.

To make your job easier in spotting him, and to get you on the right track to meeting someone else who is wonderful, I’ve put together a typical profile of the behaviours to keep watch for.

According to Dr. Dina McMillan, a social psychologist specialising in interpersonal relationships who has studied the traits, the “prince” will show you his true colours pretty early on in the relationship, so you can be sure at an early stage to keep the exit sign in your sight, and calmly but surely make your way there.

Seven tactics used by abusive men as a way of manipulating their partners to exert control over them, as identified in Dr. Dina McMillan’s book, But He Says He Loves Me: How to Avoid Being Trapped in a Manipulative Relations (2007, Allen & Unwin Publishers):

1. He deliberately disguises his true intentions which are control and domination:

>> He is super nice and does things that make you swoon—they may all appear to be actions of a devoted man in love.
>>> He convinces you that he is doing these things as a demonstration of his love, and is highly demonstrative around your friends and family.
>>> He declares your relationship status early on.

2. He makes you his focus, and pays intense attention to you. That may take the shape of marathon phone calls—he wants to know everything about you, everything. You start to see a series of compulsive behaviours.

3. He progressively wants you to do things his way, and to do what he asks.

4. When you stand up for yourself, he will do everything in his power to emotionally throw you off. You may try to break up with him at this point, but he will dedicate himself to wearing you down with many reasons why you can’t.

5. He pushes you and then pulls the chains back. On the hand you are stroked and coddled, and on the other you are inferior and not worthy of respect.

6. He has double standards; the behaviour he demands from you are not the behaviours and standards follows himself, such not wanting you to see people without him being there. These rules don’t apply to him; if you object, you’ll be accused of wanting to control his life.

7. He puts pressure on you to go outside your comfort zone, and do things that make you feel uncomfortable, inadequate and inferior and then he’ll get angry if you try to get out of it. The bedroom is a particular focus of this behaviour.

Beware, these are all signs of manipulating you to be under his control. These manipulations, says Dr. Dina McMillan, are deliberately designed to leave their partners emotionally dependent, insecure, needy and lacking in self-esteem, and that is what gives the abusers power.

If he is holding on to the relationship so tight that you can no longer be your own person with your own opinion, push that revolving door hard and send him on his way. This is not the man for you, or your sister, mother, cousin, friend, colleague and even your neighbour—we are all vulnerable to this man walking into our lives and leaving us devastated, or worse.

If this article is ringing bells on your relationship, read Dina’s book, watch the video below, speak with someone you trust and keep the exit sign where you can see it.

Women are the predominant victims of violence at the hands of men they know. Dina McMillan teaches women how to identify the signs of potential violence before it happens. 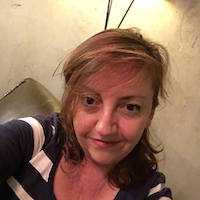