The Ancient Art that can Empower your Life. 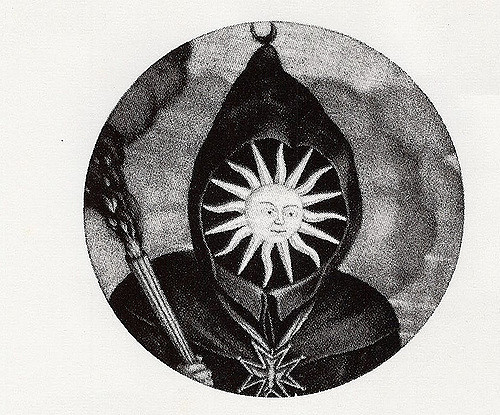 Alchemy—to most people, it will either call to mind some modernized “chic” reference to a product line in a New Age store, or it will conjure up images of old, bearded men in chambers, working with archaic chemistry sets in an attempt to make gold.

To be completely honest, as powerfully inspired as I’ve been across the years of my life to pursue the path of the Alchemist, it hasn’t been until recently that I have come to really “know it” for the first time.

As is almost always the case, we can stand in an idea at its inception, and only really come to a point of understanding it after journeying through it completely and arriving back at our very starting point. After many years on such a journey—searching, studying, and numerous perceived failings at life—I was eventually led to a place of deep understanding, where the language of the ancient Alchemists started to make complete sense to me.

Although there is a very real, physical, hands-on component to Alchemy in which certain chemical undertakings are carried out, and this has had an immensely valuable contribution to humanity across the ages, the value of the art for us in everyday life runs much deeper, yet is far simpler.

Alchemy is an art well worthy of becoming intimate with in the modern age because by finding an understanding of the seven Great Universal Principles, we realize that there is indeed a map for life; a map as applicable to us today as it was when it was first introduced to the world, and in following the directions laid forth by this map we start to find a previously unknown degree of empowerment.

Of course, in order to give a thorough breakdown of the Universal Principles, one would need to write an entire treatise on the subject of Hermetic Alchemy. However, in this article I will give a brief outline of them and how they impact us in this day and age.

1. The Principle of Mentalism

This Principle states that the Universe and everything in it is mind. The All, God, Grace, The Almighty Is, whatever term you desire, has created the Universe as a projection of its own Divine mind. As The All is in everything, and everything is in The All, there is nothing but The All. This being the case, there are no raw materials lying around outside of The All for it to “build” a Universe with. If it was to split a part of itself off from itself, that part would no longer be The All. Therefore, the only viable way left to create the Universe is as a projection of its mind.

“THE ALL creates in its Infinite Mind countless Universes, which exist for aeons of Time—and yet, to THE ALL, the creation, development, decline and death of a million universes is as the time of the twinkling of an eye.” ~ The Kybalion

Coming to truly understand this Principle opens us to a world of pure potential, and we find application of it in life through the next Principle.

2. The Principle of Correspondence

3. The Principle of Vibration

According to Hermetic Alchemy, and now also to modern science, there is no such thing as matter. Everything that we once took as solid and unmoving has been proven to be a collection of molecules vibrating at a very slow, dense rate.

This Principle provides the framework of our Universe, demonstrating how all movement occurs and allowing us the insight into how emotion is more powerful than thought, and how thought is more powerful than the physical reality. In understanding such a thing, we have the ability to move above dis-ease and actively create our reality by shifting the vibration from which we operate.

4. The Principle of Polarity

The Principle of Polarity shows us that things we once took as being separate and unrelated are actually one. Working with this Universal Principle starts to show us that elements such as hot and cold are not two separate things, but the actually the same, separated by nothing other than degree. We refer to it as temperature, and both “hot” and “cold” are but different faces of this.

Because of the Principle of Correspondence and the axiom, “As Above, so below; as below, So Above,” whatever is possible on one level is possible on all levels. If something on the physical level such as temperature encompasses both hot and cold as the one thing separated by degree only, then the same is true of emotions. Love and hate are the same thing, separated only by the degree of vibration they exhibit.

The reason this Principle is so important to us is because it shows us that we have the power to change what we feel by changing the vibration of our thoughts and emotions. We have the ability to shift a thought from anger to calm, and the ability to shift an emotion from hate to love as readily as we can turn hot water into ice.

5. The Principle of Rhythm

The fifth Great Universal Principle shows us the nature of the Flow. Our entire Universe is governed by Rhythm; tides rise and fall, day becomes night which becomes day again. When something swings to the right, it must come back to the left at an equal force.

How often do we feel a little down, and then the very next day is fantastic? How often do we struggle through some hardship in life, and then have a major breakthrough and achieve something wonderful? This is the Principle of Rhythm at work in our lives, and the key to it is this: We have the choice at any point to polarize ourselves where we desire. We cannot stop the pendulum from swinging back and forth, but through force of conscious will we can move above it and allow ourselves to stay where we desire without having to swing back to the opposite side again.

6. The Principle of Cause and Effect

“Every Cause has its Effect; every Effect has its Cause; everything happens according to Law; Chance is but a name for Law not recognized; there are many planes of causation, but nothing escapes the Law.” ~ The Kybalion

Nothing happens by chance! This is such a beautiful understanding to come to because it allows us to see that there are definite patterns that govern the way things turns out. We are never left to find our way through a world of chaos, rather, once we come to understand fully the Principle of Cause and Effect, we can see how one thing gives birth to another, and find the connection in everything.

7. The Principle of Gender

The Divine Feminine and Masculine are contained within everything; from the protons and electrons in a cell to a man and woman procreating in order to create new life.

The entire Universe was created on the energy of One creating Two, and Two creating everything. This understanding permeates across every religion and doctrine of thought from the ages of humankind.

Each one of the Great Universal Principles of Hermetic Alchemy connects to the others in order to create a map of life for us. When properly studied and understood, they show us the way to live a life of fantastic empowerment, but like everything, understanding without application is useless:

“Knowledge, like Wealth, is intended for Use. The Law of Use is Universal, and he who violates it suffers by reason of his conflict with natural forces.” ~ The Kybalion 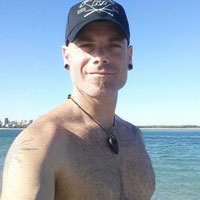