The Columbine Shootings Were 17 Years Ago: What Have we Done? 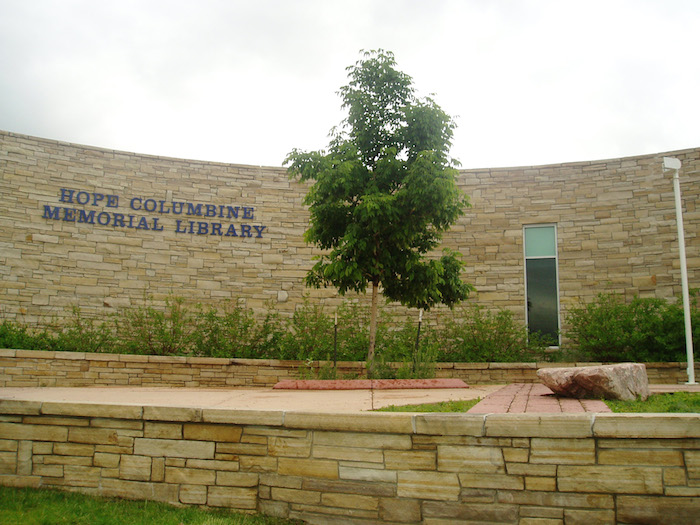 Dylan Klebold was 17 and Eric Harris 18 when they walked into their high school in suburban Denver, planted huge bombs concealed in duffel bags in the cafeteria that would have killed and maimed hundreds had they exploded, then shot dozens of people on the school grounds and killed 15, including 12 peers, one teacher and themselves.

Columbine was a failed bombing that became the worst school shooting in history. At the time. In the decade post-Columbine, over 80 school shootings occurred in the U.S., not to mention the plethora of mass massacres at other venues like cinemas, churches and airports.

I was finishing up my freshman year of college at UT at the time of the tragedy. I vaguely recall seeing televised aerial footage of the vast campus, kids barely younger than me embracing and sobbing, overcome with shock and sadness. I remember that it was a big deal.

Columbine, at the moment, was scary and ominous. Now, it is incomprehensible and bizarre.

I’ve read two books on Columbine in the past few months, one a journalistic review of the event, killers, victims and aftermath, the other a heartbreaking and surprisingly compelling account written by the mother of one of the killers, Dylan.

Sue Klebold’s A Mother’s Reckoning: Living in the Aftermath of Tragedy was written with 16 years of perspective on the day that forever altered her life and the lives of countless others in the community. She writes of praying for her son to kill himself once it dawned on her that he was on a shooting rampage and hurting others, yet she could not fully come to grips with the fact that he would intentionally harm and kill people until being shown “The Basement Tapes” by the police, months after the murders. These several segments of home video “produced” by Eric and Dylan in the weeks prior to Columbine tell of their evil plans and blare their hatred for society and particular individuals at the school (none of whom were injured or killed in the attack).

“Eric Harris appears to have been a homicidal psychopath, and Dylan Klebold, a suicidal depressive, and their disparate madnesses were each other’s necessary condition.” ~ Sue Klebold

The multitude of media myths around Columbine are thoroughly outline in Columbine by Dave Cullen, a fascinating book that was clearly meticulously researched. Published in 2009, it is a comprehensive, narrative take on the matter.

Having absorbed these two volumes, it is obvious that the underlying root problem in mass murders/school shootings/terrorist attacks—any type of violence, really—is what Sue Klebold calls brain illness or brain disease. (As opposed to “mental illness.” Or “crazy f*cked up in the head.”)

This is something I know intimately. It hardly seems possible looking out from my eyes at my life today and the relative balance, serenity and contentment I’ve attained (balanced, of course, with periods of worry, frustration and confusion)… but for a solid 9 years, maybe more, beginning at the stroke of turning 20, I wrestled with a variety of brain demons: namely, depression, anxiety and mania. Eleven years ago, in mid-April 2005, I was committed to the Austin State Hospital for ten days during a textbook manic episode.

Brain disease is not limited to tumors. Mental illness is a brain disease. Whatever you call it, it is a huge issue among humanity that affects all of us.

Even those of us who may or may not have a diagnosed brain illness and who look at murderers and terrorists as some alien entity, some “other” that does not pertain to us, an enemy of goodness and society.

My own personal mind’s disease was not homicidal or suicidal. It didn’t reach that depth. Most depressed people just turn their anger inward and hate themselves, a sentiment painfully chronicled by Dylan Klebold in his journal. (Both Columbine killers left behind mountains of written documentation.) The most frequently used word in Dylan’s notebook was “love,” while Eric’s diary’s first line stated, “I fucking hate the world,” and he goes on to fantasize about offing all humans from the face of the earth.

“Our current story facilitates the rise of psychopathy and empowers the psychopath. … We must act in order to take away their power and change the system.” ~ Charles Eisenstein

The media coverage of the Columbine shooting and the details released about the killers, their preparations, and the execution of their sinister plans have led to a large amount of copycat killings. Other teenage boys who see them as heroes, which is exactly what Eric envisioned and intended.

According to Malcolm Gladwell’s chilling New Yorker essay Thresholds of Violence, “The sociologist Ralph Larkin argues that Harris and Klebold laid down the “cultural script” for the next generation of shooters. …Their motivations were spelled out with grandiose specificity: Harris said he wanted to “kick-start a revolution.” Larkin looked at the twelve major school shootings in the United States in the eight years after Columbine, and he found that in eight of those subsequent cases the shooters made explicit reference to Harris and Klebold.”

So, one thing that we can do at the individual level is not glorify the killers. Not watch news programs or channels that do so. Not obsess over their faces and names. Not give them the spotlight. Ironically, Eric and Dylan have the spotlight in these two books and in the annals of recent history. By studying them, we can begin to approach an understanding of what happened, and why and how it happened. Changing gun laws would help. Preventing, recognizing and effectively treating brain illness would help more.

Columbine was 17 years ago, today.

Where were you that day? Where were we? And where are we now?

Sue Klebold has devoted her life to loving and understanding her lost son and grieving for his victims and their families. Her book goes into some depth around raising awareness of brain illnesses, especially in adolescents and teens, and suicide prevention and support for the families and friends of suicide victims. She does not take responsibility for her son’s actions but seeks and finds a number of warning signs in retrospect, of course. More than anything, her book shows that violent tragedy can strike even in a loving family and seemingly tranquil community.

Anything can happen to us at any time. How can we move through the moments and experiences with grace and presence? How can we live from the heart and inspire and encourage others to do the same? How can we help those lost among us who are disconnected from their hearts—before another senseless tragedy occurs?