The Peace of Hopelessness. 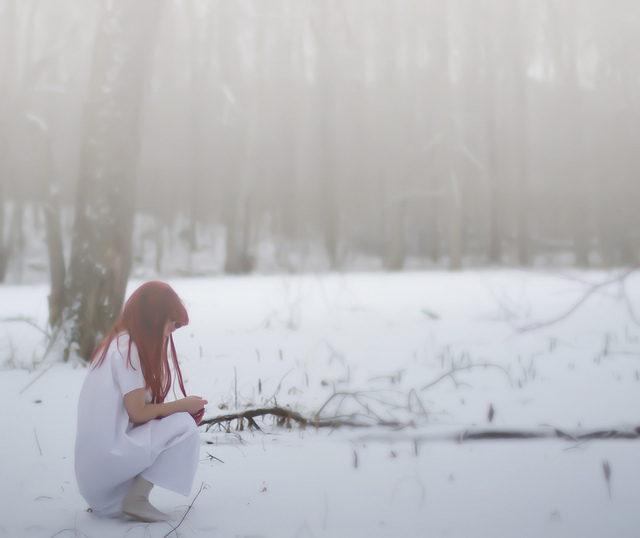 The first time I read Pema Chodron’s book, When things Fall Apart, my father was ill. Overnight, Dad had lost decades of his long-term and short-term memory because of an inflammation in the brain that couldn’t be explained.

He still remembered the people he loved, just not where we all lived. He could still dress himself, but he didn’t recognize the clothes in his closet. He still had a sense of humor, it was just that he would make the same jokes over and over and over.

He was determined to “get this memory thing sorted out,” despite the less optimistic prognosis.

Instantaneously, this illness made life different for our family, because he couldn’t work, he could never find the cereal in the morning, and he only knew what city he was in from reading the newspaper, which he did first thing every morning.

Answering his questions was heartbreaking, even the first time.

Illnesses like brain injuries often feel like a death, and in a way they are. Extreme illnesses are an ending of the life we’re familiar with, the life that will “always work out in the end” or the life where “things will get better.” But my dad, a man in his fifties, who I thought was everything solid and certain, would never be like he was before.

Even so, I kept longing for the man he had been when he could drive a car and knew what city he lived in. I hoped Dad could go back to the job he loved, and I hoped that he would start to remember his wedding day clearly again. I also hoped that his damn seizures would stop waking us up at 11 p.m. For some reason, his seizures always happened at that time.

This story with my father is a small slice of my life at the time when I was reading Chodron’s book. So, when I began the chapter, “Hopelessness and Death,” I could relate, but had no idea how to shift from wanting the previous version of my father to acceptance of his illness. In this chapter, Chodron writes,

“We’re all addicted to hope—hope that the doubt and misery will go away.”

“We hold on to hope, and hope robs us of the present moment.”

Maybe having hope alone is not such a bad thing, but my hope at that time was coupled with a fear of what life with no ability to remember would mean for my father, or that if his memory could be mysteriously wiped out overnight, something worse could happen. Chodron addresses this, too:

“Hope and fear is a feeling with two sides. As long as there’s one, there’s always another.”

It’s a confusing state to be in. I hoped until I couldn’t sleep, until my whole body ached for a future that didn’t exist and for a time in life that was long gone. I breathed as if I was trying to resuscitate the past, and at the same time I held my breath for the future. Hope pulls us forward, distracting us from right now. Hope is a reinforcement that we are not enough—that without his memory my father was less than before.

Giving up hope is giving up the illusion that life should always be roses.

This can sound depressing. It was for me; all we had was hope that my father would get better. But, instead of setting aside hope, I put down Chodron’s book. I chose to hope. It got me out of bed. It made me accompany him on his daily walk, so that maybe one day he could do it himself without getting lost coming home.

Hope was what kept my family with Dad on every single doctor appointment eager to get a diagnosis or a treatment. This feeling made me yearn to read books about brain plasticity and find proof that brains could rewire themselves. Hope even made me believe that, someday, I would see my father—even with his brain injury—as a complete and whole human being.

So, as paradoxical as it can be, hope was a power I wasn’t able to give up yet, and when I did give it up, it wasn’t by choice.

A year into Dad’s illness, his heart stopped during one of his seizures. That was when I gave up hoping.

We have to when death comes, right?

Gripping so desperately to hope and fear and then having that double-sided feeling so quickly disappear, I was caught off guard. For a time, I had nothing else to hold. My body and mind spilled into the present, and once again I was smack in the middle of what I feared.

The bizarre thing was that fear and hope disappeared, and I relaxed in hopelessness.

In full realization of the only thing that is certain, impermanence and change, I had no choice but to be at peace.

Hope and fear blurred my experience of enjoying my father during his illness. But after he died, through a lens of hopelessness, I began to recognize who my dad became during this time.

Without the same memories that nagged me, Dad became a man who would give his family a hug every time he saw them, even if we lived with him. He was interested in getting to know you, whether you were passing by on the street while he was raking leaves or whether he had known you his entire life. Every meal was the best meal he had ever had, even if it was just leftovers from the night before. And, he would exclaim that it was just fantastic that there was finally a black president and women running for office.

I just about missed all this, but only in hopelessness could I accept and even celebrate Dad’s illness. I don’t know if, given more time with him, I could have understood this and appreciated his illness, but I do hope to remember him without his memories. 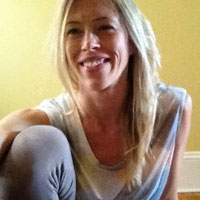