Things I Didn’t Expect When I Quit my Job to Backpack India. 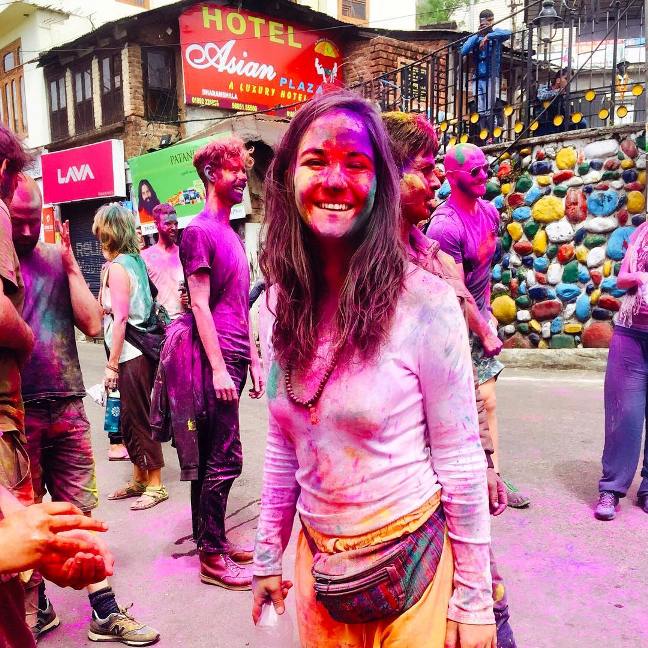 Six months ago, I turned my daydream into reality.

I walked into my manager’s office and broke the news that I would be leaving the cube life for an adventure across the world.

When I quit my nine to five job, I had a few freelance writing gigs, a one-way ticket to India, a confirmation for a one-month yoga teacher training, and a heart bursting with excitement. I tried to eliminate my expectations, but like many of us, I found it hard not to feed into the ideas of what “should” happen when I took the leap of faith to the East.

Traveling alone around India as a solo female backpacker, I knew it might be frightening and lonely at times. It felt safe to assume that I’d never be the same and my worldview would change forever. We don’t have to hop on a plane to know that much.

Here’s some of what I’ve learned that I wouldn’t have know from simply opening up my Lonely Planet book. Hopefully, it inspires someone else to follow their dreams, whatever that means to them (travel or not).

Good friends are easy to come by.
Despite popular belief, good friends are all around us. As long as we let go of the idea of the “type” of person we would be friends with, we’ll never be without good company when we’re traveling. As I write this, I’m sitting on a 12-hour train ride with two friends I met a week back doing acro-yoga on the roof of my small guesthouse. They are also yoga teachers from the U.S. traveling alone through India.

Sometimes I find myself around individuals with such similar morals and aspirations that I forget the very foreign circumstances that we’re in. However, I don’t only find deep friendships with these types of people, but with diverse foreigners and locals alike. I’ll never forget the moments I shared with a middle-aged, cheerful Indonesian restaurant owner, an old man performing prayers outside a temple in Mumbai, a spiritual French man, a young Pakistani teenager, and countless other lifelong friends.

There’s a large network of people with similar “radical” ideas.
When I quit my nine to five to travel India as a solo-female traveler, I received a lot of unwarranted praise for my “courageous move.” Thanks to the Internet, I already had an idea of the number of people who rejected the status quo of working absurd hours in a cubicle doing a job they felt passionless towards. I didn’t expect the mass of people I would meet who seemed to take this as an obvious path, not a courageous choice.

I met these people in hostels, at cafe or via social media. Everywhere I looked I met someone more “radical” as me. The networks of backpackers, volunteers, traveling entrepreneurs and freelance workers (also known as digital nomads) are strong and easy to break into. When I kept my eyes open, I saw many opportunities to connect with these communities via co-working spaces, travel apps, Facebook groups, and sites such as Airbnb, CouchSurfing, WorkAway and YogaTrade.

True friends reveal themselves.
Surface level relationships dried up and disintegrated when I left for the other side of the world indefinitely. Perhaps on both ends we no longer felt that we had a lot in common. I knew many people wouldn’t understand or would write off what I was doing as irresponsible and unsustainable.

What I didn’t know was how many people would come out of the dark and get closer to me as I journeyed thousands of miles away from them. The support from these friends has brought so much purpose to my life, as I see that the words I’m sharing seem to echo what’s within their hearts.

Things always work out.
Traveling has taught me to let go of my false concept of control and let life take its course. In the states, we have the notion that “we’ll make it happen” no matter what it takes. In India particularly, the universe has it’s own plan, and sometimes there’s just nothing a traveler can do about it. If I spend all day at the train station, tourist office, and bus station to get to a certain place and it doesn’t work out, maybe I should take it as a sign that I should go somewhere else.

Usually the change of plans ends up working out beautifully. I’ve met the most incredible people on my trip this way. If there had been room at any of the hostels in Rishikesh when I looked, I wouldn’t have ended up sleeping on the patio at Shiv Shakti guesthouse, where I spent three dollars a night for some of the best times of my life.

Many doors opened, but I wasn’t pushed through them.
To expect solo travel abroad to change the course of my life drastically was a fair assumption. I’ve noticed, however, that without taking a few extra steps, it can become just another consumer endeavor, addiction, a feeding of the ego. Once I freed myself from the constraints of a conveyer belt life, I saw doors swing open in many directions. I’ve met many travelers who stay put and don’t take the opportunity to volunteer, to immerse in culture, explore creative and entrepreneurial endeavors or dive into the world of introspection.

I found that in traveling through the East alone, there’s a huge opportunity to explore spirituality. I took interest in vipassana mediation, Buddhist philosophy, religious studies, yoga lifestyle, and anything I could get my hands on that could help deepen my understanding of the world and my place in it. However, I met many others who continued the same lifestyle they left at home in a different country, equally as content with their routine or often frustrated with their lack of growth. Traveling is one scenic route to personal development, but we won’t go anywhere without taking the steps ourselves.

Travel didn’t change me—it only transformed my sense of I.
We’re constantly changing through life. At some periods, the transformation is rapid, like those instances when we travel. Ironically, traveling has brought me closer to the part of myself that is unchanging. Instead of turning me into more of a backpacker type, hippie, nomad, free spirit, whatever we’d like to call it, traveling has forced me to see the futility in labeling myself as anything at all.

I see the universality of the human experience much clearer, bringing me closer to a fundamental tranquility and love that’s always been present within myself. 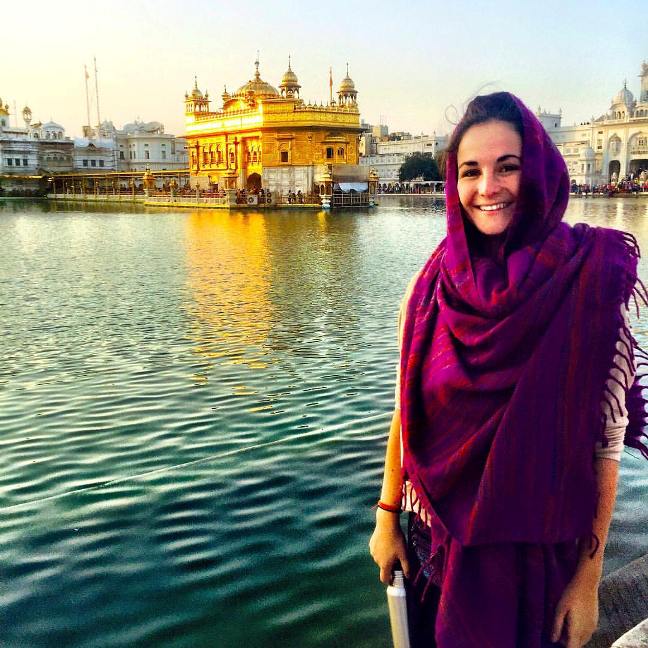 The truth is, we’ll never know what will happen when we follow our dreams unless we take the leap of faith and go for it.

Many of us find that in doing so, we’re not as radical as we once thought we were, that the world embraces us with open arms, and our path unfolds before our eyes quite seamlessly (although not always the way we planned.)

Ultimately, it doesn’t take buying a one-way ticket across the world to open our eyes to the fact that our previous way of seeing the universe and our place in it may not be the ultimate truth.

When we drop travel guides and let ourselves be truly surprised by life—we access real courage worthy of praise.

Things I Didn’t Expect When I Quit Alcohol. 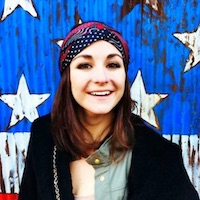