Why Soccer Star Abby Wambach’s Epic Fail May Be Her Biggest Win Yet. 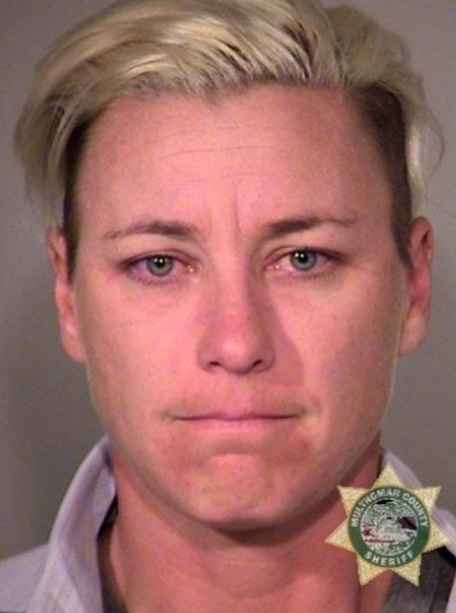 I, along with millions of others, recently saw the following quote in my FB feed:

“Last night I was arrested for a DUI in Portland after dinner at a friend’s house. Those that know me, know that I have always demanded excellence from myself. I have let myself and others down. I take full responsibility for my actions. This is all on me. I promise that I will do whatever it takes to ensure that my horrible mistake is never repeated. I am so sorry to my family, friends, fans and those that look to follow a better example.”

My heart went out to Amy Wambach, the woman who said those words.

Not that I, an ordinary woman with an ordinary life, want to in any way compare myself to Wambach, “the leading career scorer—male or female—in international soccer.”

But I know of what Wambach speaks.

I too have made horrible mistakes in my life and I too have let others down.

While my mistakes were more of the Devil in Blue Jeans variety than the Devil in the Bottle variety, it doesn’t matter what the variety was.

What matters is that I’ve been there and done that and I know what a fall feels like. What it’s like to have the cop of life knock on the window of my car and point out to me what I was doing. Sometimes that cop was dressed like a meditation teacher or like a therapist; sometimes it was just my conscience stalking me with red lights flashing.

But one way or another, the fall woke me to my ways.

There can be no doubt but that Wambach has reached the pinnacle in her young life. A woman who has “appeared in four World Cups with the U.S. national team, and won Olympic gold medals during the 2004 Games in Athens and the 2012 Games in London.

She appears to have accomplished all that she had ever hoped to accomplish—perhaps even more.

She is also, however, a woman who must now climb the path back to the top of highest mountain she has ever faced—the path that leads to self-respect.

What I learned from my own fails, miniscule though the audience may be compared to Wambach’s audience, is that they were all, every single one of them, self-motivated. I didn’t step out of line in order to make anybody else feel better. I did it all and always to make myself feel better or because I felt I had a right to.

I had my personal justifications: My husband didn’t love me. My parents never loved me. I didn’t have the life I wanted. I was depressed.

My mantra of self-righteous justifications were more difficult to face than anything I had ever faced and facing them became for me, in a sense, my own personal World Cup.

I don’t pretend to know what the known or unknown motivations were behind Wambach’s epic fail. It appears after all to be a one-time thing.

One only has to look at the mug shot of her to see the remorse writ on her grief-stricken face.

Perhaps this was one of those “sh*t happens” things that life deals out to us indiscriminately like a train wreck—but that’s not for me to know.

What I do know is that this is a woman who is now publicly facing losses that are discussed and bandied about on a world stage. Even her sponsor, Mini USA, has jumped on the let’s-distance-ourselves-from-this-as-soon-as-possible bandwagon:

“This behavior is against the values we promote as an organization, and the safety of everyone on the road is a priority here at MINI,” the company said in a statement. “Because of this, we are re-evaluating her association with the brand and are pulling content that individually features Abby from our marketing. We will continue to assess the situation and weigh our options.”

So, when I read Wambach’s FB page, I wanted to reach out to her. I wanted to tell her I was sad for her, so sorry that she had to go through this, and that, in the end, she would make it.

I wanted to give her advice.

I want to tell this woman who has made a misstep beyond her wildest dreams, to pick a thermometer for measuring her behavior different than the public opinion, sponsor, or even the entire world stage thermometer.

I wanted to tell her to pick one single, simple thing to decide whether she has ultimately lived up to her immediate, heartfelt apology.

I wanted to tell her to keep checking her bathroom mirror.

Eventually the face I saw there, in my own bathroom mirror, was the face that became my one true friend.

Ultimately, after the amount of time that it took, however much time that was, I saw that face recognize that I had grown into and stretched beyond what was behind my “horrible mistakes.”

Ultimately, when I looked in that mirror I saw that I was a woman of compassion and understanding. A woman who realized that in the end, the very end, when I am laying on the side of my bed, not looking back at what I had done, but looking forward into the great unknown, the important thing will not be that I made mistakes, but that I owned up to them, found out their underlying motivations, made amends for them, and changed my ways.

My hope for Wambach is that she will reach the point in her life where that face, the one in the mirror, is the only one whose look of respect and understanding she needs.

I have faith that she will get there—she is, after all, made of the stuff that champions are made of—and when she does, she will find that she has not also automatically fulfilled the promise she made to her friends, family and fans in her Facebook apology, but that she achieved her greatest win yet.