5 Ways Ayahuasca can Heal our Minds. 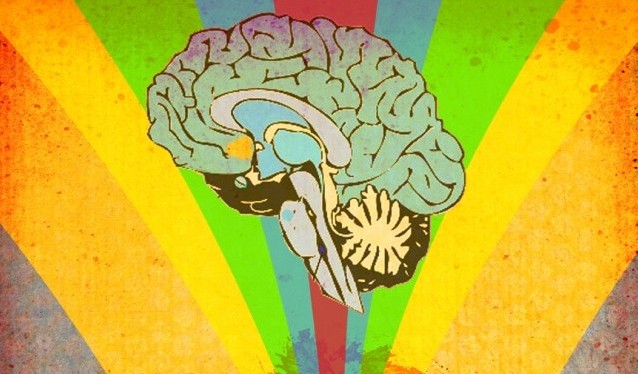 *Editor’s Note: No website is designed to, and cannot be construed to, provide actual medical advice, professional diagnosis or treatment to you or anyone. Elephant is not intended as a substitute for medical or professional advice, care and treatment.

By now you’ve almost certainly heard of Ayahuasca, a shamanistic medicinal tea which originates in the Amazon Basin.

Commonly misconceived as a simple psychedelic “drug” due to the active ingredient N,N-Dimethyltryptamine (DMT), Ayahuasca is certainly psychedelic, but has very real medicinal benefits for users.

Until recently this was a topic I was only mildly interested in. While I’ve experienced trauma in my life and have coped with it in different ways, it hadn’t occurred to me to try Ayahuasca—until my friend did. He comes from a background that caused him serious trauma, and lives with PTSD. When he decided to undertake the Ayahuasca experience this spring in Peru, I was walking on eggshells, waiting to hear how it went for him. In the meantime, I wanted to learn all I could about it.

These are the five most important ways that Ayahuasca can help anyone heal their mind, and what to expect from these benefits. I did the research before he left, but it only really fell into place for both of us once he was back; it was then that we could see how it all fit together.

DMT is a neurotransmitter found throughout the human body, and especially in the blood, brain, and lungs. The normal processes of the human body destroy any DMT that enters the system so we typically experience no sensation or experiences related to DMT. Our bodies use monoamine oxidase to eliminate DMT, and Ayahuasca also contains a monoamine oxidase inhibitor (MAOI); therefore, we don’t digest and dump the DMT in Ayahuasca and instead it remains to alter our consciousness.

But why would anyone take Ayahuasca to treat depression? After all, depression (along with PTSD and drug addiction) is one of the most common reasons people have for taking it.

For my friend, it took many years for him to see that the conflicted, troubling emotions he was feeling were in fact depression—along with anxiety and other issues related to his PTSD. Once he started to piece together how his past traumatic experiences were impinging on his life every day, it made sense to him to attack the depression these experiences caused him head on by taking Ayahuasca.

There’s some medical evidence for this kind of approach. An inability to process serotonin normally is typical to most kinds of depression. This is why many people take antidepressants called SSRIs, or selective serotonin reuptake inhibitors; these drugs bind with the same sites as serotonin leaving serotonin to circulate longer. DMT works similarly, bonding to those same sites, but at a higher rate. This helps the brain be more efficient, making better use of whatever natural serotonin levels are already there.

Unfortunately, talk therapy can take years of time to produce successful results. And while a single Ayahuasca session is not typically a substitute for years of therapy, the experiences of many Ayahuasca drinkers suggest that the accelerated insights gained in a session can in fact be a source of major change and progress.

For my friend, talk therapy always felt like a dead end. He felt himself constantly trying to “outsmart” his therapist, engaging in an endless oneupmanship that neither of them wanted. He wasn’t sure why this was his gut reaction to the process, but in the end it made therapy feel like a waste of time.

As he started to learn about Ayahuasca he was drawn to the idea of learning for himself what was really bothering him at his core. It sounded empowering to give himself the tools he would need to simply access his traumatic memories and take charge of his own process. He wanted to gain those accelerated insights so he could make the changes he wanted and needed to make, and Ayahuasca seemed like the way to get them.

This may be, in part, because of the uninhibited feelings produced by drinking Ayahuasca. GABA inhibits serotonin and dopamine receptors in the brain under normal conditions. However, while under the influence of Ayahuasca, GABA has less of an impact on the brain. This is the source of the uninhibited feeling caused by the tea and, perhaps, the key to unlocking more in-depth insights.

Taking ayahuasca is not a cure all for depression. But it may be the thing that affords us the insight into what will solve our problems. The next step in the chain is being able to think creatively about the problems we are able to highlight for ourselves and apply our fresh insights in novel ways.

One reason that it becomes more difficult to be truly creative and think “outside the box” is that as time passes, we place more and more stock in our judgments about people and classifications for things, ideas, places, and everything else. When our patterns work for us they grow more firmly entrenched in our minds, so that we fail to see when they don’t work.

I have often found myself frustrated by my lack of creativity or originality, and even “commanded” myself internally to come up with something new and be creative. Of course this isn’t how it works! Why was I surprised when these edicts to myself failed? My friend experienced similar frustrations as he kept pushing himself instead of simply letting himself go in the directions his mind and soul needed to roam.

The lack of inhibition and free-wheeling thought produced by drinking Ayahuasca breaks this cycle in a drastic way, allowing us to see our cherished classifications for what they are: simple constructs we have created over time, and nothing more. It also helps us break patterns long established at the synaptic level.

The physical purging that often accompanies drinking Ayahuasca can actually help in this process, serving as a physical reminder that we are throwing out the existing baggage and doing something totally new. Approaching the Ayahuasca experience mindfully is in part preparing to see the purge as a cleansing process that rids the self of toxins, both physical and emotional.

As he was sweating and shaking on the floor of a hut in Peru, my friend said he felt as though his entire body was being drained. His purge was dramatic. When his body finally stopped purging, he felt empty—but only of toxic garbage that he didn’t need anymore. He felt light as air. And he realized he had infinite space and capacity for creating new things.

The practice of mindfulness includes striving to surrender. It’s not as simple as it sounds, but it’s important for total mental and spiritual health. Still, ego and control issues often challenge us as we work to let go.

The Ayahuasca experience is all about surrender. It is a process that defies control, and any attempts to control the experience will almost always result in something unpleasant.

Drinking Ayahuasca is a great lesson in surrendering. Surrendering in that setting and facing even the worst fears and most traumatic experiences each of us harbors makes surrendering on the day-to-day details that plague a mindful existence an easier task.

For my friend, it wasn’t easy to just be vulnerable in that setting. As someone who survived a dangerous, sometimes violent experience in refugee camps as a child, he learned early never to relinquish control over his surroundings. It’s easy to understand why surrendering is such a challenge for someone who has survived this kind of trauma.

5. An integrated existence of respect and self-love

Taking the steps needed to heal from past traumas and ongoing depression and anxiety shows a commitment to the self. It is a sign of love, commitment, and respect for the self.

So often as we strive to achieve and “improve” ourselves day by day, year by year, we actually lose ourselves in the process. Before we know it, we’re putting ourselves second—or much further down on the list—almost all of the time.

Integrating the insights and breakthroughs gained during the Ayahuasca experience into the practice of everyday life isn’t always that simple. It hasn’t been for my friend. This means that in a very real sense, the drinking of the Ayahuasca is just the first step in a long process.

Some of his insights have been relatively simple to integrate into his everyday life. For example, he saw that his fears of losing everything which stemmed from his time in the refugee camp were preventing him from committing to new emotional challenges. This has been an easier hurdle for him, and he has been willing and able to make concrete changes, taking on new emotional responsibilities in sensible, incremental steps.

Other insights have proven much more difficult to integrate. One of his insights was that his traumas have taught him to accept emotional abuse from people, but he is still unable to see how this plays out in his day to day life. This makes it much tougher to integrate and prompt long-term healing. This is part of the challenge of integration into mindful living.

For my friend, the Ayahuasca experience has been the first powerful step into the second half of his life. There’s no going back. He has no regrets, but he is still reeling emotionally, too. He is wondering if he will be having nightmares long-term, or if they are a temporary setback, a sign of his progress. To me, given all of the incredible emotional work he has been doing, I have high hopes for the latter possibility.

As a fellow survivor of abuse and trauma, I feel mixed emotions about the process. I can see many ways that the Ayahuasca experience might help me heal my own mind and take new steps toward emotional health, an integration I might never achieve otherwise. On the other hand, I can imagine that experiencing certain traumatic events from my past all over again might be incredibly damaging for me.

Ayahuasca is no miracle drug or magic bullet, but it’s a powerful form of medicine for the mindful patient willing to put in the work. It does seem to have the ability to help heal minds in these five critical ways—and maybe others, too. 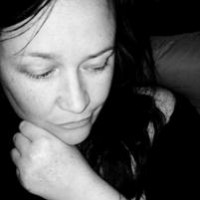