9 Ways Laughter Can Lead Us to Our Best Life. 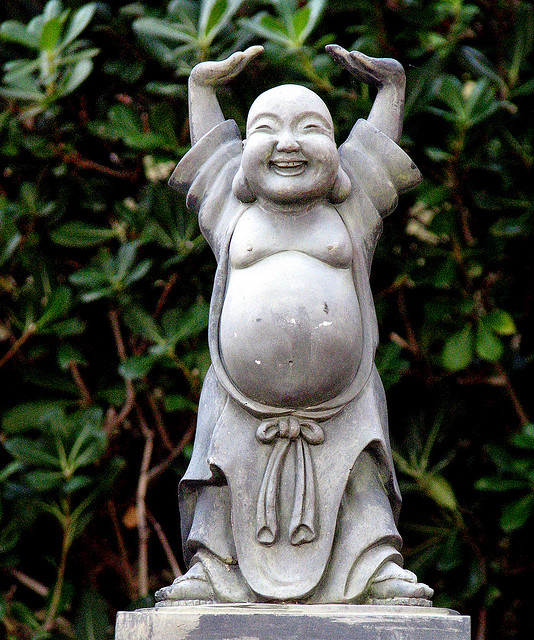 I am a Laughter Meditation teacher.

My journey began because I took myself, life and all its hardships far too seriously. I found myself experiencing digestive issues that modern medicine could not solve. One day I stepped into the Manhattan office of Dr. Alex Eingorn’s and my life changed forever.

I became a lifelong student of the art of laughter, and owe my health, work ethic, positive outlook and fearless compassion to laughter meditation. I recently started a practice called Neuroplasticity Meditation, which combines laughter and science to improve people’s lives. I hope some of the following realizations encourage you to laugh more in your own life.

1. Laughter is the best medicine.

Scientists have found that laughter improves immune function. This may be why babies laugh so much—an average of 300 times a day—without learning it as a behavior. They need to develop strong immune systems to deal with a world full of new threats. Scientists such as Lee S. Berk discovered that laughter modifies Natural Kill Cell activity, resulting in immunomodulation.

And while cancer researchers have not done enough clinical trials, it has been clearly demonstrated that laughter improves immune function in healthy individuals. Interferons were observed in individuals who were exposed to periods of laughter and scientists found that their activity increased. Interferons activate CT cells, B-cells, immunoglobins, and natural killer cells, which all contribute in preventing tumor cell growths in the body. Therefore, we can infer that laughter may in fact be the best medicine.

Laughing is a great way to drop cortisol levels. Cortisol is one of those hormones that everyone dreads—commonly referred to as the “stress hormone.” We can witness this when we are in an awkward situation. Often, we resort to a small, hidden laughter to dissipate the stress we begin to feel. When we do something silly, make a mistake or trip over a bump in the street, we laugh the stress off. Physiologically, cortisol levels rapidly decrease when an individual laughs with mirth. Excess cortisol causes us to gain weight in certain areas of the body. The more we laugh, the more we lower this hormone.

Scientists that studied laughter found that 100 laughs a day are equivalent to ten minutes of rowing. Have you ever tried rowing? It’s really hard work! Laughing works out the core and activates the cardiovascular system. The blood rushing through your body is great for moving oxygen around as well. Dr. Michael Miller of the University of Maryland School of Medicine in Baltimore proved that the tissue which forms the lining of blood vessels expands, increasing blood flow throughout the body. Dr. Madan Kataria, who started the Laughter Yoga movement with his heart patients, found that many of them improved significantly and some were able to avoid surgery and stop taking medications.

The self-help industry is a multi-billion dollar industry with more questions than solutions. Many people follow and read countless books hoping to improve themselves and their lives. Unfortunately, laughter is not something that is taught or practiced enough in all of these arenas. The irony is, the best teachers in the “enlightened” world are often the most humorous. This is not a coincidence. Laughter is a very powerful and underutilized emotional tool. Norman Cousins researched emotions during his time at UCLA and used his research about laughter as a tool to improve his own health. Laughter is a way to deal with negative emotions and fears. It improves your likability in group settings and offsets anxiety, which can lead to negative decision making.

5. Laughter is a natural pain killer.

It’s now a given fact that laughter releases neuropeptides such as endorphins and enkephalins. These hormones are used as natural opiates and pain reducing agents by the body. One study, by Cogan et al, tested the pain thresholds of both men and women before and after 20-minute-long laughter episodes. They discovered that “laughter is a pain antagonist.” This is a worthy experiment to try the next time you’re experiencing pain; laugh as much as you can, even if you’re faking it, because your body and hormones don’t know the difference between fake laughter and real laughter.

6. Laughter works out our face.

Humans have an average 43 muscles in their face. When we laugh with veracity, we use around 40 of those muscles and can prevent the droopy lines and dark spots that so many people fear these day. Research has also shown that people with more movement in their faces tend to be more successful, regardless of their field of work. This may be due to the fact that humans are social animals, and the face is the primary source of visual contact.

7. Laughter gets us high.

Humans, collectively, are the only species on the planet that uses excessive amounts of substances to experience a high. Some people drink alcohol, others smoke marijuana and there are many more options available. The neuroscience suggests that humans desire a certain amount of neurotransmitters to be released in order to remain in homeostasis. Many drugs, like cocaine, release excessive amounts of a neurotransmitter called dopamine. This leads to “hangovers” and addictions. Laughter, on the other hand, releases a natural amount of dopamine. The body balances it out. Have you ever experienced a hangover from a laughter outbreak? Next time you’re looking to get high, take a 10-minute laugh break.

More and more research is proving that laughter and humor help to change people’s outlook of the world. Laughter is a tool that can be used to overcome stressful circumstances. The next time we’re stuck in traffic or make a mistake at work, laugh it off. Experiment with this idea—laugh more in situations that would normally stress you out. Transform your anxiety into laughter, then become mindful of how you and your body react. Are you able to think more clearly? Are you reactive or adaptive? Is laughter a new tool in your life?

Shakespeare wrote, “With mirth and laughter let old wrinkles come.” Babies in a hospital in Japan were tested for melatonin before and after their mothers laughed (then breastfed them). It was found that laughter increased melatonin levels. Natural melatonin is essential for efficient sleep and skin health. It contributes to your ability to deal with allergies. Laughter literally keeps you younger and healthier. A study done in Mumbai with senior citizens found that laughter improves participation, activity and life satisfaction of older citizens. It’s also a way to avoid heart and mental health drugs that may cause side effects. Metaphorically, laughter is a way to tap into the inner child. The older you get, and the more you laugh, the closer you get to being young again.

Laughter is a tool we can all use and share to experience our best life. And the best part—it’s highly contagious. 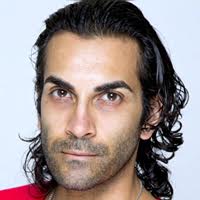