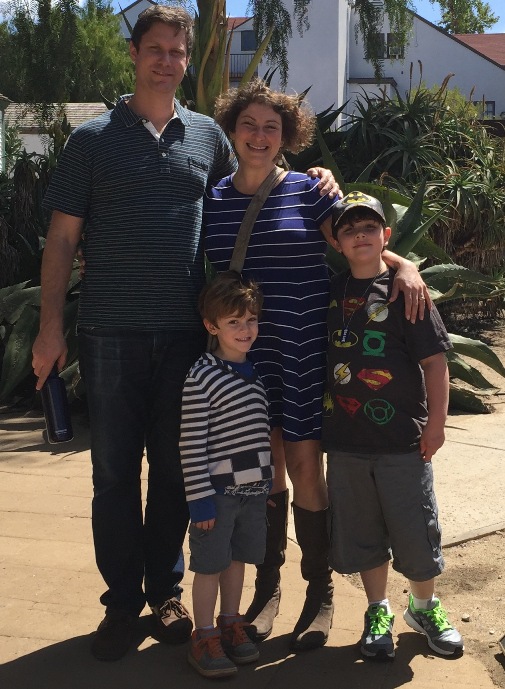 I miss my daughter. I have had two menstrual cycles since she’s been gone, both more painful than the ones before.

My daughter is gone because she has transitioned, at the age of eight, to become my son. I feel ashamed in many ways of mourning the loss. I think of parents who have lost a child, and of course it is not the same as what I’m going through. But this hurts badly, and she is gone.

I assumed that if my child had gender issues, I would have known long before second grade. The few gender fluid stories I had heard were mostly of young boys who wanted to present as girls. My family has had lots of problems, but I didn’t think having a child who was gender fluid or transgender was one of our issues.

As the mother of both a daughter and a son, I have always felt blessed to have a unique love and relationship with each. I had my girl first, and I was overjoyed. I had always wanted to be a mom and didn’t think I had a preference, but when I learned the baby was a girl, I was thrilled and relieved. I didn’t grow up with brothers or boys around. Their issues seemed foreign and confusing. I felt more confident about raising a girl. By the time I was pregnant with our second and was told he was a boy, I felt more comfortable as a parent, although I was still nervous about parenting a male child. But people’s responses are funny; they often congratulate you when they hear you have a child of each sex, as if you’ve done something amazing.

When she turned into a he, I wasn’t sure at first how openly to discuss it.

From my first post on my Public Display of Self Love journey, I have included both of my children in my writings and photos. The first time I wrote about the transition, I had Internet trolls tell me that I must be forcing this on my child, that I’m a sociopath, that I am doing this for fame and publicity, and that I’m a horrible parent. But I felt that if I stopped writing about this child because of the transition, then I was allowing fear and shame to win. That is not my truth, and that would be the wrong message to send to my children and to the community I have built. I want to show my children that a life worth living requires living as honestly and openly as possible. I also know that it can be scary to be transgender, and I want my child to know that he is loved and accepted by us, every day, and as either gender.

So instead of hiding, I have decided to share parts of this journey as well: the new fears, and the new joys.

As my daughter grew older, I found myself triggered in ways that made sense to me. I had always struggled with food and weight. My daughter seemed to also be struggling with food and weight, and I was working hard to separate my crap from hers. I feared the day that she would want to diet or might hate her body and become weight-obsessed. I am not triggered in the same ways now that he is my son. But I don’t think it’s as simple as my projections of weight and body for a woman versus a man. I think I am flooded with so many other emotions when thinking about my son’s future that his weight is a low priority.

With my daughter, I feared wounding her in the way I have been wounded.

But now that this child is my son, some of my fears are different.

I worry that he will be bullied, targeted, and made to feel ashamed of who he is. I fear that he will be discriminated against. I worry that my need to please and my anxiety have been passed down to him, and he will need better coping mechanisms than he may be able to develop. I fear his reactions to learning how cruel and mean the world can be—and I fear my own. Some days I wish I had not signed up for so many Facebook pages. My news feed is heavy and intense. I’m in the process of figuring out a way to educate myself and my family while not being inundated with the massive amount of information, most of it deeply upsetting. I don’t want to put my head in the sand, but the facts and happenings around the country are scary.

As much as gender is a hot trendy topic right now, I didn’t give a crap about it before. I didn’t care about gender neutral bathrooms, blockers, hormones, North Carolina’s horrific new laws, transgender civil rights, welcoming school curriculum, gender activists, becoming an ally, suicide rates of gender fluid people, or anything to do with gender issues. I was ignorant and in the dark, and I didn’t know it, but now it has to become part of my parenting. My son has read the book I Am Jazz, which was a big part of his coming out story. I want to watch the I Am Jazz TLC show with him, but in the first episode, the mother gives statistics on how many transgender people are killed and commit suicide every year. I want to protect my young son from this reality, and so we will not watch the show until he’s older.

And more important: for now, for him, I see beautiful things happening. When I look at pictures of my child before the transition, I can see the unhappiness. I see the mask and the discomfort all over his face. I now better understand the forced smiles and exasperation. It hurts to look at the photos, to think he was there and didn’t feel seen. Or that she was there but feeling weighed down with a big bad secret. Looking at my son now, there is a comfort that pours out of his every pore. He is more confident and happy. He has less drama with friends at school, and his work is improving. He is persistent, consistent, and insistent that his inner person is a boy. He says that this is not a phase and that he is transgender.

And so we are pioneering a new path right now. We are parents in full support of our child. We are going to love him and accept his desire to present as a boy. We are not doing surgery or hormones at this point. There is nothing going on besides our love and acceptance. We are all in individual therapy and working with lots of professionals. We are signed up to participate in support groups, summer camps, gender fluid parenting workshops, conventions, play groups, and more.

My daughter is gone for now. Perhaps she will return one day. I don’t know. But my son is happy and here now. My motherly intuition is that he is here to stay.

I am grateful that I have two happy healthy sons to love and accept, and one daughter to miss. The other night, at bedtime, he grabbed my hand and thanked me for allowing him to be himself. All I could say was, “Of course. I love you so much!” 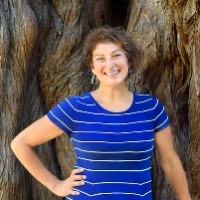