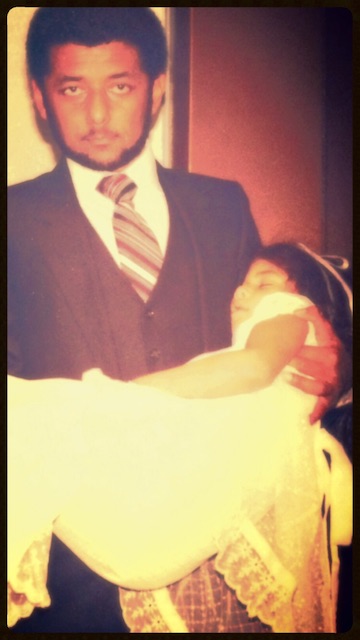 I’m going to just come out with it because we all know the classical and psychological stages of grief. I’m talking about the aftermath of those stages. The lingering longtime life of being a survivor.

Death changes. I don’t mean “Death changes people.” Of course it does. I mean grief, really.

It is grief that changes people. It changes shape and it is absolutely insidious. It takes new forms and deluded turns festooned as improvement or jumps forward disguised as failure to progress.

Grief changes everything as it changes; but it does, indeed like everything, change.

Today marks the fourteenth year of my life since the day my father passed suddenly at age 54 on a sunny, beautiful May day in 2002. Last year, on this day, grief wrecked me. I’m not embellishing; it annihilated me the way only grief can do—so acutely and surprisingly after so much time builds space between you and its fateful entrance.

Last year, I realize now, was probably the first time I truly grieved my dad being dead. I realized, for the first time that I was fatherless after 13 years. Up until then, I’d anchored my identity first, in being his daughter because he was amazing. Then, later, I dug deep into anchoring myself into being his grieving daughter. It was my touchstone and my trophy.

In one slow burn down my life’s path came the vortex of darkness that wrecked my life, my marriage, and my soul. Up until then I’d “survived.” I made survival an art form.

I’d lifted one foot after another. I’d been “strong” and “responsible.” I was 24 standing in the bright lights of dramatic misfortune. Losing your only present parent can shine a light so big that one loses sight.

I stood strong. I took in the compliments for my graceful independence and my ability to “handle so much.” I was being called brave and beautiful. I glowed in that light.

Please don’t misunderstand: I was not enjoying or taking advantage of his sudden and final departure. No, that was too sad and too dark that I dared not even acknowledge it.

Instead, I focused on how well I could seemingly master managing the grief. The problem was that the only thing managed was me and it was being done so by the sneaky grief.

First with its heart-stopping voice that thunders in making you aware of mortality, finality and endings. Then, it managed to realign every single thing in my life that I considered priority or important. Later, over time, it managed my self-worth and self-esteem. My lack of a father left bullet holes in my heart year after year.

No one was there to “give me away” at my wedding. I remember visiting a friend in the hospital the day she became a mother. Her father walked swiftly into the room and put his hand on her leg and deliberately asked, “How is my baby?” Once she nodded affirmation of being fine, he then said: “Alrighty, then let’s see my grand baby!” I cried and subtly walked out.

I remember pity parties I threw myself when no one watched. Pity over my children never getting to know their grandfather and his story-telling. I gasped and grasped at opportunities to seek validation from older men. Grown, powerful father-like personas that I needed to fill some void I wasn’t prepared to deal with yet. I let grief manage that. After all, we (grief and I) both knew I couldn’t.

Luckily so too, were my three beautiful children because somehow, somewhere in this whirlwind deception of death and nihilism, I decided that my children would forever be respected, loved and always have me available for emotional and physical support no matter what. No matter what.

Last May, grief transmuted from this malleable, unformed, shape-shifting energy that had controlled and directed my whole life for over a decade and it stood plain as can be, unmasked, unrelenting, large, dark and in my way. It cast the kind of spotlight that hides nothing, spares no wrinkle or flaw right onto my soul and there was no where to go.

In a dream months ago, I was standing in a colosseum and being commemorated for some dubious achievement. All I remember was standing there and seeing my father in a trench coat and baseball cap and he didn’t recognize me.

All these people in one way or another were watching me. They were proud and spectators of whatever honor I was receiving. I was being acknowledged publicly and he stood there just like the rest. He didn’t have a glimmer of extra attachment in his eye. He didn’t clap or stand particularly more vested in me than anyone else. His face was kind, but blank.

He had no idea who I was.

In that dream and today in this moment of grief and release, I understand that my father and I were connected, yes, but in some way I get it. These roles only attached us in this life. I realize that I am not tied to him, nor him to me.

I understand that all that exists is so much bigger than the big part he played in a small life of many that we shared. He was my mentor, father and soul-mate.

With the poignance of true forgiving love and existential reckonings, I saw that grief was leaving. By jumping out into a bigger perspective I saw his whole existence, not just the part I played (and lost) of myself in him.

I was holding my own hand and heart tightly and letting his go.

Grief changes you. People are going to die, and I’ll save you the suspense. It blows. It turns a person inside out to test if you even know yourself in the darkest corners. If you get nothing from my words and story, please consider accepting grief when and if it comes exactly as it is, when it’s standing before you.

Be smarter than I was and let it do its thing. You can take the guaranteed ticket to numbness and denial, but then, perhaps you acknowledge all of it, ugly, dark and sad for what it is instead of letting it morph and twist and manage your life for as along as I did.

Grief changed to allowance of what is, what has been and what could be.

Without seeing all my losses and let downs I couldn’t allow for the next chapter of “what if.” 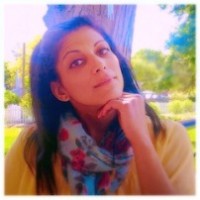