How (not) to Get your Heart Broken for the Zillionth Time. 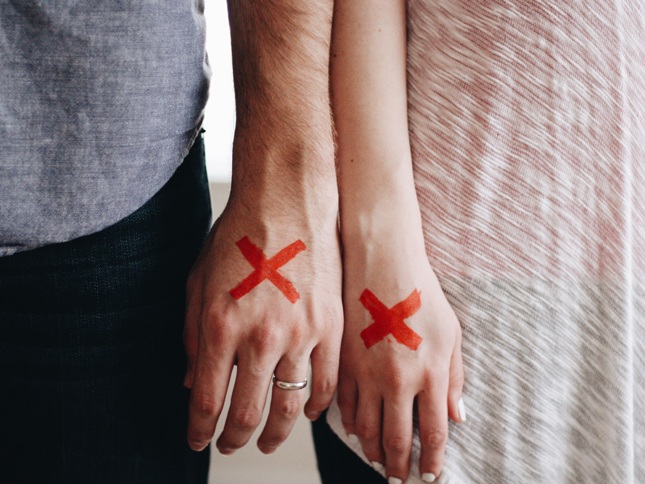 It was 45 minutes past midnight. My friend was already asleep when her phone rang and startled her. A classic midnight booty call from a guy who’d stood her up that evening but had the nerve to call her late in the night, wasted, from a bar, mumbling, “Heeey gorgeous, let’s haaang!”

A few hours before that call, she and I had had a long—and I mean long—conversation. She was so sad, on the verge of crying, disappointed because he hadn’t called to meet her like he said he would.

What’s worse, this was the second time this week that he’d “forgotten about her.” He’d already stood her up few days before, and she’d waited then, too. Six p.m., no call. Eight p.m., no call. Finally, around 11 p.m., she realized that it wasn’t going to happen and that tonight would be pajamas-and-alone time.

He was clearly an a-hole. Completely unreliable, always playing games, doing everything on his terms and thinking only of himself.

So when he calls her out of nowhere at one a.m., a drunken Casanova, what does my friend do?

What would you do?

“Oh no, you didn’t wake me up,” she lies. She gets out of bed, puts on her little black dress and in three minutes rushes out of the house. She drives 15 minutes across the city, and at 1:20 a.m. shows up at his doorstep—ta da!

It doesn’t matter that she has to go to work early the next morning, or that he’s a jerk who can’t pick up the phone for days, or that he’s still dancing around his ex-girlfriend.

No. In my friend’s mind, all that matters is how he said that “what they have is special” and that “no woman made him feel the way she does.” She was special!

How we undervalue ourselves:

My friend keeps on making excuses for her alleged boyfriend’s lousy behavior. “He’s under a lot of stress lately, you know. When we’re together, he’s not like this. He’s a great guy.”

“There’s a side of him that’s so loving and caring. When he hugs me and doesn’t let go, and how we laugh…we’re so good together! And then, sometimes, he acts so strangely. He withdraws. Then he’s back…I don’t know what to do.”

We give so many chances to people who aren’t worthy of it.

We make excuses for non-excusable behaviors.

We give a lot of bad things a pass because of the apparent good ones.

Because someone has a kind and affectionate side, too?

Because they tell you nice things and sometimes make you feel special?

We miss seeing the forest for the trees.

If a person has a loving side but also a jackass side, it should be a huge red flag for you. Their inconsistency should sound a massive alarm.

When dating someone, look at the bigger picture. You need to see the good and the bad—the complete deal you’re getting. Before that, decide what part of the deal is unacceptable to you and you won’t turn your head away from.

Not calling you, treating you with disrespect or neglecting you should definitely be on that list.

How do you do it:

Here’s how I did it. For starters, I set boundaries while dating. Boundaries for what I won’t tolerate or let slide. I’ve set them as a way to keep myself from getting hurt. They’ve saved me a lot of heartache—and I promise you, your boundaries will save you, too. Because you send a clear no to anyone who mistreats you or makes you feel bad.

Here are my top three non-negotiable boundaries. I hold these sacred and never compromise on them. They are boundaries I have for men, but you’re free to modify them for your use and, of course, add some of your own. I hope they’ll serve as inspiration for your boundaries.

I am done with playing games, calculating who called who first, how many times, playing hot and cold, he wants me but he’s making me wait, he’s cool, one day he’s “all in” and the next one “out”…

The moment I recognize he’s playing games, he’s out.

I will be treated with respect.

I want a man who proves that he respects me as a person and as a woman. He respects my feelings and my needs. He listens and treats me with respect. Not only that; he also respects his word. He respects our agreements and values our time together. When he says he’ll be there, he’s there. Any sign of disrespect makes me nip the relationship in the bud.

I have zero tolerance for Casanova behavior or me being “the other woman.”

No, no, no and no. I will not look at you ogling other women, flirting on every corner, or having 30 different female friends who are all your “super-close friends” (but whose names you barely remember) and with whom you’re very physical, touchy and tender.

Yes, I want you to treat other women with respect too—but not with an “I’d like to bang you” respect. There’s a clear difference between the two, and we women see it.

Oh, and yes—you already have someone? It’s complicated? Please, throw my number away.

When you stand up for yourself and show you aren’t anyone’s doormat, you will ensure that everyone will treat you with respect and dignity you deserve. Not one person will ever mistreat you, because they’ll know that if they try to, they’ll lose you and any chance of happiness with you.

This is how you meet someone special. You stop wasting your time on people who aren’t worthy of it and free up your space for those who are. You announce the world what you accept, and you put up a big stop sign to anyone who plays with your heart.

Because a person who plays with your heart is definitely not the person you want to spend the rest of your life with.
So why share any parts of yourself with them?

Take care of your beautiful heart. It deserves true love only. 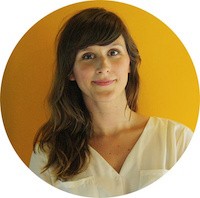 Parker Palmer on How to Deal with Broken-Heartedness

How to feel your Heart.