How Zen Meditation Helped my Autism. 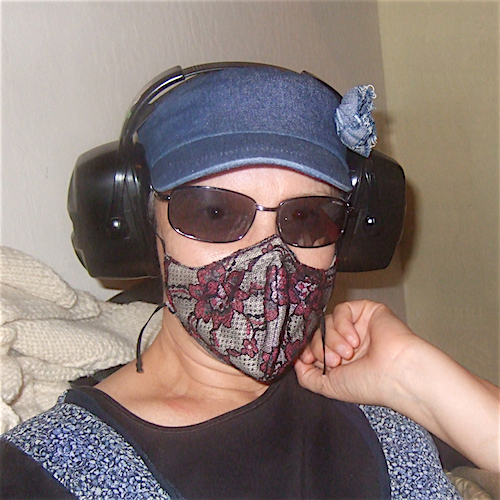 Are we ready to demystify autism?

Each day and age holds its mysteries, and autism is one such mystery of today.

As an autistic mother, immigrant and a Zen student, I feel a responsibility to tell the world what I have learned about autism. I want people to know what my autistic experiences have been like.

Despite my challenges, I am in many ways quite privileged and my survival has been made possible by sustained peace. A disciplined Zen practice has allowed me to survive the terrible chaos and pain that autism is, and along the way I have learned to better (if imperfectly) express myself.

I wrote my memoir, Being Seen, with the hope that it will help some autistic individuals figure out what ails them and maybe to find meditation. Many never do, despite improved knowledge about this condition. This is especially true among the adult population—after all, it took 46 years and a serious illness for my autism to be seen. The bad press is such that it’s no surprise we can’t accept it as a way to describe ourselves! I also hope that my book helps parents, professionals and all non-autistic people to better understand the autistic condition.

I believe that autism is just a variation on humankind: it often existed invisibly a long time ago. The increased intensity of today’s environment renders it more visible and the increase in population may very well have increased its numbers. In countries with less intense environments (often more rural), there seems to be a lower autism incidence rate. At any rate, interest in this mysterious condition has grown radically, fueled in part by the difficulties autistic people face in jobs, housing and other aspects of modern life.

Autism is a spectrum, and I do not doubt that there are many who are more tightly wound in it than me, who may be entirely lost in a world of painful sensations and who cannot speak and tell us what they experience. No two stories are alike, and my own experience points out that the degree to which an autistic individual is affected can vary overtime.

Mental illness has the potential to affect all of us and we may have to navigate around it, at times closer than others. As Edward Podvoll wrote, “If you have a mind, you can lose it.” For many years, it was a not so remote a possibility for me, and during these dark whirl years, this was a close call. It seems to me that for some autistic people, the line between sanity and insanity might be at times so fine that it becomes extremely easy to be pushed over into the abysses of the mind.

Unless they were serious Zen students or in helping professions, few people wanted to have conversations with me as I spoke with such nervous, “pressured speech” about topics they were usually not familiar with, such as sensory challenges and unbearable pain in the neck, shoulder and back. When I was so extremely raw, most people either seemed smug or quickly became uncomfortable with me.

I concluded that mental illness is a taboo, and I felt further despondent because of this. It sometimes just plain hurt to be with others when their ways could be so toxic for me. My behaviors, such as moving away from a fragrance, reflected my pain, but people could not see the cause. Many who had never themselves experienced such a thing could become upset by what they thought to be willful, impolite behaviors.

I often felt like an unseen seed buried far in the ground, not getting any water. After any inordinately stressful incident I became nauseous, had colitis and gastrointestinal pains, and limped painfully for a few days after. Sometimes people thought I was crazy and told me so. In light of this, is it any wonder if emotional insanity develops?

But suddenly, and unexpectedly, I started to recover, and my life picked after the formal diagnosis of autism.

Only two months after starting medicine, I was able to attend one of the annual picnics of AASCEND, a San Francisco-based support group for autistic adults, family members and professional who work with them. There I met Greg, the co-president, and we immediately hit it off. Two major interests bound us together, as we are both on the autism spectrum and he practices Zen in the same lineage as me (Soto). A few months later, Greg moved in with me in what used to be my son’s room (he now lives nearby), and we now share the cost of the rent. It has been five years, and this was completely unexpected. Greg is a handyman and a cancer survivor, and he can only work part-time. Consequently, we are always on a shoestring budget and we do not have a car, partly by choice, but also because it is too stressful.

Slowly but surely my newfound energy kept increasing. Not only was I no longer dizzy, it took me a third of the amount of time to perform the same yoga routine as before, and my threshold to withstand a toxic environment augmented enough that I was progressively able to stop using the hyperbaric oxygen chamber. It was very satisfying to be able to towel myself in the back of my shoulders, or to be able to pass my left arm in the shoulder strap of my backpack without pain.

I wonder if hypersensitivity is really the result of hidden pain? My chiropractor told my neurologist he has never seen anything like that in his thirty years of practice. Judging by how much more positively people react to me, I seem to communicate more efficiently. Though when I pass a pedestrian on my bike, I must coach myself to say loud enough the on your left warning.

The constant exchange of thoughts with Greg has often helped me put into words inner thoughts I never shared with anyone. I have become more assertive and am less rocked by aggressive displays. Mostly, I can’t stress enough how fortunate I am to have a Zen meditation practice, it underlies all of the improvements in my life. When I started I had nothing to lose—so why not sit still for a while with some discipline and regularity?

Sitting zazen never directly made my pain go away, and at times it was just the opposite, as it made me more aware of it. But in the long run, it helped me face the grim reality in a calmer way and find an unexpected clarity of mind. I do not doubt that it is the reason that I kept my sanity and self-respect, at a time when so many people believed I had lost it. I spend more and more time sitting upright, still and quiet on my round black cushion, and find one of the most important improvements in my life is that I now can go practice with others more often.

What started as a miserable and solitary life slowly developed over the years into a life I could not have imagined was possible, and I am curious to see where my life will take me.

Though I must be very careful to lead a quiet life, and I still cannot work much outside, my present well-being is a continuous source of wonder to me. 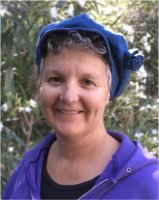