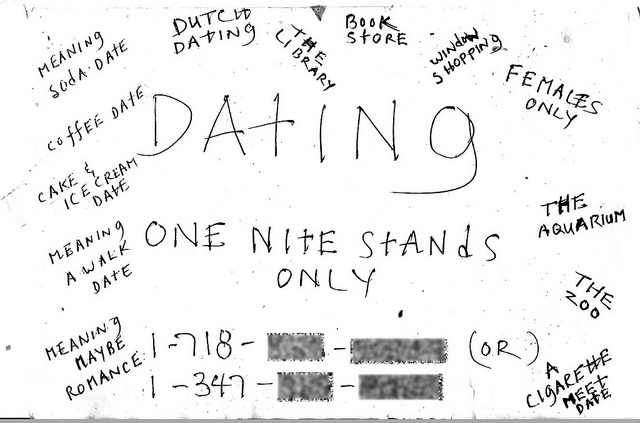 Being vulnerable in the dating world is a hallmark of strength. However, when we’re there in that vulnerability, it doesn’t feel strong. It feels fragile and precarious. It feels like we can be easily broken.

Yet, just the fact that we can keep putting ourselves out there, again and again, is evidence of how strong and resilient we are.

My story is not unique. I got married young, divorced with kids in my early 30s, and now find myself thrown back into the shark-infested pools of the dating world.

The first toe I dipped in was with someone I already knew, and I narrowly avoided a negative situation. You see, his idea of a relationship was keeping about 10 different women on call, telling each of us how special we were. When I noticed all the things that didn’t add up and confronted him, it quickly came to an end.

Fast-forward through conversations and meetings, a few dates canceled due to glaring red flags, and being stood up a couple times, and the first actual date went well. It led to a second date, and a third and into a relationship, though God knows we didn’t call it that.

I went from being the girl who never falls to falling for this guy. And falling so hard.

And being let down.

Not because he didn’t love me back—no, I didn’t really expect him to. After all, we hadn’t known each other long, and I wasn’t eager to rush into anything serious. I was let down because he couldn’t be honest with me and chose to be unkind and disappear from my life rather than telling me he just didn’t feel the same.

Then I put myself out there again. Conversations. Introductions. Dates and more dates.

And I met someone else.

This time I didn’t fall, but I sure did trip a little. We’ve all been there, right? When we meet someone we genuinely like, it’s easy to stumble a bit even if we don’t fall. And as seems epidemic with so many men in their 30s and 40s, honesty wasn’t in his essential makeup unless convenient (my apologies to the men who actually practice honest communication). Instead of leveling with me, he canceled plans, said he’d call and never did.

Here’s the thing (and this is for men and women alike). We can take hints. We can even handle honesty. But no one would know this anymore, because so few people actually attempt it.

I know that confrontation is hard. If we’re not terrible people, we don’t want to hurt anyone’s feelings. But the hurt that comes from disappointment caused by emotional immaturity is so much worse than the sense of rejection when someone communicates their lack of interest. I respect the hell out of that.

I know many single people of both genders who face disappointment after disappointment in the dating world. Sure, sometimes we bring it upon ourselves when we ignore red flags and repeat past negative dating patterns. Other times we make our dating lives infinitely harder by not being self-aware enough to recognize our own flaws.

The dating world would be so much easier for all of us if we could dig deep for our own truth and live by it.

Here are a few simple statements that I hope may be of benefit when we’re looking to end a relationship compassionately (or even change the status) but struggle with being direct and honest. Feel free to practice these statements, memorize them and use them as often as needed.

1. When we like someone but don’t see a future with them and want to move on:

“I really enjoy your company and would like to be friends, but I don’t feel like this is going to develop into a relationship.”

2. When we don’t like someone but don’t want to hurt their feelings:

“I’m really flattered by your interest, but I just want to be friends.”

3. When we’ve met someone else and want to stop dating the other person:

“I’ve met someone else, and I’d like to date him/her exclusively.”

4. When we like someone, but don’t want a serious or committed relationship:

“I need to be upfront about the fact that I just want a casual relationship. I’m not really looking for anything serious or exclusive and feel like I should make this clear.”

5. When we like someone and do want a serious relationship when they don’t:

6. When we’re just looking for a sexual relationship like friends with benefits or a one night stand:

“I’m just looking for a friends with benefits situation.” (Or conversely, “I don’t want a relationship.”)

“Would you like to go out on a date so we can get to know each other better?”

These are general and, I’ll freely admit, stilted. However, we can see the general idea. Whatever it is we want (or don’t want) in a dating encounter, we can practice communicating.

I find that because I’m direct, I immediately narrow the field with my honesty. If I want a relationship and someone else wants casual sex, that gets clarified right off. I’m upfront about whatever it is I’m looking for, because I don’t want to waste my time with someone who is looking for something else or someone who isn’t emotionally mature enough to handle honesty.

While I’ve been disappointed a handful of times in the dating world, I don’t feel sorry for myself. I feel hopeful about the possibilities. In the end, someone else’s dishonesty, duplicity or lack of kindness only reflects poorly on them.

Our value is not decreased by another’s inability to see it, and we only get stronger when we keep making ourselves vulnerable. Sure, maybe we’ll get our hearts broken more than most, but we’ll also have felt more, lived more and had more opportunities to forge genuine connections with other people.

Our vulnerability is our strength. Our honesty is powerful. When we take that vulnerability and honesty into the dating world—despite its rarity—we just might change the game.

A Do No Harm, but Take No Sh*t Guide to Dealing with Others.