My Journey from Iyengar to Ashtanga. 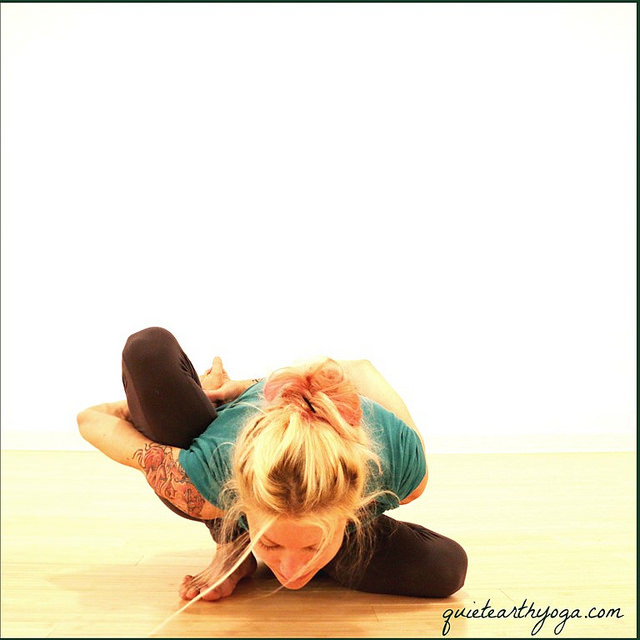 When I was first considering trying Ashtanga yoga, I bashfully approached one of my friends with the idea. “Be careful,” he said, shaking his head, surprised that I could be so foolish. I had heard this warning many times, often from other yogis who had incurred lifelong injuries from this traditional style.

I had been practicing yoga for nearly 10 years, but for one reason or another, I was never truly exposed to the lineage as passed down by Pattabhi Jois. Aside from dabbling in Vinyasa here and there over the years, I was mostly drawn to any style that emphasized and prioritized proper form.

Alignment-based styles—such as Iyengar and Anusara—were all I knew and, in yoga like in anything else, I knew that my preferred styles were the best. Ashtanga yoga, from what I’d been told, was relegated to those lower life forms that were more concerned with getting into “crazy poses” than actually connecting with and healing the body. As for the breath—of course that was central to any practice, not just Ashtanga, and I didn’t really understand how one style could “emphasize” the breath more than any other.

Ashtanga was also meant for what can only be described as “Type A” personalities, a kind of extreme segment of the population that I have tried to distance myself from at nearly any cost. Part of me has always feared that joining a culture of such rigidity and dedication would exacerbate my own perfectionist tendencies. I am someone who lives heavily in the mind, for better or for worse, and I feared that somehow I would lose it through the pressure of a set, daily practice.

But my own practice was developing cracks and fissures. As much as I had thought that Anusara and Iyengar were for us “normal” people, I was so focused on using my brain to get into the perfect pose that these traditions were doing little to help soothe and direct the energy trapped in my thinking mind. And I was hurting myself; rather than truly listening to my breath and staying in the sensations of my body, I was using my brain throughout any and all yoga classes in order to perfect my alignment to the detriment of my body’s health.

A friend of mine, when I was telling her my borrowed theory on crazy Ashtanga types, said that she had always considered those who practiced Iyengar to be much more rigid and strict. That was certainly true, I had to admit; most Iyengar teachers I had practiced with were intense, fiery drill sergeants with massive egos. I had internalized all of those voices, and practice no longer felt good for me—my body was over-stretched and achy, with injuries that simply would not heal because my mind would not let them.

About one year ago, I moved to the island of Kauai and knew that I wanted a different approach to yoga. I had heard of Eagle, the owner and teacher of Pineapple Yoga, and what I heard intrigued me—every student learns a set series of postures, performed at the pace of the breath, while one teacher provides instruction. I had run into Eagle, as well, around the island, and his intensity and his story intrigued me.

A professional racquetball player at the age of 20, Eagle’s future nearly vanished when a near fatal car accident left him debilitated. After receiving a 360-degree spinal fusion laminectomy surgery, losing his professional contracts and unable to move, he knew that he needed a way out. He took his knowledge of yoga, nurturing the seeds that were planted as an adolescent, and set out to heal his spine.

His recovered state of health allowed him to return full time to the men’s professional International Racquetball Tour once again, flying all over the world to teach and compete.

Eventually, fellow athletes were asking him to show them some yoga postures to improve their own performance, and yoga became an essential component of his instructing. His interest in yoga deepened as his racquetball career came to a close.

After moving to Hawaii 15 years ago, a lifelong dream of his, Eagle started what he called “Pineapple Yoga;” traditional, Mysore style yoga on the north shore of Kauai. When I first entered the yoga shala, Eagle greeted with me enthusiasm and patience. He wasn’t interested in hearing about my lengthy experience practicing other styles of yoga; I had entered an Ashtanga shala, and I was there to listen and learn. My ego was obviously a bit taxed at the idea of relearning a practice that I thought I knew so well, but my body and mind were ready for something new.

As I began to slowly re-enter my yoga practice with a deeper and more focused emphasis on the breath, I developed a newfound appreciation for the power of concentration and meditation. I approached my body gently, with slow, considered movements. Loud, audible, deep free breathing, as Eagle often says, is the most important part of the practice. There is no race, no place to be or posture to attain. He pointed at a beautiful 65-year-old woman in the room as an example of where I wanted to be in 40 years. Why rush? A daily, steady practice, he said, will transform your life.

And it has. I’ve been practicing for three months, and I am slowly building up the complete Primary Series, known as yogachikisa (yoga therapy), the foundation of the Ashtanga yoga system. As I’ve been telling those around me, spending 75 minutes a day with my breath and my body has created what feels like three feet between my thoughts and my Self. I am no longer as attached to my addictions or addictive mental habits.

My body has also completely shifted—I am standing up straighter, and leading with my heart. I am developing incredible strength in my core, and stamina to match. Previous injuries and pain have nearly evaporated, and I feel more grounded in my body—it has become my friend and ally rather than a separate entity to be perfected.

Ashtanga has helped me to truly come home to myself.

So, have I learned that Ashtanga yoga is better than other forms of yoga? Of course not—we all come to yoga at different times, and with different stories. If we can learn to listen, how to truly be with ourselves, it will transform us. But often before we can begin to listen, the body must scream to be heard.

Yoga, and life, teaches us how to listen and how to honor each precious moment, no matter what the style. 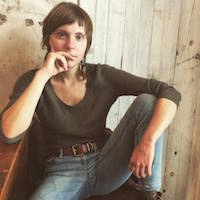