Traits of Bad*ss Eclectic Geniuses & Why the World Needs Us. 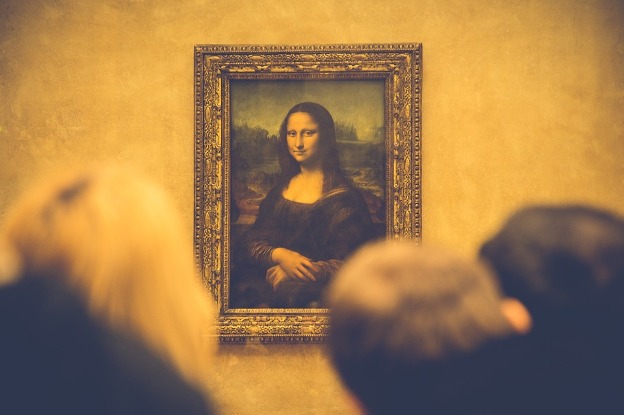 “Specialization is for insects. The human being should be able to do everything.” ~ Robert A. Heinlein

I was about six years old, and it was a torrid August afternoon in my family’s country house.

I had just arrived with my parents from the city, and I was performing the required round of greetings with the enlarged family, followed by the customary commentaries on how much I had grown up, how well I was doing at school, and what sounded like a whole lot of grown-up nonsense to me.

I didn’t know it, but I was about to step into one of those rare moments in life that I would remember forever. Those moments when, like a lost traveler, we unexpectedly come upon a crossroad and we make a decision that will have consequences for the years to come.

That crossroads came under the familiar form of my auntie Laura. She was my favourite aunt, always sweet and calm. She caressed me softly on the hair and, instead of repeating the usual boring stuff, looked straight into my eyes and asked,

“You’re becoming a boy. What do you want to do when you grow up?”

When I re-live that moment in my imagination, it seems like everything had stopped around me, like a carousel coming to an abrupt halt. The room fell silent, and everything else besides my aunt slipped out of focus. I felt a bit like an actor on stage who needed to deliver the most important line in the play, but all I could say was a pretty unimpressive, “I don’t know.”

Which wasn’t entirely true. If I’d had the time to think about the question, I would have realized that I knew what I wanted to do when I grew up.

Everything. I wanted to do everything. But I didn’t have the words to express that.

Now, 30 years later, I do. Unknowingly, as a child, I had already vowed to be a bad*ss, unstoppable eclectic genius.

(And I’m guessing that you might be one too.)

So what is an eclectic genius?

According to the Oxford dictionary, an eclectic person is: “A person who derives ideas, style, or taste from a broad and diverse range of sources.”

Basically, someone who knows a bit about many things, rather than a lot about just one thing. Someone whose curiosity spans the whole of existence, like a massive wide-angle objective that embraces the whole horizon.

A nomad of the spirit.

There is another English word for this: polymath. But I find it a complete turn-off: it sounds like some kind of rare pathology.

Eclectic genius is much sexier.

Now, please don’t take the word “genius” as meaning “someone smarter than the rest.” Our “genius” is our inborn nature, our disposition, our spirit guide. Everyone is a genius, eclectic or not. Some of us specialize, while others stay eclectic for the rest of their life. A few of us switch.

We all know examples of human beings who do one thing, and one thing only, with enormous skill. These are what I call “specialized geniuses.”

Specialized geniuses are, with all my respect, like well-oiled parts of a mechanism. They perform their function, and perform it better and better with time. And we are glad they do. If you are a heart surgeon, we want you to do exactly that and nothing else than that, when you’re at work. Please leave your passion for tango and origami aside.

In fact, the general advice we receive from society is: find your niche, specialize, and become the best at what you do. That way, you’re going to thrive. Specialize and prosper.

So, thanks to the universe for the existence of specialized geniuses.

But what about eclectic geniuses? What about those millions of people who don’t want to specialize?

Actually, eclectic geniuses used to be popular just a few centuries ago. Take Leonardo da Vinci, the Italian artist, inventor, scientist and overall uber-bad*ss eclectic genius. That was a maverick genius who couldn’t care less about finding a “niche.” And yet, his fame continues unscathed till the present day.

In today’s hyper-specialized, profit-driven world, however, eclectic geniuses can have a harder time, both financially and psychologically.

From a certain standpoint, eclectic geniuses are a threat to the system. They might successfully pursue a corporate career, just to drop it when it reaches its climax. Then they may decide to become yoga teachers. Ten years later, who knows? Maybe they’re sailing a boat around the world. Or growing organic vegetables in a remote corner of Australia. Or writing articles for a blog.

In short, the Leonardos of today have an annoying habit of breaking through all labels and mixing everything up. Society can find this pretty confusing.

Take my own personal example: I used to be great at informatics. For that exact reason, computer science flew instantly to the last position in my list of choices for University courses. Instead, I decided to study philosophy, which means that I spent five years arguing everything and its exact opposite. From the standpoint of career and specialization, that choice didn’t make any sense. And yet, I don’t regret it a single bit.

The fact is that, if we look at things in perspective, non-specialized people are important and needed.

Eclectic geniuses have their own function in the bigger picture. And what may that function be?

The way I see it, eclectic geniuses are like bees who pollinate flowers, contaminating the places they visit and the people they meet with the richness of their diverse experience. They are the spiders who build bridges across distant trees. The synapses of the planetary neural system.

If it wasn’t for eclectic, non-specialized people, we would live in an insect-like world, where everyone does just what they’re best at. Things would rarely mix up. New paradigms would rarely emerge.

So yes, maybe as of today, having an insatiable curiosity and spanning the most diverse interests won’t necessarily make us millionaires. But the world needs people who do not specialize. And I’m proud to be one of them.

Are you one of those people? Are you constantly changing lifestyle, profession, country? Does it feel like you’ve lived a dozen different lives already?

Then, most likely, you’re an eclectic genius, and the world needs you.