A Celebration of Female Friendships. 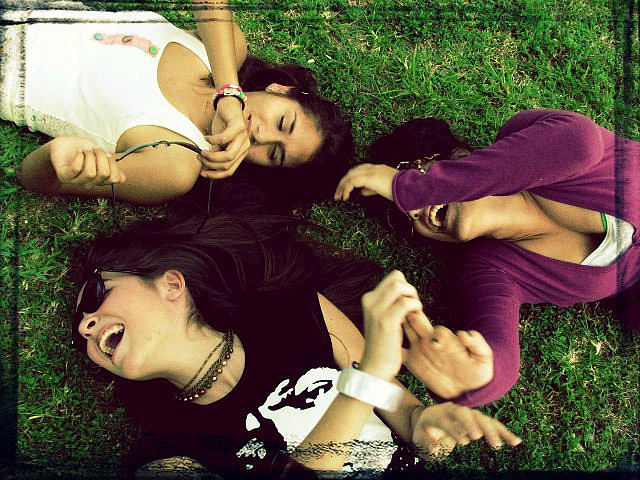 There are women who will tell you that other women can’t be trusted and that male friendships are preferable.

While female friendships can be fraught with challenges, I would assert that the majority of these behaviors are learned.

As women, we learn “how to be female” from the examples all around us. While many of us have perfectly wonderful mothers, grandmothers, aunts and sisters, the media also influences our perception. Unfortunately, most of the examples in the media of female friendships portray gossip, betrayal, spite and jealousy as normal.

I believe that many women outgrow these examples as they mature.

I can certainly attest to the power of female friendships in my life. Over the past several years, life has dealt me many difficult challenges, and while I have appreciated the support of friends of both genders, I must say that it was the collective of fierce women in my life who really propped me up through the worst of it. They were—and still are—my staunch defenders, supporters and encouragers. They are my tribe. If they could, they would smite any person who dares injure my feelings without a second thought. On the other hand, they also confront me and challenge me to be the very best version of myself. They don’t tell me what I want to hear; they tell me what I need to hear. No matter the distance or the hour, there’s not one of them who wouldn’t do whatever was in their power to show their support.

The women in my life are warriors, goddesses. They are fierce in their loyalty. There’s my best friend who has always been my staunchest advocate. Not only does she provide a listening ear at any hour of the day or night, she also tells it to me straight. She stood by me for years while my marriage fell apart, supporting me even when she didn’t agree with my decisions. And she stood by me when I finally made the decision to leave, providing hours of emotional support and reminders that I was more than capable of addressing the challenges that were heading my way.

So many friends have been fierce in their defense and support. When I went through a break up that left me feeling damaged, my friends leapt to my defense, reminding me that I have always honored my heart and intuition and cannot be blamed for someone else’s mistreatment of that trust and vulnerability. But instead of leaving it at that level of support, they also reminded me of my personal power and have refused to allow me to accept less than the treatment I deserve with continued reminders to heed red flags and to stop giving second chances to those who don’t deserve them. They have also encouraged my dreams and have shown as much pride in my accomplishments as I have felt because they want the best for me.

I have nothing against male friends, and I think they add a valuable component to our lives. Having friends of both genders can be very enriching. I would simply like to maintain that there is value in having female friendships as a woman, and I think it’s often underrated. Whether we have one friend or an entire squad behind us, it’s important to have a strong support system.

As a feminist, I also believe that women have a responsibility to support other women rather than tear them down. There’s little I find more annoying than hearing a woman espouse the idea that it’s so much better to have male friends than female ones. While I used to strongly advocate that stance, I now submit a rebuttal to that argument. While having friends of the opposite sex can be tremendously gratifying on the one hand, it can also be very complicated. For instance, I believe the When Harry Met Sally take on male/female friendships, which (to summarize, although you need to watch the film asap if you haven’t already) is that women can be friends with men that they don’t want to sleep with but the reverse does not hold true. I have known (and experienced) many male/female friendships that have fallen apart under the strain of attraction or lack thereof. So while it can be great to have friends of the opposite sex, it can also bring its own stressors to the table.

When we as women build a strong tribe around us, we become more powerful as a collective than we could ever be alone. They say it takes a village to raise children, and we become that for each other by offering a listening ear, advice when needed and endless support. We also support each other through relationships, the good and the bad. We even become each other’s watchdogs by calling each other out, in love, when we repeat past negative patterns of behavior. With the support of other women around us, we can raise our boys to know how to treat women and raise our girls to see how they should be treated. We become stronger societies when we support one another rather than tearing each other down.

I celebrate the women in my life! These friendships are the ones that held me up through my divorce, who laugh with me through the perils of dating in my 30s, who support me in my single parenting, who encourage me to follow my passion. I am proud to be part of this tribe, and I am always welcoming new additions to this web of support. Together, we are so much more beautiful and powerful than we could ever be alone. We will shake our heads when we hear other women make derisive comments about female friendships, and we will loudly and proudly proclaim our tribe, our squad, our support system.