After Orlando: Where we Go From Here. 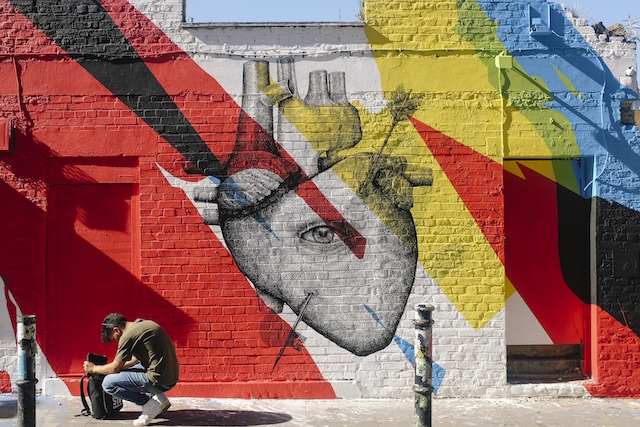 It’s 5 p.m. on Sunday, June 12, 2016, and I’ve only just now found out about the massacre that occurred early this morning in Orlando.

I was enjoying a digital detox on what I thought was a perfect spring day, unaware of anything else going on; I laid out in Washington Square park, had my hair cut by a hot Russian barber named Joey, ate a slice of one-dollar sidewalk pizza.

Then I walked into O Cafe for air conditioning and an iced green tea, and sat at a table by the window. I pulled out my laptop, eager to plug in for the first time all day. I intended to write a personal development article, something uplifting.

And then I saw the news.

It happened all at once, hitting me from all directions. The trending topics, the personal statuses, the viral essays. I consumed it as quickly as I could, robotically, trying first to make sense of it and piece the story together. It wasn’t difficult; the story has been told a thousand times before. In fact, this was the 97th incident of terror this year.

With so many routine shootings in the world, you’d think that maybe we would be desensitized to it by now. Thank God we are not.

I can’t properly describe my emotional reaction, because no matter how I try, it just sounds tired. You know how I felt, because you felt that way, too. But this time, I wouldn’t be moving on and just going about my day with ease. This particular incident hits so close to home, and not due to the close proximity of the event.

This particular incident is a death in our family.

Fifty of my sisters, brothers, and allies were murdered—“mowed down,” as the news reported it—at an LGBT nightclub in Orlando. A killing in our place of worship. I can see the scene as clearly as if I had been there myself. (And that’s what’s truly frightening, isn’t it? Any one of us could have so easily been there ourselves.)

I can picture the gay boys singing, the ladies drinking, the drag queens sashaying. I see the straight girls, with no romantic prospects in sight, there to show their support and demonstrate their loyalty. All races, ages, gender identities and expressions, under one roof together, laughing and celebrating Pride month. Human beings together in a sanctuary where they are finally granted freedom and equality. Tonight, their concern is not who will bash them or what slurs they will be harassed with. Tonight, their only concern is who will they kiss and what they will drink. With their guard down, they can be fully present and carefree. Hashtag living. (Until they’re not.)

The energy in the gay nightclub is palpable. Love, sweat, euphoria, theatrics. I can feel the surge of excitement that moment when the Lady Gaga song comes on. “Yaaaassss!” they yell. Their battle cry. Until the music is drowned out by the sound of gunfire bursting through the air. At first they must have thought it was one of the DJ’s tricks. Maybe the beat was dropping, or the bass was getting bigger. And then their battle cries turned to cries for help.

In formation one minute, running for their lives the next.

Slaying one minute, and slain the next.

The sick irony of the horrific circumstances: that they survived all of the violence, prejudice, bigotry, and hatred on the outside, only to be destroyed within the confines of their one true supposed safe space.

I spend the rest of the evening reading other people’s perspectives and the media’s updates. I watch an emotional Anderson Cooper read the names of the victims and I can’t help but cry along with him. Each one of these individuals is a fully realized, complex human being who has an impact on countless other lives. As unique as they all are, each person is also such a relatable, everyday figure: the barista at the coffee shop, the bouncer at the bar, the travel agent, the dancer.

We all knew them.

I imagine the parents of the victims. The mothers who lost their best friends. The fathers who lost their little girls. Their community of friends who became their family when their’s didn’t accept them. I wonder about the parents who rejected their kids for the way they were born. I imagine the regret they feel when they realize that suddenly that small aspect of who they are doesn’t matter at all. It pales in comparison to the hole they’ve left behind.

As Anderson reads the names, he gives a brief description of each of the victims’ positive attributes. Stanley loved to laugh. Luis loved to dance. Juan loved his boyfriend Christopher. I think of how nice it is that they’re remembered that way. I wonder what it would be like to see everybody in that light in the absence of tragedy.

As with any major event, I go on Twitter to see how the rest of the world is processing it. I see a lot of shared emotion within our community, and I feel more proud than ever before. I’ve written before about the downside of technology dominating our lives, but in times like this, I feel so connected in a very real way.

In a situation like this, you can’t feel sad without feeling angry. Both sides of the party line are outraged. I get it. I am outraged, too. The truth is, this could have been prevented. The last 96 mass shootings could have been prevented. This has become an exhaustingly normal occurrence with one major commonality: all of the perpetrators had legal access to guns they should not have had. How many more lives do we need to lose before we put two and two together? The same weapon links the horrors of Orlando to Aurora, San Bernardino, and Sandy Hook.

I feel truly sad and helpless when I see people arguing for more guns, because that is the exact opposite of the action we need to take. There is such a large population of people who subscribe to that illogic and it blows my mind. Sure, in the literal sense, guns don’t kill people, people kill people—because guns can’t walk up and fire rounds off themselves. But if the terrorist had only a knife instead, how effective would he have been?

We know how more guns will turn out. We are already living with more guns. This is our current reality and it is not working. And the self-defense argument is completely nonsensical, because it’s never happened. In every one of the past mass shootings, the victims could have had guns on them to protect themselves and they didn’t. And we won’t. Who could reasonably suggest having a loaded weapon in your pocket while drinking vodka red bulls at Latino Night? And what kind of society would this be if suiting up for combat to leave the house were the norm?

We need to have these conversations in a respectful and compassionate way. Arguing and mudslinging isn’t going to solve the problem. In fact, that is the same behavior that is at the root of this violence. Hatred fostered by strongly held convictions, the belief that my opinions are God-given truths and yours are abominations. All of this is the cause of violence in the first place. From daily micro-aggressions to political warfare, all of it serves as a microcosm of that insanity. It is all the seed that grows into extremism.

Peace truly begins with us.

We can’t fight fire with fire. Whether that’s adding guns to the gun problem or responding to homophobia with xenophobia. I am so frustrated when I hear people say things like, “I always check for exits anywhere I go.” Or, “I refuse to go to movies anymore.” That form of living—or avoidance—is bullsh*t to me. Not only because it’s a statistically illogical fear that you’ll be a victim of terror, but also because allowing fear to dictate your life is allowing the terrorists to win. We cannot avoid the places that bring us joy. Movie theaters, concerts, nightclubs. We can’t stay home. We can’t remain in the closet.

It is better to die living a full and vibrant life than to live with fear and helplessness. We need to honor the victims by living in a way they would want us to, what they were doing in their final moments. To find humor, however impossibly. To choose love, despite the insanity. To practice compassion, in the face of intolerance. To express your charisma, uniqueness, nerve and talent.

Life is fleeting and unpredictable and incomprehensible, but if we look at reality the way it really is, we will see that what remains after Orlando is still beauty, strength and wonder. 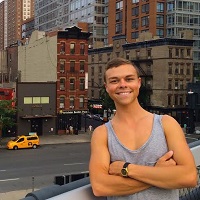