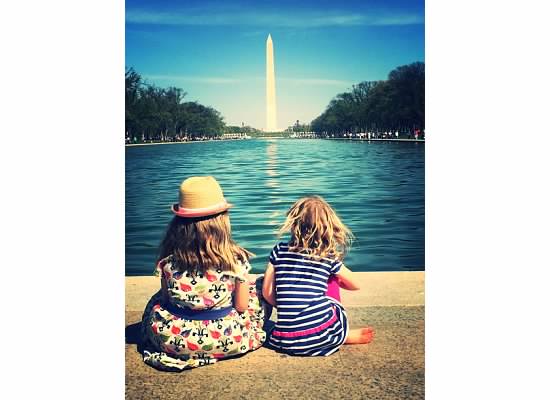 “There was nowhere to go but everywhere, so just keep on rolling under the stars.” ~ Jack Kerouac

Summer is a time when the open road beckons to us with her enticing blend of freedom and adventure.

Yet for many, it seems that’s not an option when we have children in tow.

The truth is that children were made for road trips—we just have to do the preparation and research, so that we aren’t fighting against their natural tendencies, but instead working with them.

The first step is to decide where the final destination will be, so that time can be given to research different stops along the way to visit—after all, it truly is the journey, not the destination, that matters most.

Older children can physically sit for longer periods of time, but younger children (five and under) can have quite a difficult time sitting for intervals longer than six hours—but even for older children, the ride will be more enjoyable if it is broken up by different adventures.

Once you know where your destination is, then you can research what points of interest are approximately six hours away from home.

My daughters and I traveled from New England down to Georgia this spring, and as I was planning the trip, I looked at what a good first stop would be for us—and I saw that Washington D.C. is located about six hours from us. We left early in the morning and arrived in the city by lunchtime; then we spent the afternoon exploring the various monuments and memorials.

It’s all about making time for having fun on the way to your final stop, instead of waiting to have fun only once you have arrived.

Before I had these two little girls in my life, I used to play it by ear with road trips, never making hotel reservations or planning stops along the way—yet I realized that with children, especially traveling by myself with them, I needed to have a game plan.

But just because we take the time to plan out places to see—and make some reservations, so we know where we’ll be sleeping—doesn’t mean that we lose the feel of the ultimate Jack Kerouac Americana-type of road trip that so many of us wanderlust about.

Oftentimes with children, the more we can plan, the more freedom we can then enjoy.

If someone asks my four-year-old what her favorite part of our road trip was, she’d say “driving in the car”—and one big reason for that is the special car kits that I spent time organizing before we even left the driveway.

There are various opinions on using electronics with children—after all, we never used them as children and we did fine, right? Well, although my children probably only watch television a few days a week (if that), purchasing personal DVD players and headphones was a huge help for those longer parts of the car ride, when they were tired of reading, coloring, watching the scenery and asking me for the hundredth time, “Are we at the vacation yet, Momma?”

Each of them had their own basket filled with their DVD players, headphones, coloring books, arts and crafts kits, window markers, magazines, books and other little things that would help them pass the time.  I also included a trash bag for each of them, as well as snacks they could have in the car and their water bottles.

I had to set up the backseat for them to help them be able to manage their own time as much as possible—especially since I’d be occupied doing all of the driving—but it paid off.

By preparing them for the worst possible case of boredom, I was giving myself the chance to have that carefree road trip that I had been craving.

Remember that nothing will go according to plan.

Even the best laid arrangements won’t go according to plan, but the trick is to find the joy in the beauty of things working out as they do—instead of the way we wish they did.

This road trip with my girls was a big milestone for me. Traveling along the entire eastern seaboard with just my girls was something I had desired to do for some time—yet despite how much I wanted to do it, I was also terrified.

I was scared because I was doing it by myself, and I was going to be very much out of my comfort zone—and because even with GPS, I still tend to get lost.

The first day of our 8-day trip, I got very turned around and lost driving into Washington D.C. —so much so, that at one point a little voice whispered to just forget D.C. and keep driving. But instead, I decided to take a deep breath and a second look at the GPS. (And to realize that just because I had a plan, didn’t mean I had to stick to it the entire time.)

Our day in D.C. was one of the times that I know I will remember forever. It was such an incredible experience to walk around the city discussing Martin Luther King Jr. and Abraham Lincoln—and passing down stories of WWII that their grandfather had told me, while we splashed our feet in the water at the memorial.

We hit traffic jams, had emergency bathroom stops and detours through wildlife refuges, and we took the long way to see as much beach and coastline as possible—but at the end of the day it was worth it, not because of the place that we ultimately traveled to, but because of the experiences that we were able to gain along the way.

I decided long ago that it wasn’t important to me to fill my children’s room with stuff—nor was I going to take them to every amusement park within a 200-mile radius to our home—but what I did promise myself was that I was going to show them the world. And there is no better place to start than our own beautiful country.

All we have to do is pick a place—and go.

“Be in love with your life. Every minute of it.” ~ Jack Kerouac