I Had the Perfect Life & Still Felt that Something was Missing. 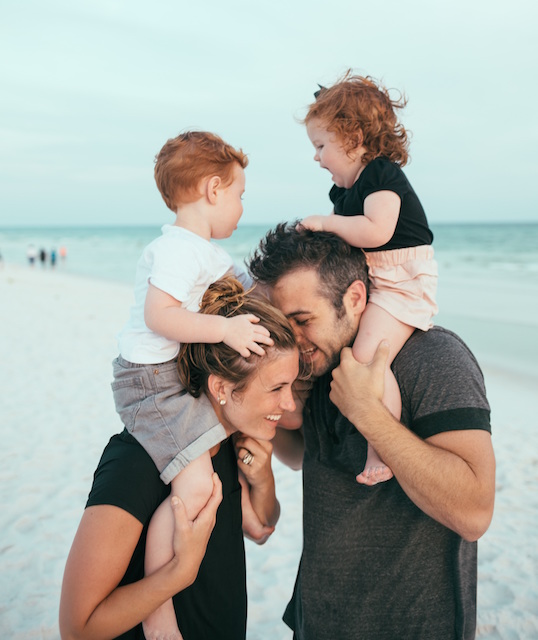 It started sort of secretively. I didn’t think anyone would understand.

It happened during my lunch hours, or late at night. Then, when I got pregnant with my daughter, an element of urgency began to take over and I found myself obsessed.

My life was perfect. I had earned a graduate degree and landed a well-paying, stable government job right out of university. I was married to the perfect guy and we had an adorable little house in an up-and-coming neighbourhood. We travelled somewhat regularly and I had learned how to surf in my spare time.

Still, my life didn’t completely feel like my own—not completely like the one I had imagined for myself. So I found myself secretively spending an increasing portion of my spare time journaling, Googling, reading and pondering:

What was missing? Who was I anyways? How dare I be dissatisfied with the perfect life I had created?

Something about expecting our first baby had sent my world into a tailspin and had heightened my desire to figure it all out. I felt simultaneously gifted with an opportunity to take stock of what was most important in my life and threatened by the change to my identity that motherhood would represent. Though I couldn’t fully articulate it at the time, I know now that I desperately wanted to feel aligned in each area of my life—to feel as though I were living according to my values, reaching my full potential and actualizing my desires.

I also knew that, for the most part, my career was the culprit. While I was happy with my home life, relationships and my physical and emotional well-being, I couldn’t abide by the fact that I had signed up for a job that felt underwhelming, uninspiring and unfulfilling. My journaling, Googling, reading and pondering led me to ask myself deep questions about what I most loved to do, what I had enjoyed doing in my younger years and reconsider my values.

I started to wonder what was possible.

During the following year, as I navigated my new motherhood, I also navigated the territory of my own passions and purpose. I treated this time like an experiment: I wanted to safely test the waters of a more aligned life without yet making any dramatic changes. I started a food blog, published a few articles and delved more deeply into my work as a birth doula. I learned—by doing, not by mere imagination—what it felt like to live in alignment with my desires and intentions.

Fast forward four years. Pregnant once again with my second child, I began to explore what it would take to transition my little experiments in alignment into a full-time career. I created a business that pulled together all the passions I had discovered and that held at its heart the core values I want to uphold.

With the perspective of having nearly completed a major life transition, I realized that many of the women I surrounded myself with—in my business and in my community—had also gone through, or were going through, something very similar. In fact, the more I learned, the more commonalities I discovered.

We were all in our thirties or forties. We had experienced some catalysing event—motherhood for many, a change in relationship or health status, or just an increasingly intolerable feeling of impostering, of living a double life. We had realized that sometime during our twenties, we had begun to live more by others expectations of us, seeking external validation and achievements by which to gauge our worth and that, in this, we had lost our way. We were all navigating the challenge of what it meant to rediscover our identities and make changes to our lives at a time when our responsibilities—to partners, children, jobs and mortgages—weighed heavier than they did a decade ago. All of us were compromising our values, dreams and potential within one or more areas of our lives.

Many of us were going through transitions that felt a lot like the famed quarter-life or mid-life crises but it was an experience that no one was talking about or acknowledging in the same way. I’ve found that this experience—the one I have come to refer to as a Third-Life Alignment—isn’t a crisis so much as a realigning to who you really are and who you’ve always been, despite having been lost for a while.

Now, when I talk about the idea of the Third-Life Alignment to women, I am continually amazed by the number of them who share this experience. They are continually delighted to know that they are not alone. They feel validated when they learn that what they’re going through is normal and the women I work with who feel as though they’ve reached a place of alignment in their lives are transformed. They have a different tone to their voices. It’s deep, self-assured and calm. They have stopped striving for external validation, and they talk about feeling alive again.

One woman I spoke with said, “You know when you’re standing in the truth of who you are; it feels like home. You know what you’re meant to do, there’s almost a power you can feel.”

A coming home to who you are, to a sense of comfort and ease in your uniqueness, in your purpose and in your desires for your life.

It is an incredibly empowering transition and one that is best done not furtively and shamefully but with courage and the companionship of others who are going through the same thing. 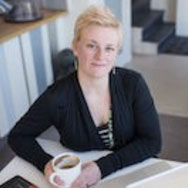