The Dance of Life and Death, & How to Join In. 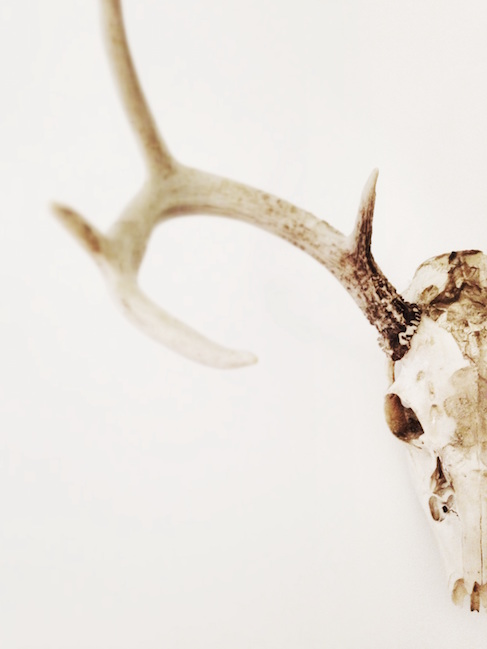 “Man cannot possess anything as long as he fears death. But to him who does not fear it, everything belongs. If there was no suffering, man would not know his limits, would not know himself. ”
~ Leo Tolstoy, War and Peace

I have a painting of Death hung in my bedroom. Here’s what it looks like:

The frame is a chalky-white rugged wood. Trees border the right and left of the painting, half their trunks visible and half beyond the border. They are leafless. The sky is a swirl of navy blue, robin’s egg blue and twinkling stars. There is a butterfly in the upper right corner. Between the trees, a bit left of center, a single red flower atop a wispy stalk is rooted to the earth.

A skeleton crouches in the center of the scene, this is Death. His face is turned from me. He is too occupied to notice me, intent on some purposeful action. His hand is reaching to the base of the single red flower, bony fingers gripped tight around the stalk where it descends into the dirt.

His vertebrae are distinct and exposed, countable. Red flowers grow from between each. Not just a single flower, but many. A brilliant garden of red flowers atop wispy stalks burst from Death.

I have this painting on my wall to preach the cycle of life and death.

I have watched my dreams die. Ambitions of fame and fortune have sprouted and been harvested time and again. No NFL for me. No rock stardom either. No adoring crowds. More importantly, the little dreams I never realized, the ones subject to death too, must be acknowledged. Finishing first in a local triathlon, operating a successful business, learning to play guitar…all dead.

I have watched myself die.

I remember fondly my 12-year-old self. He loved fishing. When the worm was pushed onto the hook, his hands trembled with excitement. When the bobber was pulled under, his heart sank. He loved orange soda in a glass bottle. He loved his golden retriever. He loved his rock and stamp collections. He loved turning over rocks and logs and seeing what was under there. He was a nice boy.

I cry for my teenage self. He was confused. Always under a dark cloud. Nothing was easy. School sucked and friends were scarce. He had no idea how to handle the stresses that bloom with puberty. Insecurity plagued him as much as his acne. He was sad when he died.

I cringe for my 20-something self. He worked hard, usually multiple jobs. Delivery driver. Farmer. Factory worker. Difficult jobs. No glory. Low pay. He did his best. Worked his ass off. He was a good husband and father and friend. I won’t lie, I miss him a lot.

My 30-something self makes me pause. His tombstone reads, “Big dreams lie here.” He was going to rule the world. He was willing to tackle big things and I am glad he did because I am reaping the fruits of his efforts. He went back to college, graduated and became a teacher. I am proud of him for that, it wasn’t easy. But he had to watch his marriage fail. That is what killed him.

Certainly you must see the connection between my painting and my story. Death is always present, but so is life. Death is an active agent in life, the hero behind the mask, one unrecognized and underappreciated, despised even.

Even if I could, I would not change a thing. Would I resurrect my 12-year-old self? Never. To do so would be to display a titanic ignorance of how this life works. It would only serve to spit in the face of my present self.

All things have their life, and from their death, more life sprouts.

Being a teacher has given me a clear vision of this truth.

On the final day of my first year of teaching I cried. I was sad. I was going to miss those kids. We had grown into a family and now it was over. On June 8th, we were one, and on June 9th, we were thirty-one.

But now, with many last days of school behind me, I do not cry anymore. I smile. In September, we begin a journey together, one with a defined end point in June. We know it is coming. And it does.

I embrace the process, the life cycle of our class, our temporary family. To expect more would be folly, an outlandish attempt to outwit the fates. Instead, I look out and remember a thousand acts of kindness, an ocean of laughs, a heap of love…and I smile.

So it is an eternal cycle, life uproots death and death uproots life.

And when I finally recognized that process, I found peace. 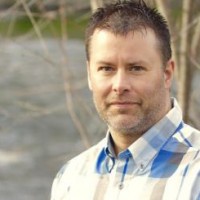 John Geers lives and writes in Hartland, Wisconsin. His debut novel, Emerge Beyond Circles is available on Amazon. He loves a good story, warm weather, and witty puns. He can … Read full bio