The First Step in Letting Go. 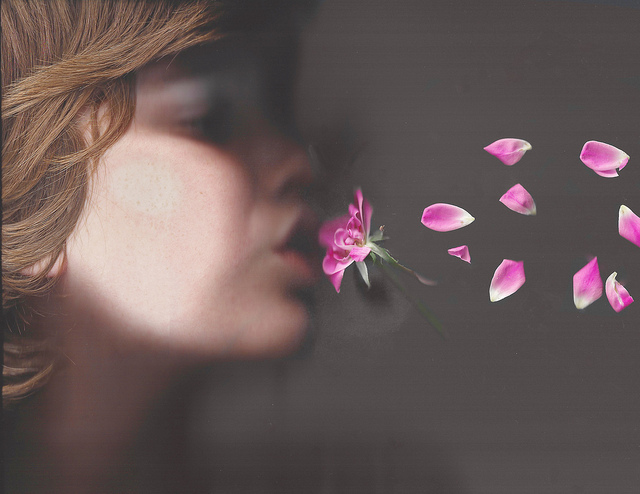 My deepest intuition has always been to hold on.

As far back as I can remember, I’ve held on too tightly to every attachment, and I’ve done everything in my power not to let go. To never say goodbye. To be steadfast in my devotion to anything and everything. White-knuckled, fists clenched, clawing for a stronghold that will allow me to resist change.

As an introvert who was constantly uprooted in my childhood, my natural inclination to hold on became something tenacious. I became dogged in my commitment to keep everyone in my life close, writing letter after letter to maintain friendships that would likely have faded naturally over time. I even held on to one friendship long-dead for over a decade before I was able to find enough peace to let go.

I became exhausted by the struggle to hold on, constantly disappointed that others could let me go so easily. Closure eluded me, and my past became something that haunted rather than comforted me.

I now have a new devotion: I’ve become steadfast in my desire to change, to challenge myself to grow through my struggles. An essential part of my growth has been learning how to let go. Or, rather, learning to only hold on to the ones who are holding on to me. I’m working every day to let the rest go.

There is peace to be found in learning not to hold on so tightly.

We are the storytellers of our own lives. We create the life that we lead by the stories we tell about it, and I’ve learned to become a more compassionate author of my own story. I noticed that the story I told myself about how others could let me go so easily has infiltrated my entire life view. I do not trust other people’s loyalty. I doubt the capacity of other people to love me as I love them. I have one person in my life I trust absolutely, and everyone else presents a risk to my fragile heart.

In every story that we tell, there is a protagonist (the hero of the story), an antagonist (the villain), and an obstacle to overcome. There’s even a foil who provides contrast for the characters. With each of these factors in play, a story forms. When we’re the ones telling the stories of our life, how are we casting our characters? Are we the victim or the hero of our own story?

Knowing what type of story we’re telling is important if we want to create change.

When we hold on too tightly, we form a story in which other people’s lack of consistency is the villain to our steadfast nature. Holding on becomes our strategy to overcome the obstacles, when what we really need to do is let go. It’s exhausting, and we feel fragile and easily broken. At this point, it becomes essential that we begin to tell ourselves a different story, and that all starts with being aware of the story we’re telling right now.

When we become aware of the plots we’re spinning, we can begin to feel more empowered to actively participate in their creation. Instead of manifesting a victim mentality, we can begin to learn how to make changes that will allow a new story to emerge.

My challenge will continue to be letting go, since, to this point, I’ve so consistently told a story where I’m hanging on despite all odds. This type of persistence can be admirable, but it can also be any protagonist’s downfall. While everyone else has been busy living their lives in the present, I’ve held on to a past that is gone. Now that I see the pattern, I can create a life that’s fully present and includes only the people who want to be in my life right now.

Neil Gaiman once said, “I like stories where women save themselves.” We’re not able to save ourselves when we give up our power by holding on too tightly. Perhaps we’re holding on to ideas that no longer fit our lives or careers that we desperately want to leave. Perhaps we’re staying in relationships that we know aren’t healthy.

Whatever it is we’re holding on to, we need to keep one thought in mind: if we have to hold on to something so tightly, it probably isn’t for us. What’s meant for us will stay whether we are tightly holding on or not.

This isn’t to say don’t work on your relationships. Rather, we should learn to accept that when other people want to leave, we should let them go. Let’s not continue trying to keep those who don’t really want to stay. That’s not the story I want to tell.

Letting go is a practice, as much as yoga or meditation or living mindfully. In our meditation practice, we train ourselves to let our thoughts come and go. It’s strange how often we resist that with people or ideas.

When we begin to take back our power and tell a new story, we find that letting go becomes somewhat easier. We’re no longer burdened by the effort it takes to hold so tightly. There’s peace in just letting go, trusting that everything will take care of itself.

So take a deep breath in. Hold it for a moment. Feel it filling up your lungs.

And just let it go.

Release the breath slowly. Let it all out. Let go.

And again, as many times as it takes to get to a place where letting go becomes almost as natural as just breathing. We can take those deep breaths, let them go and begin to tell a new story.