The Profound Lessons India Taught Me about Yoga & Myself. 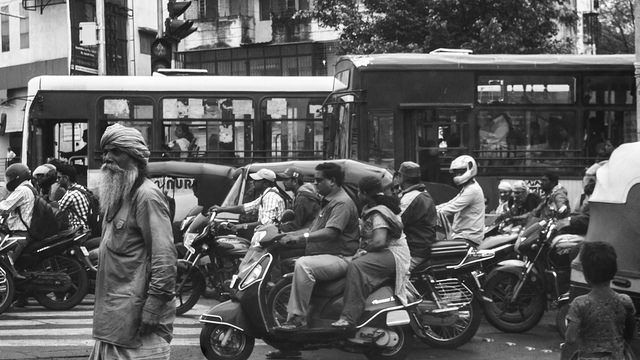 I’ve heard it said that one either loves India or hates it. When people ask me how I liked India, I always think: Do I love it or do I hate it? Well, neither. I respect India.

What India Taught Me about Me

With a population of 1.2 billion people, India is the second most populated country in the world. This means you are never alone. There are literally people everywhere.

I’m from New York City, so I should be used to people everywhere and crazy traffic, right? Wrong. India is on a whole other level. Walk anywhere in India and you will be slapped in the face by a cacophony of horns, shouts, barks, and moos. The noise is constant. The movement is constant.

The concept of personal space is absolutely nonexistent. Most places in India also don’t have sidewalks, so everyone and every thing is sharing the road. I learned to stop looking at my iPhone while walking. To do so is incredibly dangerous because at any given moment there will be people, cars, rickshaws, scooters, or cows coming your way—and if there aren’t, there’s always the chance that you’ll step in cow sh*t. India taught me the importance of being present.

The bathrooms in India are almost never going to have toilet paper, and if there’s hand soap, that’s a lucky day. So I carried around toilet paper and hand soap sheets for three months. I’m still carrying them around, should the need arise.

I’ve learned to take care of the comforts that I absolutely need, and to let go of all the rest. Being on an Indian train for nearly 24 straight hours and getting your period at hour three is a swift way to learn just how much discomfort you can deal with. I’ve learned that I can deal with quite a bit.

India is unapologetic. It doesn’t care who you are, where you came from, or what your story is. In India you better be moving, doing, and fighting, or you will be swept away in the clamor of it all. Indian people are gritty. They are some of the most entrepreneurial, ambitious people I’ve ever seen; they are tough as nails and do not f*ck around. They are also beautiful, kind, and steeped in their traditions; they are incredibly curious about foreigners and open to sharing their culture. Being among the people of India was truly humbling.

What India Taught Me about Yoga

I spent a total of three months in India, during which I attended as many yoga classes as I could afford, and I finished it all with 300 hours (six weeks) immersed in all things yoga, in yoga teacher training. I attended a traditional Hatha training at Rishikesh Yog Peeth, one of the many yoga schools in the area.

I had my likes and dislikes about the course, but the most wonderful part was my teacher. I think that anyone who wants to teach yoga, or who wants to delve deeper into the true practice of yoga, should go to India at some point and learn from a teacher who lives it. The teacher is important. Yoga has become an ever-growing business, and as such there are more and more teachers each day; one of the things I have learned is that just because a teacher is Indian does not mean they know what they are talking about. I was lucky enough to have a teacher who grew up learning Sanskrit (the language of yoga) and studying the yoga texts. He practices kriyas (cleansing practices), meditation, pranayama (breath work), and asana on a daily basis, in addition to studying yogic philosophy. He’s the real deal and I think it’s important to learn from someone like this.

One of the things that I re-learned during my time in India is that yoga, as it is practiced in the West, is just a glimpse of what yoga truly is; it’s just a sliver of a vast practice that is a way of life. Yoga is discipline. It’s work. In the West it has become a leisurely activity; we do it on a Sunday morning before brunch with our girlfriends—and that’s great. I love that side of it too. But that’s not all of it, and I believe that we are missing out on something beautiful and rich, and life-improving. Yoga in the West is about de-stressing, and while that is certainly a first step, it is only a first step. De-stressing is required to relax the mind, which then allows us to control, improve, and quiet the mind. That’s harder work though. It requires study, patience, and discipline.

During training, our teacher said to us one morning that “yoga is not fun.” At the time I blew that off as silly; of course yoga is fun! But I understand what he was saying now. Yoga can be fun—I love a good flow with pumped up music that makes me feel good. But that’s just the surface of yoga. The deeper stuff happens in the more unpleasant parts—sitting still for 30 minutes at a time until you have pins and needles in your feet, practicing the postures you hate and holding them for at least 10 breaths, taking part in cleansing practices that are counter-intuitive and uncomfortable (the aforementioned kriyas), reading the texts even though they are mind-bogglingly confusing—and doing these things regularly, seriously, with discipline.

Perhaps the most important thing I’ve learned about yoga is that my practice is for me. Our teacher often told us to know our own beings, and to practice yoga for the purpose of improving ourselves. He also repeatedly reminded us that we are each responsible for our own journey. I’ve learned to practice for myself: to observe my body, my breath, and my mind with a heightened awareness so that I can practice what I need, not just what I want.

Will I Go Back to India?

As my time in India came to a close, I was absolutely ready to move on. I was tired of dodging people and scooters and cow sh*t everywhere I went, of being constantly hyper-alert and constantly bargaining. India is exhausting! Now as I look back on my photos of the River Ganga, I miss it. I miss the sounds, the colors, and the chai. I even miss the non-committal Indian head bob that drove me crazy. In short, I will be back. I don’t think that India has taught me all that it has to teach me. Besides, where else am I going to get chai that good? 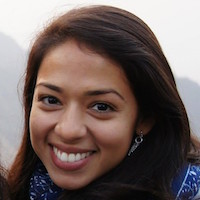