We are What we Fear Most—Looking Within After Orlando. 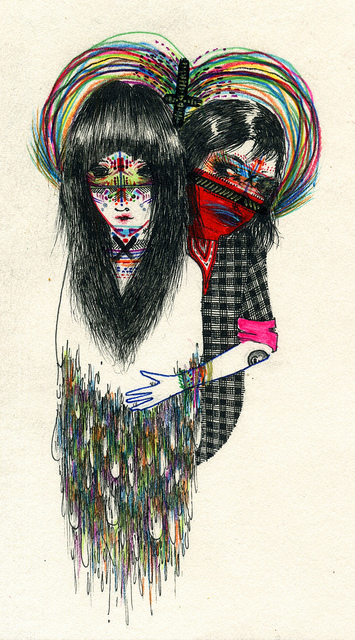 In the wake of the shock and horror of yet another shooting, I was reminded of something I wrote a few weeks ago on the violent imagery in a famous Hindu Epic called, The Devi Mahatmya, which I translate as, The Grand Story of the Divine Mother.

“The description of the scene of the battle is vivid and shocking. The narrators do not hold back in their description of the goriness or the brutality of the war. Devi means business. The demons have no place in her world, and she destroys them. A lot of people (including me) who read these stories at first like to distance themselves from the violence. We think of ourselves as peaceful individuals. The mass shooters and terrorists are outside of us—they are beyond our empathy or understanding. The fact that this is not true was brought home to me vividly over the last couple of weeks.

I remember feeling disappointed about a Facebook post of a dear friend who posted a political view that was diametrically opposed to mine. I did not respond on Facebook because I noticed how angry I was at her dismissing what in my mind is possibly the most significant movement of my adult life—the Sanders’ campaign. The more important point about it, however, was that I noticed that as I began formulating arguments against her post in my mind, my desire truly was to annihilate her opinion and, in a sense, her sense of well-being. I wanted to swat her off like a fly and feel her being defeated in the argument.

Do you recognize that? Do you realize how violent our intention is when we are fighting to uphold our viewpoint? It is in part because our point of view is our identity and someone challenging it is akin to them questioning our whole being. So the natural response is to question their being and existence. That is violence—whether we use a gun or not, it is still the energy of war. an energy we shy away from facing by justifying our anger and disappointment more and more loudly as we feel more and more threatened. Perhaps what we are most frightened of is the capacity for violence within ourselves. Maybe all of the shouting and protesting we do helps us not face this demon inside us that wants to protect our identity by killing the other. “

I ended the piece with the following paragraph:

If we all did that, could we begin to live in a society that is comfortable with the fact that we all have violent tendencies within ourselves? If we all embraced that part of us and accepted it instead of hiding from it and disowning it, we would create a society where a person experiencing such violent emotions feels safe enough to express them, and understands that such emotions in different degrees are part of the human psyche. What if that reduced the need for them to explode into a crazed acting-out of these emotions?

As we all feel somewhat powerless in the face of these acts of terror, it is good to remind ourselves that the non-violence that Gandhiji, and Martin Luther King Jnr. after him, taught was not just avoiding physical acts of terror. It was a spiritual space where compassion and love replace the sense of “otherness.”

“The non-violent resistor not only avoids external, physical violence, but he avoids internal violence of spirit. He not only refuses to shoot his opponent but he refuses to hate him. And he stands with understanding, goodwill at all times.” ~ Martin Luther King Jr.

“I would not look upon anger as something foreign to me that I have to fight… I have to deal with my anger with care, with love, with tenderness, with nonviolence.” ~ Thích Nhất Hạnh, Being Peace

As we all struggle to come to terms with another tragic expression of “otherness”—this might be a good time to journey within and begin to recognize the vast spaces in each of us that we would rather not face.

Let us start acknowledging our tendency toward violence, hostility, coarseness and dishonesty and learn to love ourselves anyway. That is the challenge—to accept the worst within ourselves and be comfortable with it. Then, there is no need to hide and suppress our self-loathing and project it as hatred toward the “other,” because the “other” ceases to exist.

“To transform the world, we must begin with ourselves; and what is important in beginning with ourselves is the intention. The intention must be to understand ourselves and not to leave it to others to transform themselves or to bring about a modified change through revolution, either of the left or of the right. It is important to understand that this is our responsibility, yours and mine…” ~ Jiddu Krishnamurti 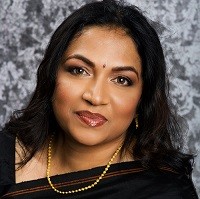