What Being Ghosted says About Us & What we can do to Avoid It. 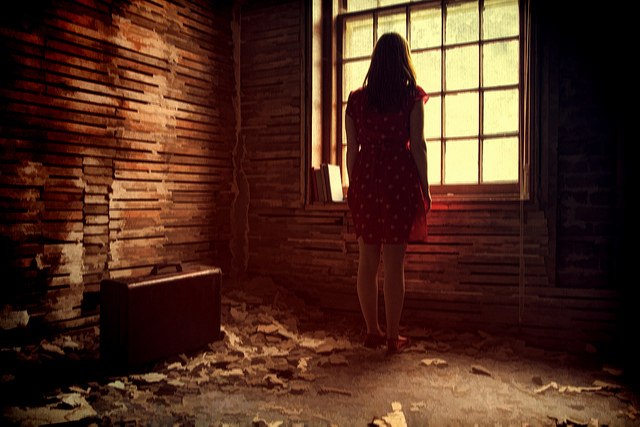 She scanned me with those intuitive eyes, making me feel like I was being read by an MRI machine.

“Oh yeah, that neck and into the shoulder looks like you’ve been side swiped. You were really blindsided.”

I knew where she was headed.

The medical medium who stood before me pointed to the left side of my body. I never told her where I was injured and she was, of course, correct about my physical injury.

I mentioned I had been energetically and emotionally out of balance for some time. I was struggling to get back on track as I accumulated one left side injury after another. One of the “gifts” 2015 gave me was a gnarly break-up from someone I had been dating for close to two years. I had been having issues with my entire left side—my feminine energy side—and emotional health for some time now.

If only my intuition had given me any hint that the man who professed his love to me, who met my family and friends, said he wanted to marry me and to whom I freely gave all of my heart, would one day ghost me…never to be heard from again.

“It’s as if he just side swiped you like a karate chop to the throat chakra and silenced you good.” The medium continued to scan me. Of course, she wasn’t talking about a real physical assault. Although, my sensitive body and delicate heart took it that way.

Being ghosted was not a great place to be as a successful female life coach and teacher who was only getting older with each passing day. I was ashamed, confused, depressed and terrified. I used those feelings to sulk for a while before I could take some positive action.

I cried for what seemed like forever. I went back to therapy. Meditated. Spent lots of time alone and with those who really did love me. As I pondered my purpose in life, I also reviewed my part in this toxic relationship that left me so wounded.

Eventually, I tip-toed back into the dating world from a place of wholeness and love. Fear of being hurt again or choosing the wrong person was not an option. I needed to make sure I loved myself enough to make sure being ghosted never happened again.

Three things needed to change to avoid being ghosted a third time. Yes, I was sorta ghosted before, and yes, I know the rule when it comes to repetitive scenarios that cause pain and suffering. First time, blame the universe, the other person or write it off as a fluke. Second or more times, flip that lens inward and take a hard look—it’s time to make a change in yourself.

On another earlier occasion, I had dated a man with kids for only six months with the same deal. Met the kids, he met my family, spent lots of time together, traveled, went on holidays and started to talk about moving in. Moved a few items in and bam! Ghosted.

This ghoster reemerged after a few weeks (so maybe more of a zombie than a ghost) with a sh*tty explanation I totally tried to accept. Given my high propensity for forgiveness, understanding, learning and my open door policy in dating I allowed him to creep back in. Apologies and authenticity abounded when my boundaries should have been solidified. It was no surprise when round two abruptly ended.

The three things that needed to be changed were in my power and are in the power of anyone who has ever been ghosted while being in a serious long-term relationship.

1. Heal self-esteem and self-worth issues a.s.a.p. That means find a good therapist.
2. Learn how to set better boundaries and have the discipline to keep them—even if it’s hard to.
3. Stop trying to date, save and fix people who we suspect are clearly suffering from a serious personality disorder like NPD (narcissistic personality disorder). It’s important to use our intelligence (what we know and see) about another to overrule what we feel sometimes.

Both the ghoster and the ghostee are emotionally fractured in different ways. An imbalance of personal power in the relationship at the get-go often leads to the painful experience of being ghosted. It takes two to tango when it comes to ghosting, even if one or both of people are doing so unconsciously.

Ghosting is more about an inability to handle and communicate complex feelings. It’s a cowardly, passive-aggressive behavior that seems like an easy or less complicated way out for the person who is doing the ghosting. Statistically-speaking ghosting causes pain for both parties involved. Although I admit I find it hard to believe the ghoster feels half as much pain as the one who’s been ghosted.

I once had a life-coaching client who laughingly bragged about the women he’s ghosted. When I explained the cruelty of his actions, and tried to help him become accountable for what ghosting does psychologically and physically to people he said, “Well, it works for me.”

That’s when I had to end our working relationship and refer him to a psychotherapist I work closely with. Some ghosters are aware of what they do but choose not to be accountable or change, while others are afraid to communicate.

But some people may have an underlying personality disorder besides a lack of empathy. There could be a potentially a more serious disorder like NPD or Sociopathy. When we choose to be a “we” instead of “you and me,” statements like the one above are unacceptable for healthy people looking for healthy loving relationships.

If we’re someone who gets ghosted, we need to realize that accepting this behaviour says more about us and our self-worth than it does about them. If our partner can’t see this, we need to take this as a warning sign and move on to healthier dating and relationship pastures.

As a life coach, I can say most people really struggle with learning how to communicate complicated feelings in relationships. It is a skill that can and must be learned by all involved if we want our relationships to be healthy, loving and lasting.

So, how about we leave ghosting for supernatural thriller films and those who have passed on and learn how to join the world of the living, loving and kind-hearted communicators?
~ 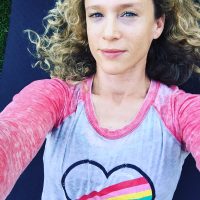