What We Really Think of your SUV. 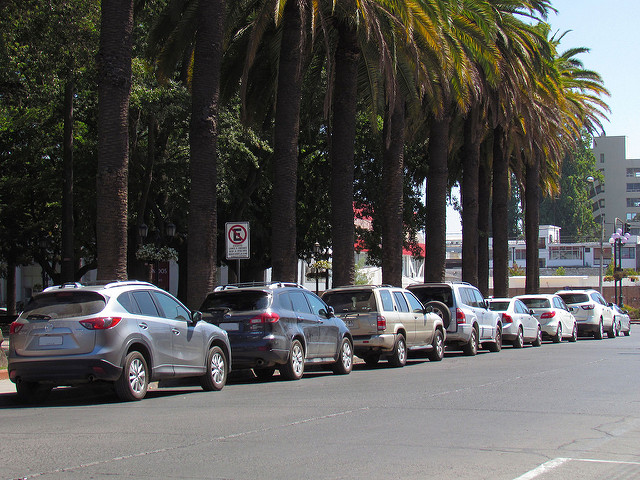 There is a peculiarly American absurdity to the mother of a tiny toddler climbing into her luxury SUV to risk the lives of other children in smaller cars, on bicycles, or walking; yoga-girl murdering the future with excess emissions in her fresh white, Land Rover; Bubba in his monster truck ruling the road in compensation for a lack of mental prowess. The SUV has become the standard-bearer of the outdated, outworn and thoroughly outgrown bigger-is-better paradigm of late industrialism.

Whereas most environmentalists pay more to pollute less, the proud new owner of a mid-size SUV or monster truck pays big to sully the skies. Thousands of dollars that might otherwise be spent on fine meals or charity are blown instead on the right to wreck the planet. Some people need these vehicles for work in construction or to carry around their flock of five adopted children, but this article is about everyone else, who drives alone in a personal palace.

Many argue these postmodern dinosaurs are more comfortable, spacious and safe. But arguments like these only demonstrate their owners’ narcissism. Everyone loses when everyone drives an SUV. When they dominate the roads, their sheer tonnage makes it dangerous to drive anything smaller. And it does not matter if you are one of the few whose monster is a hybrid; the size of your vehicle will pressure other drivers, who cannot afford a hybrid, to trade-in for something bigger.

When everyone drives an SUV, driving a compact car is dangerous. For if you do, you are less likely to be seen and more likely to be hit; and since all the other vehicles on the road will be larger than your own, you are more likely to die in a car crash as well. But SUVs have their own safety problems, with many models prone to tipping over because of their height, and the false sense of safety implied by their size leading their owners to drive unsafely, which further contributes to more dangerous driving norms.

When everyone drives an SUV, lanes and parking spaces have to be wider, and since each automobile takes more space, more lanes need to be added, often at the expense of bicycle lanes and sidewalks. More city space must be devoted to automobiles and less to people, and this costs more tax-payer dollars; hence, compact car owners and bicyclists must pay more to be dominated. Pedestrians are also dwarfed and less likely to be seen amid a sea of steel, thereby diminishing the quality of life in cities. Even as they feel more crowded, they are less able to comfortably contain higher numbers of people, and the lower population density makes it more difficult to sustain mass-transit systems, while further driving up the costs of city housing.

The outsized impact of massive automobiles is no accident. Part of the thrill of driving these hell-on-wheels lies in their dominant position in a hierarchy of other automobiles; individuals who feel dominated at work can dominate others on the journey home. Giant automobiles make pedestrians and cyclists feel small and vulnerable; they rule the roads and make a display of wealth, telling the weak and poor that they do not matter. It is a message as disproportionate as it is shameful.

It is easy to blame the “conservative other” for inaction on climate change, and according to a study by the automotive consultancy, Strategic Vision, roughly three-quarters of large SUV and mid-to-large truck buyers are Republican and only five percent Democrat. But in spite of the fact that there is virtually nothing liberal whatsoever in an average size SUV, Democrats buy slightly more of these global-warming-machines than Republicans. And this makes it harder for liberals to discuss climate change without looking like total hypocrites.

There are systemic solutions galore: we can tax carbon emissions, make city-parking spaces smaller, charge more for larger parking spaces, create fees based on the mass and tonnage of vehicles, hold advertisers accountable in the way we do cigarette manufacturers and give back the extra earnings to small car-owners in the form of rebates. But there are also normative solutions: we can recognize the harms committed by the owners of these vehicles and not buy them, and when our friends do, we can call them out.

Of course, some will counter that these gas-guzzlers are needed to get around in the mountains or to haul around stuff. But when this is the case, we should recognize the environmental costs of spending time in nature and the hidden costs of a consumer lifestyle. Even when the ownership of an SUV is justified, it is usually as a component part in the commission of wider environmental harms.

The most beautiful cities in the world, Amsterdam and Rome, Budapest and Venice, were built on a human-scale, where the interconnections between water and land, ancient churches and cultural styles, can be lived and felt. Not so the American city. Here the automobile rules, and the new monsters of the road have made it all the worse. It is time to get personal and say it out loud.